The Daily Texan is a student run newspaper at the University of Texas at Austin that covers events occurring throughout the school, state of Texas, and country. 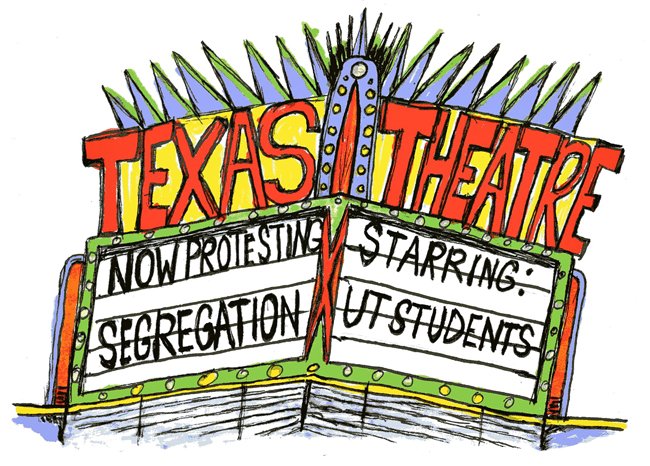 The Daily Texan is a student run newspaper at the University of Texas at Austin that covers events occurring throughout the school, state of Texas, and country. Initially, the Daily Texan focused on presenting news that pleased its readers rather than take a stance on events. The first editor, Clinton Brown stated, “The Texan will contain lots of news and very little expression of opinion” [1] The newspaper did not have the freedom to take true stances on issues until the Supreme Court deemed the press freedom of censorship.[2] As the newspaper progressed and covered more stories such as civil-rights marches, McCarthyism, and anti-war protests, the Daily Texan developed a voice with a more liberal stance on issues. In the words of Ralph Yarborough, the Daily Texan was the “only free college paper in Texas”[3]. With liberally minded writers and editors such as Ronnie Dugger, Robb Burlage, and Kay Votemann, The Daily Texan became the platform that gave a voice to elements of the civil rights movements such as the protests and organizing that exposed the racial segregation at UT as well as across the nation.

By the late 1950s and early 1960s, when the Civil Rights movements gained momentum, The Daily Texan had been around for over half a century. The Daily Texan had already established a large readership and was known as the periodical of free voices exposing liberal viewpoints. The Daily Texan advocated for the civil rights movement by informing students of sit ins and protests occurring on campus. In 1957, Barbara Smith Conrad, a Black female student was told she could not play a lead role in a school play alongside a white male lead. The Daily Texan covered the segregation of the theater program at the school. According to The Daily Texan, in December of 1960, students would lead protests in order to fight the segregation. One protest included students going to buy a ticket at the ticket booth stating, “I would like to buy a ticket if everybody is being admitted,” [4] As the Daily Texan published these occurrences, efforts to ingtegrate the university became more well known not only throughout the university, but also across the country. When students returned to school after winter break, they received a message of approval from first lady Eleanor Roosevelt, “I am personally grateful to the Texas students for making the effort to bring about the end of this kind of segregation.” [5]Ultimately, the theater department at the University of Texas integrated its theater and allowed all students of any color to buy tickets to see school plays.

The Daily Texan attained eloquent writers with democratic and liberal learning views towards its editorial staff. Ronnie Dugger. A celebrity on campus, editor of the Daily Texan and Texas Observer, and co-founder of The Alliance of Democracy devoted his time to uncovering how certain events were portrayed in the media. He lost supporters and part of his “fan club” when he began to cover the case of a Black teenager killed in East Texas by a white killer. In his research, he questioned the ruling of the white killer as not guilty by an all white jury. The commitment to exposing unrighteous acts towards African American students by Ronnie Dugger exemplified the goal of the Daily Texan from the early 1950s to the late 1960s.

The Daily Texan not only covered stories, but played a role in the organizing of direct action throughout the Civil Rights movement at the University of Texas. With its cast of influential, liberal writers, they raised awareness about  sit-ins and protests, inspiring students to take action to integrate at the university.