The Sand Hills Lighthouse, constructed in 1919, was the largest structure of its kind built on the Great Lakes. It was also the last one to be managed by keepers, who lived and worked at the lighthouse until 1939 when it was automated. Other buildings on the site are the oil house, barracks and garage; a concrete breakwater was also built. Today it is a bed and breakfast owned by Bill and Mary Frabota. 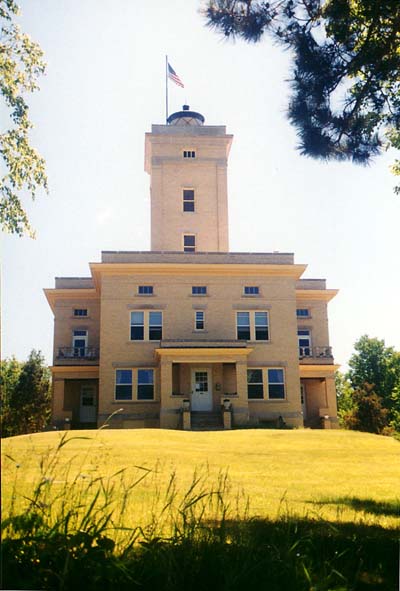 From 1942-1943 the Coast Guard trained 200 men at the station. The Guard maintained the light, which could be seen about 18 miles away, until 1954 when the station was decommissioned. Bill Frabota bought it in 1961 and he and Mary spent three years renovating it before opening the inn in 1995.

A tour of the lighthouse is held at 3 pm during the summer (May-October). The lighthouse grounds are open to visitors from 12 noon to 4 pm. Registered guests only after 4 pm. Winter tours available by appointment.