This is a contributing entry for Oak Grove Cemetery and only appears as part of that tour.Learn More. 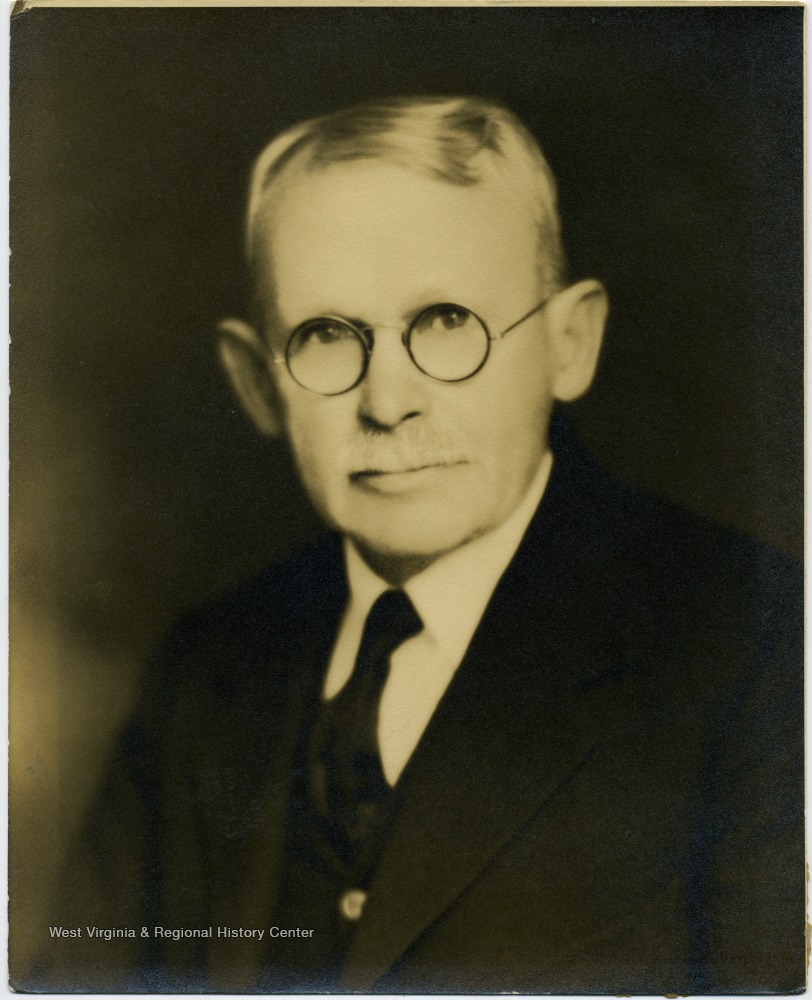 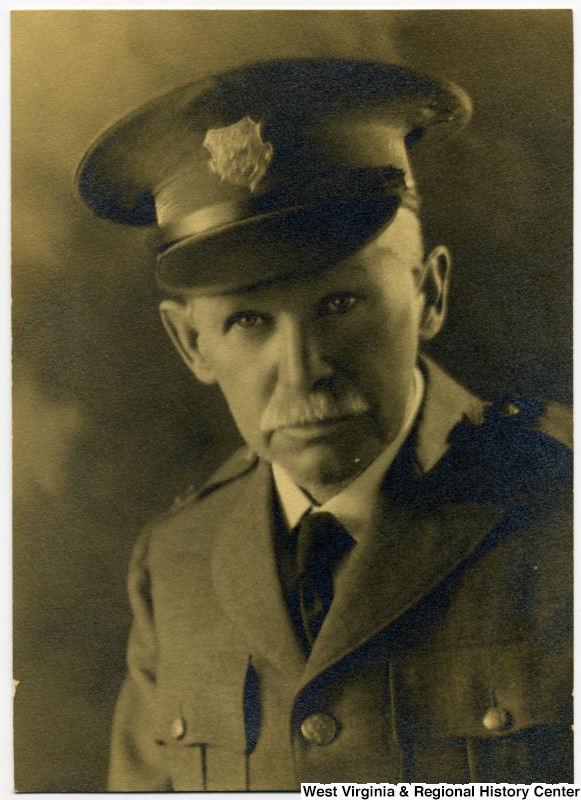 Corps of Cadets Band in front of the now demolished WVU Armory. As director, Mestrezat appears front and center. 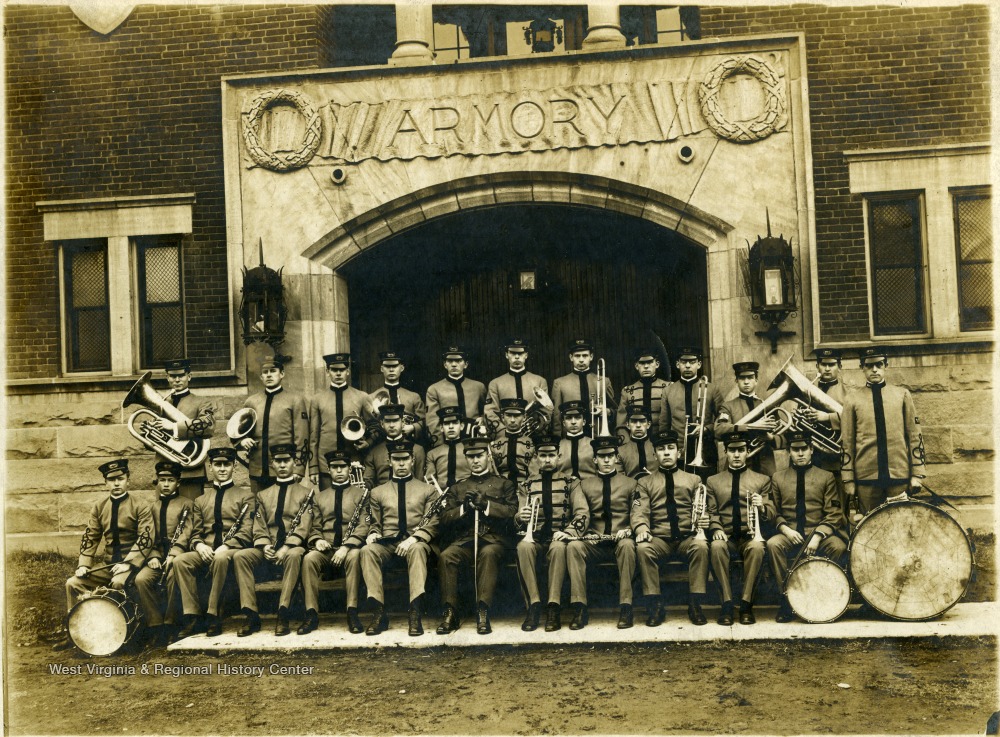 The grave of Walter Mestrezat. 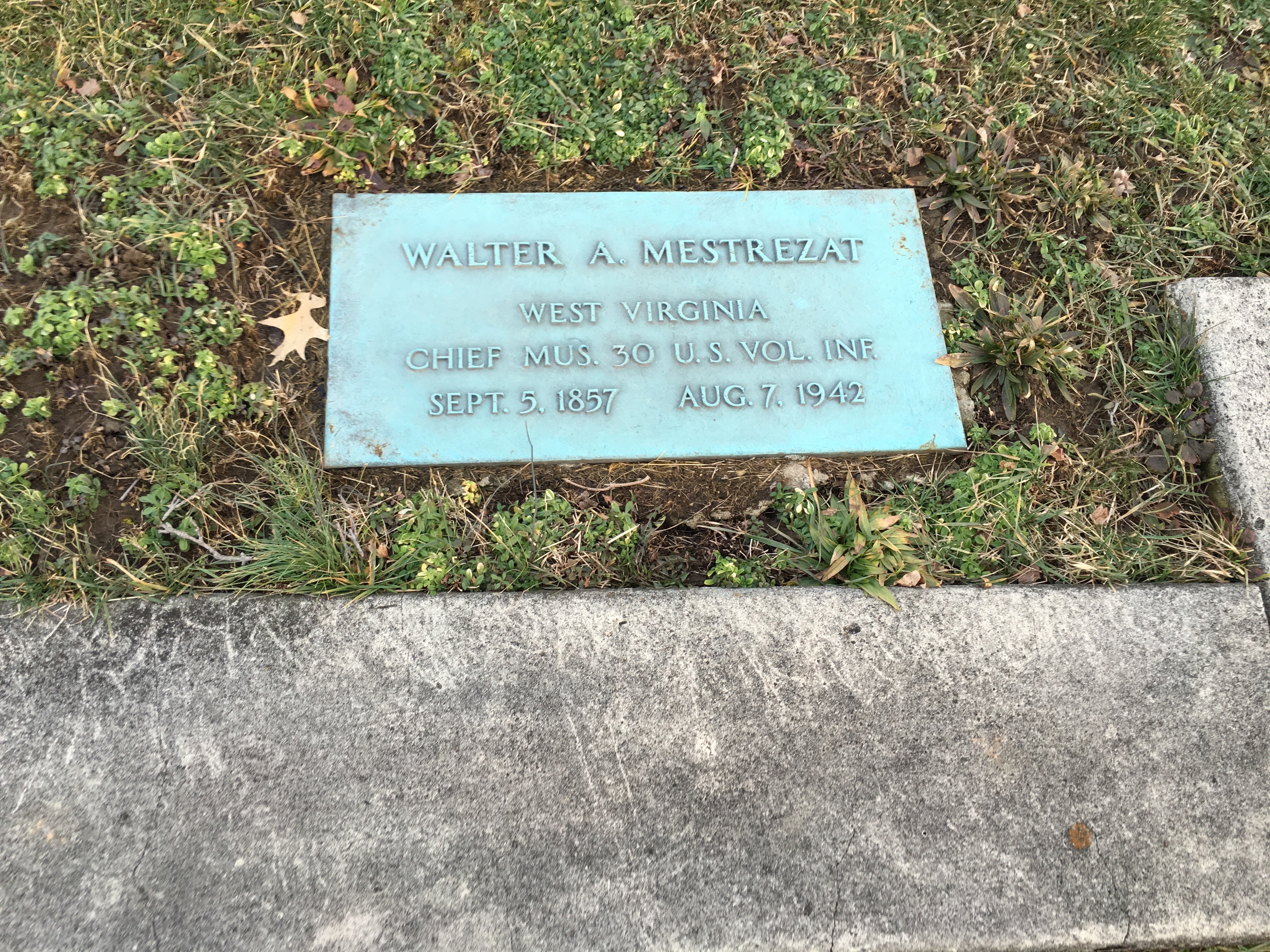 Walter A. Mestrezat was born in Greensboro, Pennsylvania in 1857. He was an accomplished musician, and his primary instrument was the coronet. His father was Charles Mestrezat, who served in the Civil War. Walter Mestrezat was a teacher at West Virginia University's Conservatory of Music (now the School of Music). Mestrezat served in several different regiments during the Spanish American War. The first noted was the 1st Regiment of West Virginia Volunteers. He served as the Chief Musician for about a year, then went on to serve as the Chief Musician of the 30th Regiment of the United States.

Mestrezat was mustered out – a type of honorable discharge – in 1901. His character upon discharge was excellent, and his service was described as honest and faithful. However, Mestrezat's discharge was short lived as he reenlisted and was sent overseas for the Philippine Insurrection, where he served again as Chief Musician. During this time, he wrote a series of letters back to Morgantown newspaper The New Dominion. The letters were entitled "From Mestrezat" and covered everything from what it was like getting shot at, to the rations those enlisted were being served.

Mestrezat is also credited with being the first director of what is now the Pride of West Virginia Mountaineer Marching Band. The band started out as an eight man Reserve Officers' Training Corps (ROTC) band. The band's members became eleven when non-ROTC men were allowed to join, but they did not receive the same benefits as the ROTC members. Unhappy with this, the non-ROTC men broke off and formed a rebel band. The newly formed band had received permission from Mestrezat and the athletic director to perform at halftime shows at football games, but the University squelched this by stating they must be an official student organization. The men of the rebel band formed what is now the Omicron chapter of Kappa Kappa Psi, the national honorary band fraternity. The two bands merged into one band a few years later.

Oak Grove Cemetery is the oldest cemetery in the area and the burial site of many of Morgantown's most influential individuals. Explore the lives of the pioneers, politicians, educators, and entrepreneurs who shaped local and national history. The tour can be experienced as a short walking tour of the gravesites, or as a virtual experience.