Located in Jacksonville, North Carolina, Lejeune Memorial Gardens is home to many war memorials. These memorials include Beirut, Onslow Vietnam Veteran's and a 9/11 Memorial. You can find the gardens on Montford Point road near the Freedom fountain in downtown Jacksonville. 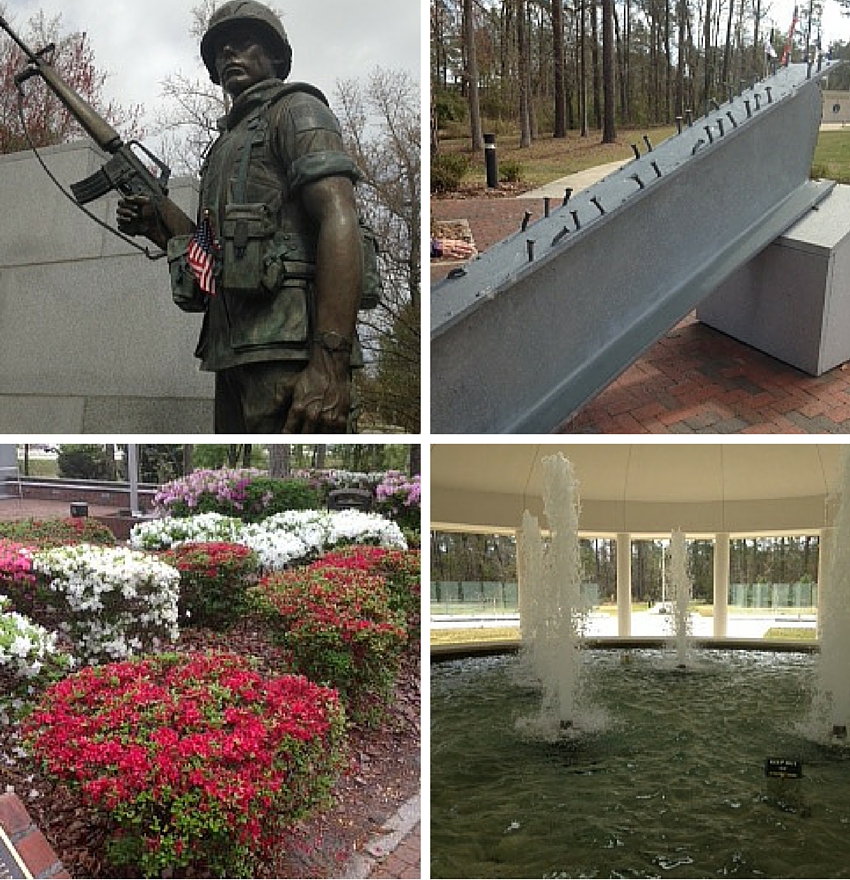 Set in a wooded site with beautiful landscaping, this is a fitting tribute to our military men and women who answer the call everyday without regard to personal safety. The Beirut Memorial was a gift from the citizens of Onslow County to honor those men that lived among us and gave so much. A solemn tribute to 273 Marines who gave the last full measure of devotion in Lebanon and Grenada on October 23, 1983. The names of each man are engraved in granite along with the words “They Came In Peace.”

The Entry Wall at the entrance of the memorial bears a Medallion from each branch of Military. The Flags at the Entry Wall include Military, POW/MIA, North Carolina’s State and US flags. The Bridge leading to the Dome, Fountain and Glass Wall is of French design. The French were the greatest ally during the war. Just beyond the bridge are flag holders for each of the United States. Decorative lights illuminate the bridge and pathway. The Fountain has 5 jets representing each branch of the Armed Forces. Each jet is lit with a different color which can be viewed best at night. The Glass Wall circling the Fountain and Dome has the name etched of each of our 58,229 fallen Veterans from the Vietnam Era. Names are listed in alphabetical order for family and loved ones to find easily as they visit the site. A circle at the end of some names identifies our POW/MIAs, the * symbol signifies that they have come home. The Dome, completed in March of 2014 is the finishing piece of the memorial.  The unofficial words from Taps is inscribed around the Dome.

The 9/11 Memorial includes a beam from the Twin Towers, presented to the first troops to those who invaded Iraq from the police and firefighters of New York.  The Beam is located by the Beirut Memorial and Entry Wall to the Vietnam Veterans Memorial.