Fort Saint Charles is one of the northernmost historical sites in the United States and one of the most important sites in the early history of Minnesota. The fort is located in the Northwest Angle on Magnusson Island, just south of the border with Canada. It was the longest occupied French fort in the state's history, from 1732 when it was built until the mid-1950s. French explorer and trader Sieur de La Verendrye, his son, nephew, a Jesuit priest and a large contingent of Indians built the fort, which was the second one of several posts Verendrye established. The site also significant in that it is the only French fort in the state where an Indian village was located nearby. The original structures were lost to time but it has been recreated and maintained by the Minnesota 4th Degree of the Knights of Columbus, a Catholic order. 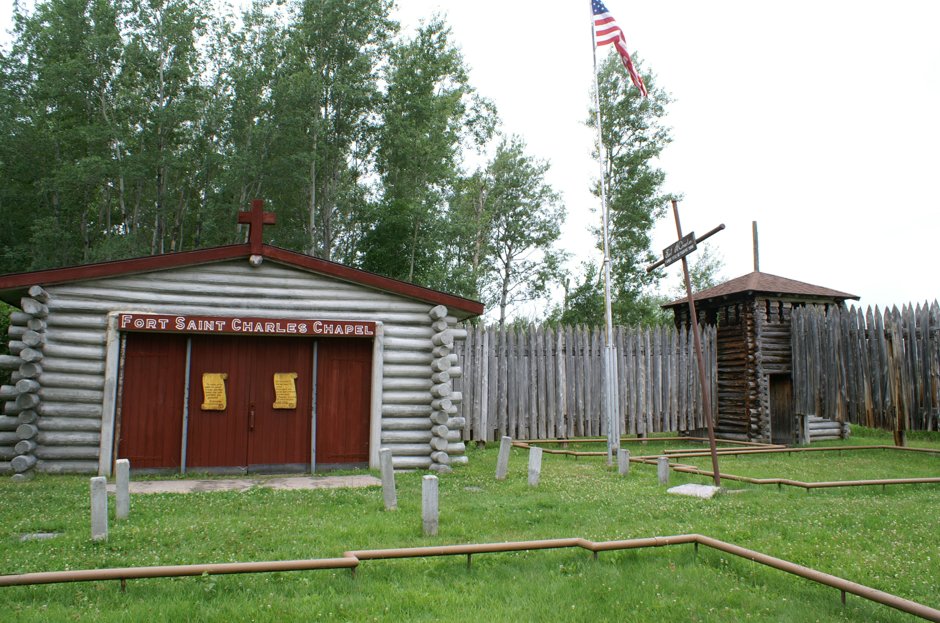 Wider view of the recreated fort 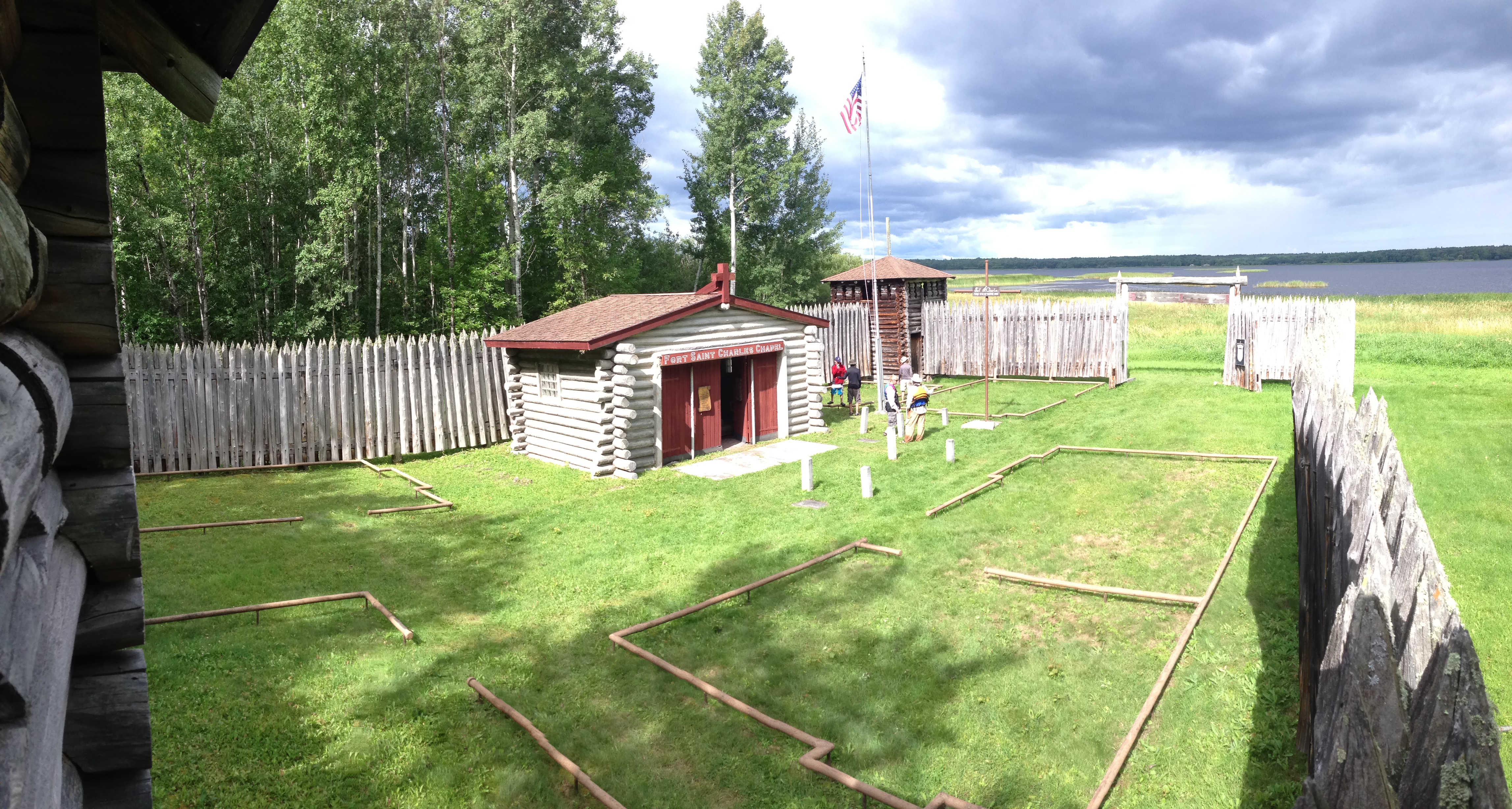 The fort served as a base from which further explorations were undertaken. Tragically, in 1736, Verendrye's son, the Jesuit priest, and 19 other French-Canadians set off to Fort Michilimackinac in Michigan. On the journey, they were attacked and killed by a party of Sioux Indians who believed that they were trading with their enemies--something that could have put the Sioux in grave danger had it been true. The French eventually abandoned the fort in the mid-1750s due to pressure from the French and Indian War. Nature overtook the site until it was rediscovered in 1908. Efforts to preserve and create interpretive exhibits for the area began in 1960 with the support of the Knights of Columbus and continue to this day.