Located nine miles north of Moab along Hwy 191, Moab Giants Park and Tracks Museum is a great place for anyone interested in learning about the dinosaurs that roamed in the area millions of years ago. It offers many attractions including the Tracks Museum, which features interactive exhibits about dinosaur tracks (this area of Utah contains the highest concentration of tracks in the world); the half-mile long dinosaur trail which has life-size dinosaurs on display; a sandy area for children to dig up bones; and a 3D theater which shows a film about the history of the universe through the dinosaur age. The museum also offers a paleontology camp, which recreates the campsite used by two of the museum's paleontologists who began excavating dinosaur fossils almost thirty years ago.

Two of the life-size dinosaurs on display on the trail 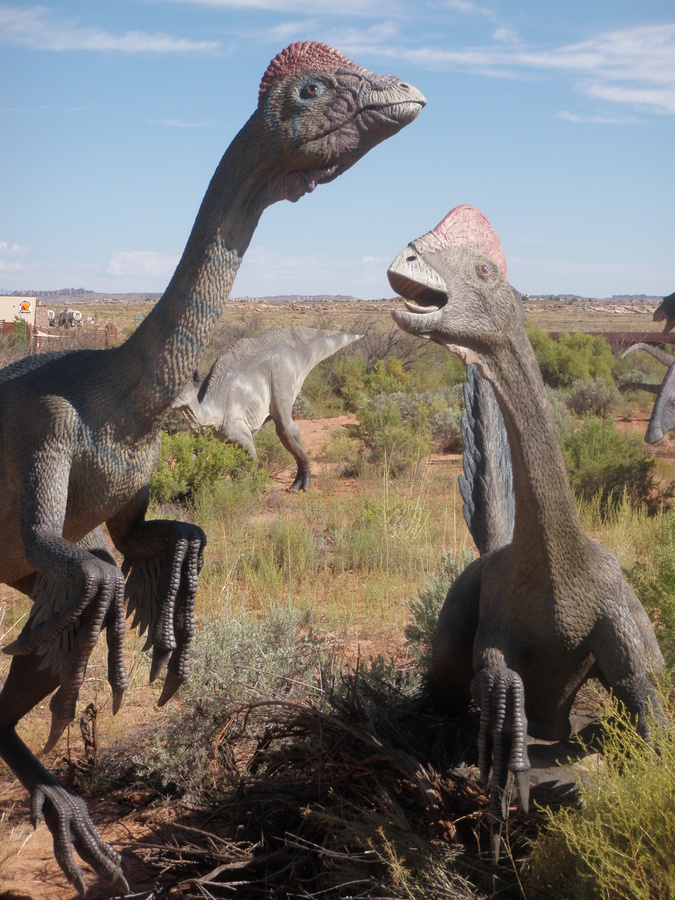 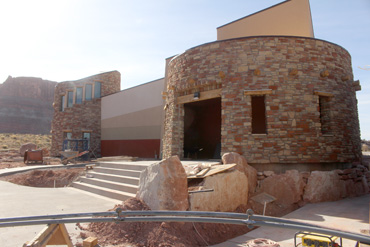 The museum opened in 2015 and is the only one in the world dedicated only to dinosaur tracks.