In 1829, the Fort Union Trading Post was constructed near an area where the Yellowstone River joins the Missouri River and as expected the trading post become top fur trading post on the upper river. The fort was actually built for the specific purpose of doing business with the northern plain tribes. The trade business would continue until 1867 making it the longest lasting American fur trading post. Fort Union was built specifically for the Assiniboine tribe at their request. Fort Union sat on land that actually belonged to the tribe and they were also responsible in protecting the trading post as well. Fort Union Trading Post National Historic Site is located about 25 mile south west of Williston, North Dakota, and 24 miles north of Sydney, Montana. The Fort Union Trading Post is one of the remotest, harshest historic sites in the entire National Park System. One can only imagine what the original occupants of the 1830s had to go through just to make it from winter to spring. Today, the reconstructed Fort Union represents a unique era in American history, a brief period when two different civilizations found common ground and mutual benefit through commercial exchange and cultural acceptance. Assiniboine, Crow, Cree, Ojibway, Blackfeet, Hidatsa, and other tribes peacefully traded buffalo robes and other furs for trade goods such as beads, guns, blankets, knives, cookware, and cloth from American Fur Company traders. At Fort Union Trading Post National Historic Site, much of the original structure and the trading house have been rebuilt. Living historians in period dress stage trades in the courtyard. The trading post employed a small city of managers, clerks, and craftsmen, many of whom married Indian women and started families. Many notable visitors crossed the post's threshold during nearly 40 years of business. John James Auduobon, George Catlin, Prince Maximilian. Karl Bodmer painted 'The Assiniboine at Fort Union' about a mile up the railroad tracks. The fort is on the National Register of Historic Places and is also a National Historic Landmark. 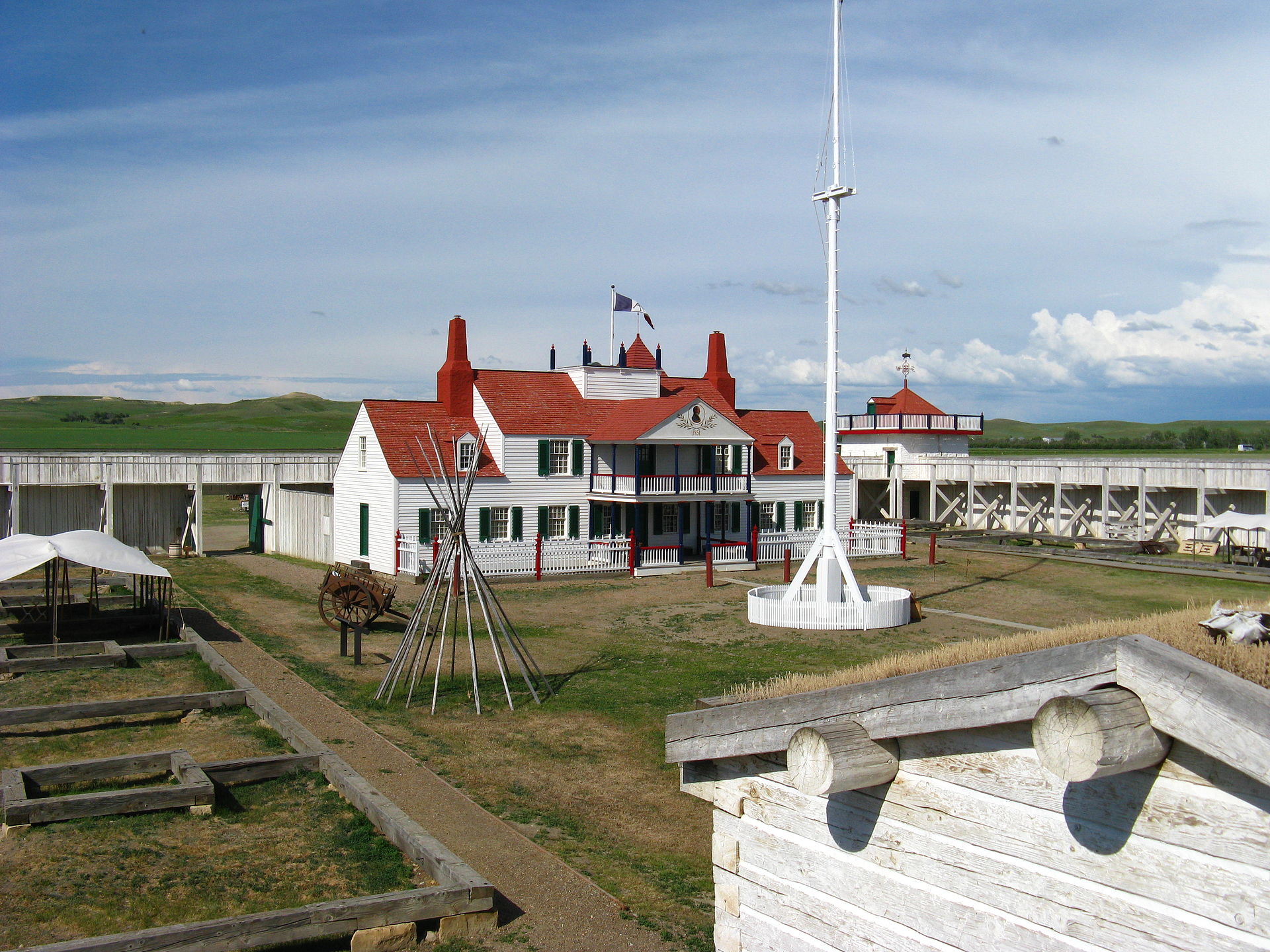