The Roosevelt Arch is located at the north entrance to Yellowstone National Park, which became the first national park in the United States. The arch was built in 1903 and is named after President Theodore Roosevelt, who was present for the laying of the cornerstone ceremony and gave a speech to all who attended. It stands 50 feet high and the opening is 30 feet high by 25 feet wide. The base of the two towers are 12 feet wide. Etched in the top is a quote from the legislation that created the park: "For the Benefit and Enjoyment of the People." The arch is part of the North Entrance Road Historic District that is on the National Register of Historic Places. 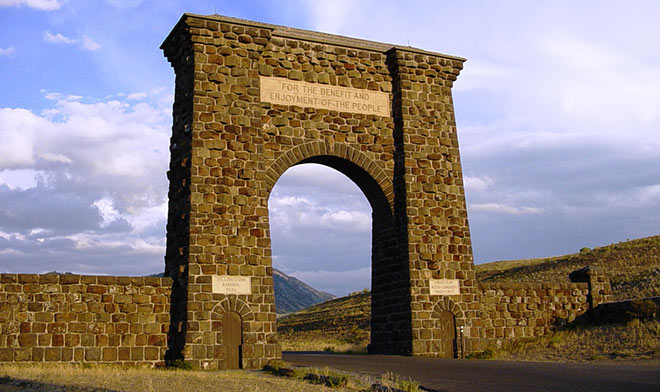 It was decided among park officials that the park, since it was the first one created, needed a memorable entrance. At the time there was also a new depot nearby that was built by Northern Pacific Railroad. From there, visitors would then ride carriages into the park through the arch.