Constructed in 1954, Omaha Civic Auditorium was the largest in the city prior to the completion of CenturyLink Center Omaha in 2003. After the completion of a second large auditorium, Ralston Arena, in 2012, the auditorium no longer had any regular tenants and the city began demolition in the spring of 2016. The auditorium was the home of several college and minor league teams, and also hosted one of Elvis's final concerts. The auditorium was also the part-time home of the Omaha-Kansas City Kings, a NBA franchise that split its games between the two Midwestern cities for a few yeas in the early 1970s before its move to Sacramento in 1985. The auditorium was also the scene of a small riot in 1968, when supporters of the segregationist governor George Wallace attacked white and black protesters who supported integration. 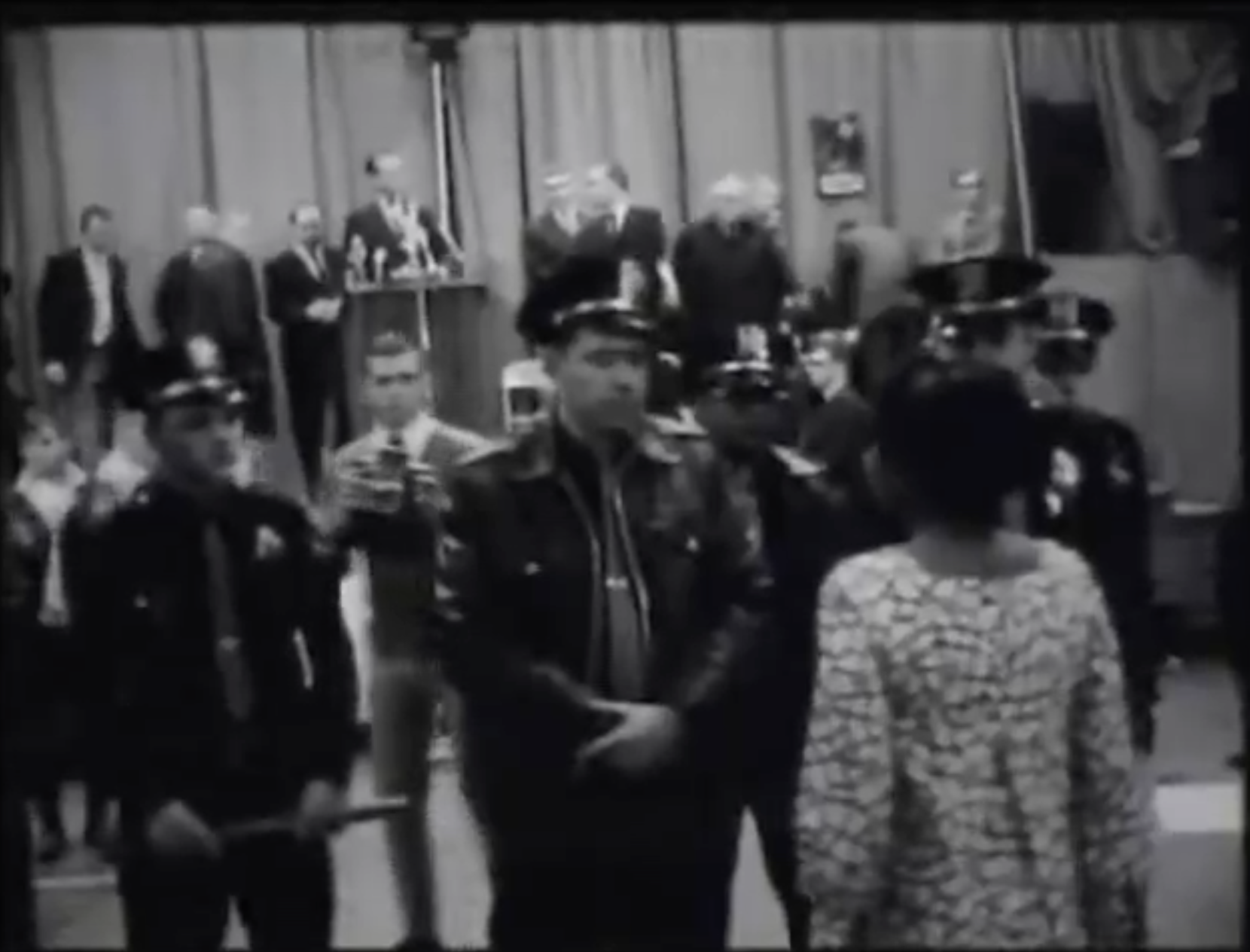 Another protestor shows off her sign outside the Wallace speech at the Civic Auditorium. 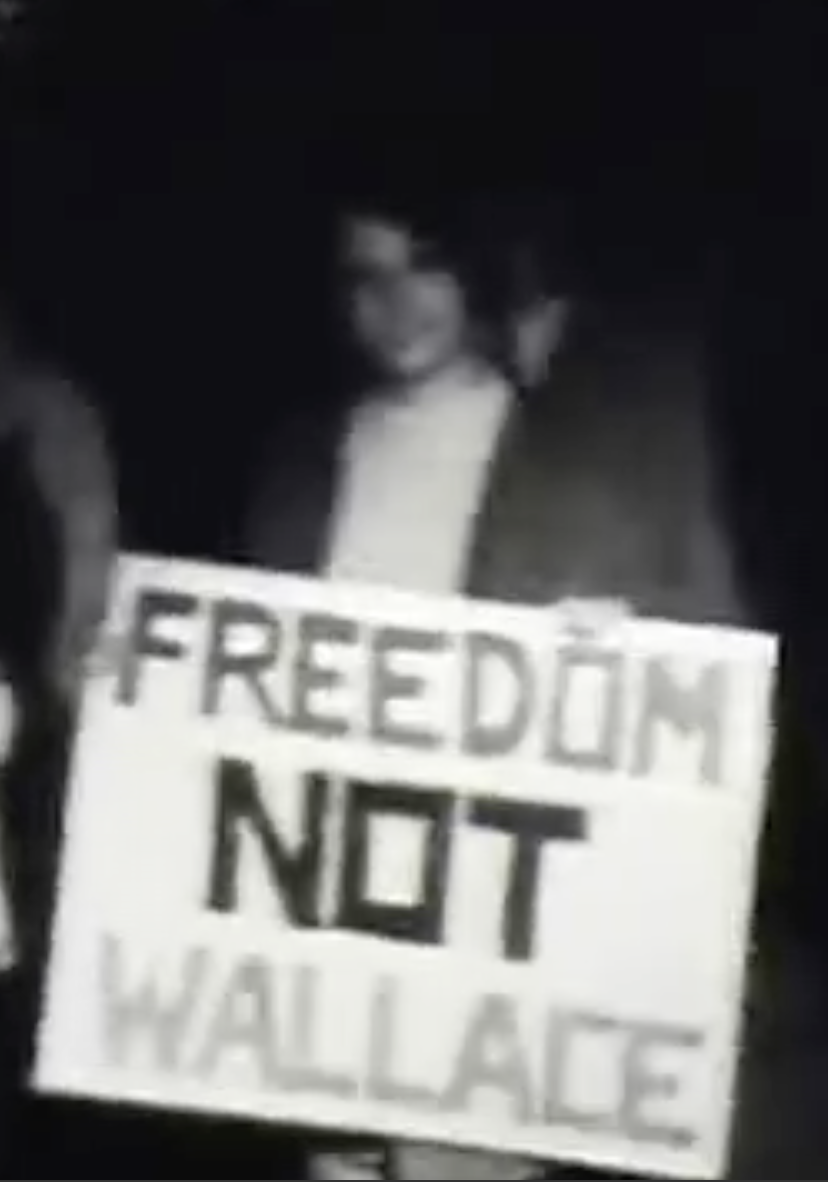 Omaha's Civic Auditorium shortly before its demolition in 2016 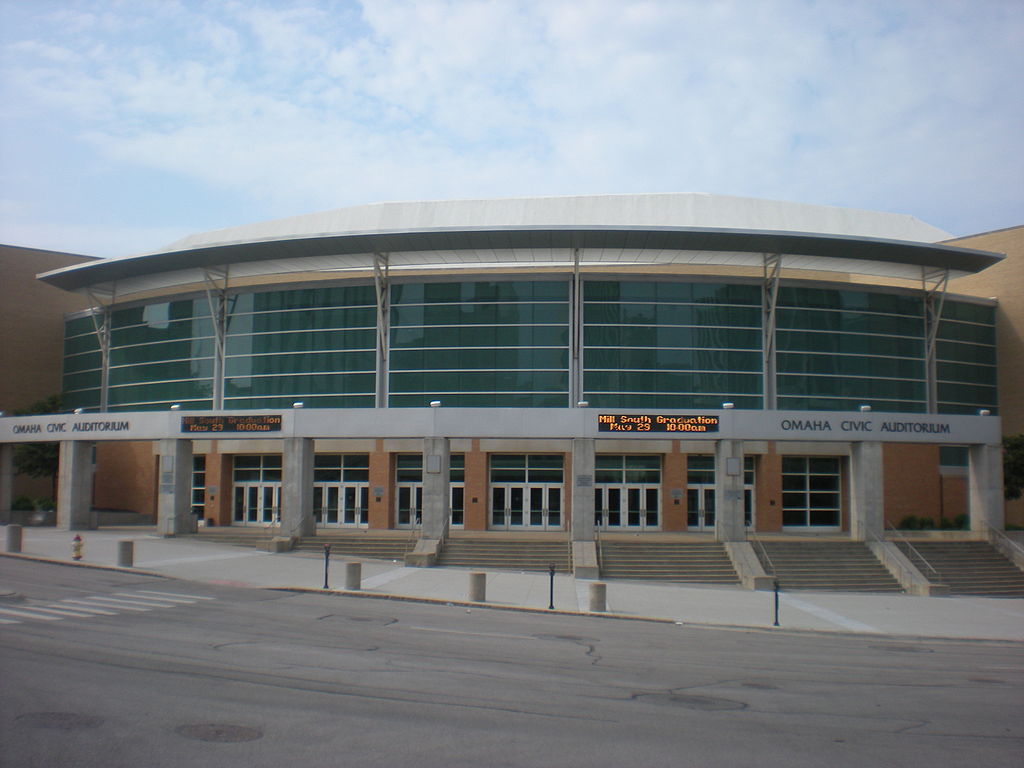 Civil Rights Demonstration at the Auditorium Against George Wallace, 1968.

In 1968, a coalition of civil rights activists and local people protested the appearance of segregationist Alabama Governor, George Wallace, at the Omaha Civic Auditorium. Clashes between demonstrators, Wallace supporters and police inside and outside the auditorium, prompted several days of civil unrest in the city.

Wallace was running for President that year as a member of the American Independent Party. George Corley Wallace was the Democratic governor of Alabama who spent 16 years in that position spanning three decades. He also ran for President of the United States four times (1964, 1968, 1972, 1976), losing in each of his four attempts.

Wallace supporters attacked the protesters and spoke in favor of his segregationist views. This led to high tensions and some violence throughout the city, culminating in a dozen serious injuries and one death.

Wallace is perhaps most famous for his segregationist views in the face of ever progressing civil rights legislation. The governor was quoted as saying, “segregation now, segregation tomorrow, segregation forever” during the inauguration of his first term as Governor of Alabama. This along with his planned boycott of integrated schools within his own state garnered Wallace a reputation throughout the South as a staunch segregationist.

On Monday March 4, 1968, Wallace was scheduled to make a speech in Omaha as part of his effort to get his name on the state’s presidential ballot. The speech was arranged at the Civic Auditorium, with enough folding metal chairs for 1,000 of his supporters. About an hour before Wallace was to come onstage, a group of about 50 protesters marched into the auditorium and up to the front of the crowd. The simple presence of protesters was enough to agitate the Wallace supporters, many of whose ideals directly clashed with these protesters. As Wallace made his way to the stage and spoke for a bit, antagonizing the protesters at points, the unrest rose among those in the crowd, supporters and protesters alike.

As the speech wore on, some protesters began to tear up their signs and the sticks holding them and began to hurl these pieces at Wallace. Several protesters tried to step in in order to stop this behavior, but as they did so many were either pepper sprayed of assaulted by undercover police hidden in the crowd. As the protesters that were able to escape did so, the floor of the auditorium transformed into a full melee. Not only were the white supports fighting with the black protesters, but some whites who detested Wallace came to the aid of the protesters. As the fighting spilled out of the auditorium and into the community, a series of riots erupted throughout North Omaha that lasted several days. Windows many local businesses and schools were broken, leading to the arrest of dozens of local youths. All in all, there were 13 people injured by police, as well as a 16 year old boy was shot by an undercover policeman while trying to break into a local pawn shop.

The protest and ensuing riots underscored more than a decade of civil rights protests and struggles around the country, including in North Omaha. Legislative progress had been made, but tangible changes were sparsely put into effect at the local level until the 1970s. Fed up with the lack of political voice and excess of discrimination in their own city, the citizens of North Omaha took the initiative to exercise their rights to assembly and free speech by protesting Wallace’s appearance. The riot in the spring of 1968, the third of five such riots in a five-year span, ensued as a result of these basic rights being oppressed once again, as well as a continued resolve to be treated equally.