Constructed in the first decade of the nineteenth century, the Blount Bridgers house also known as The Grove was owned by Thomas Blount. It's currently a museum that celebrates the 200 year-old material culture of Edgecombe county on the 1st floor and the creative achievements of Tarboro-born artist Hobson Pittman (1899-1972) on the 2nd floor.

Front side of the house. Taken in 1987 when the North Carolina legislature commemorated its first visit to Tarboro in 1787. 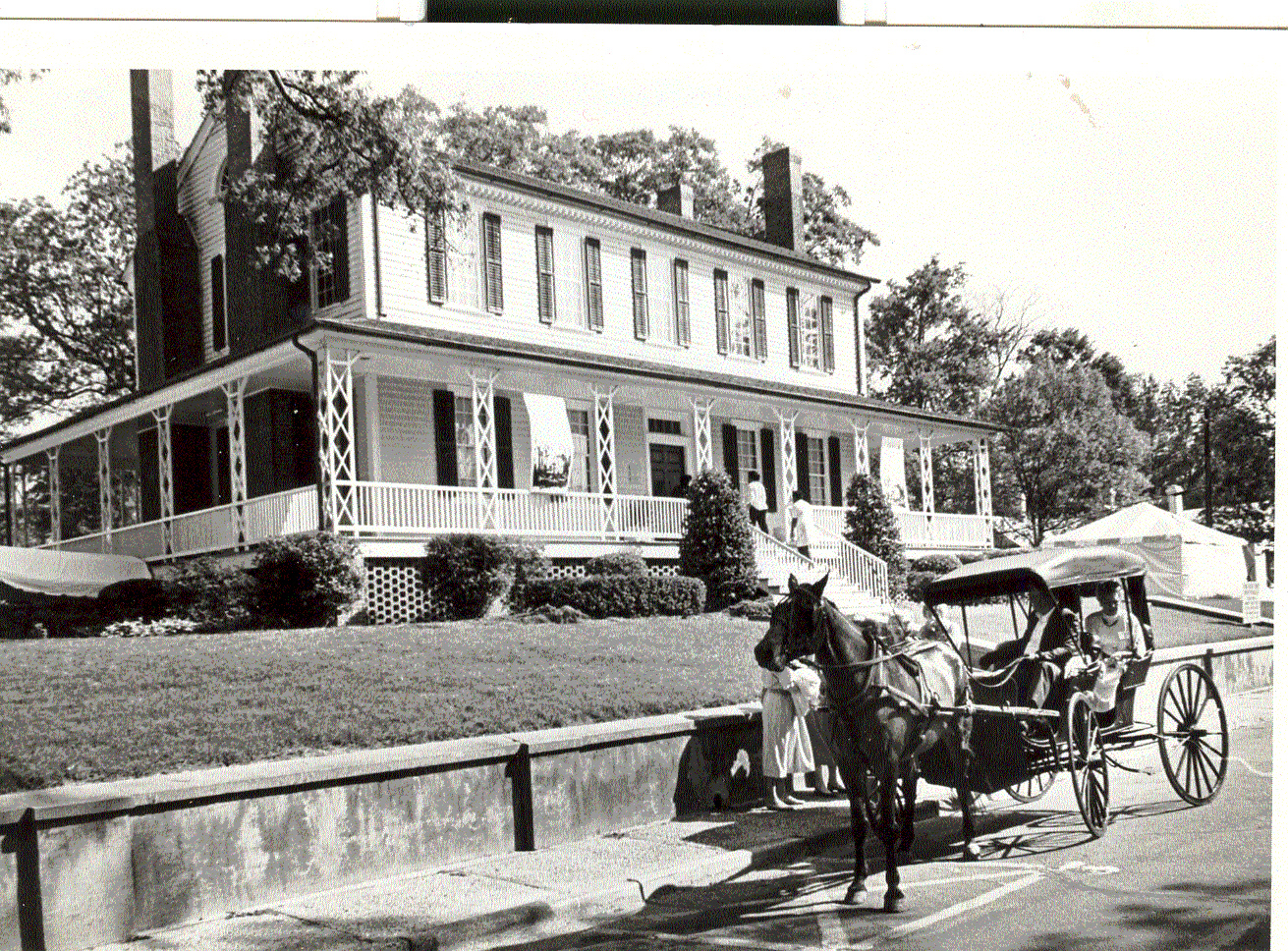 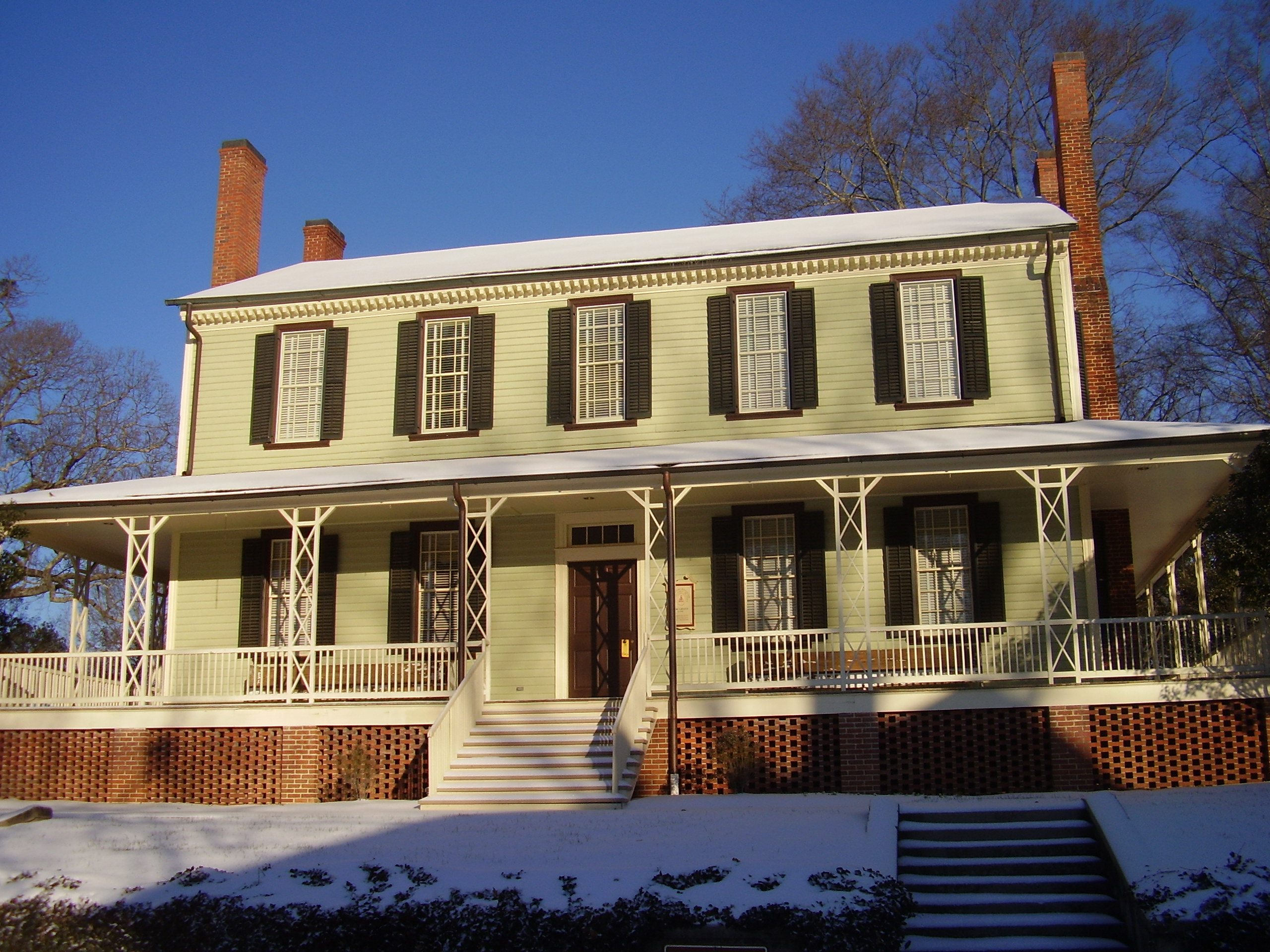 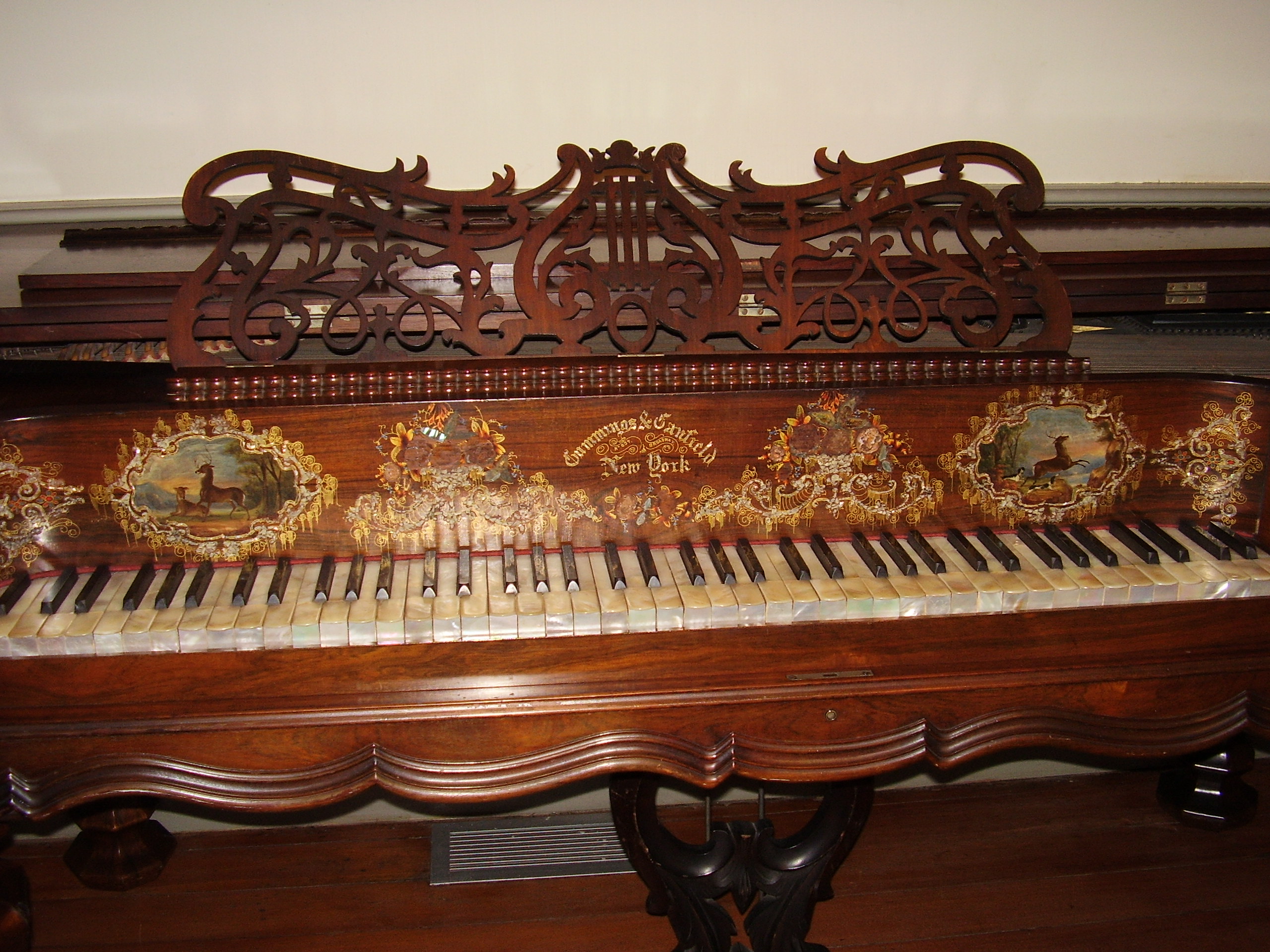 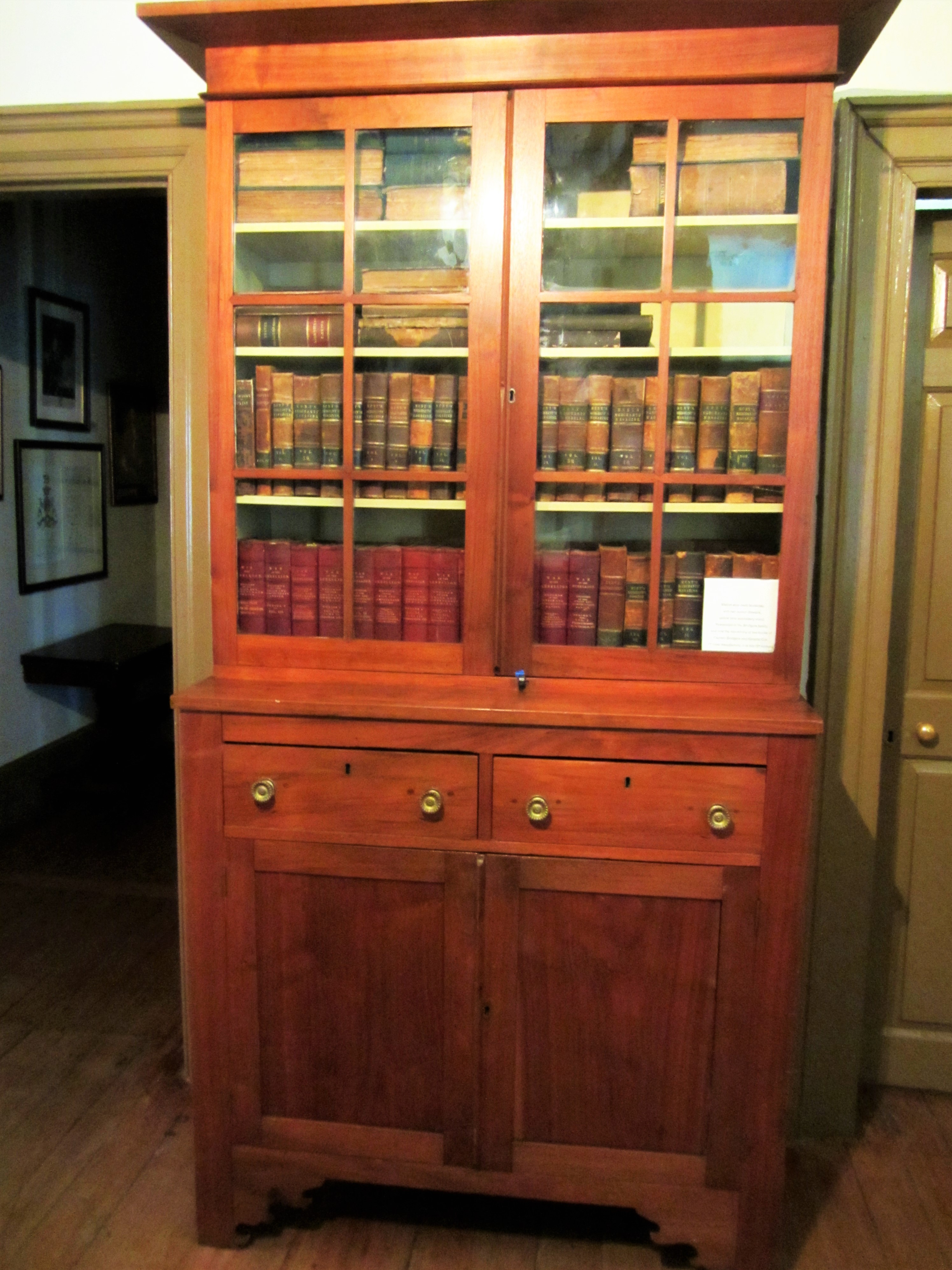 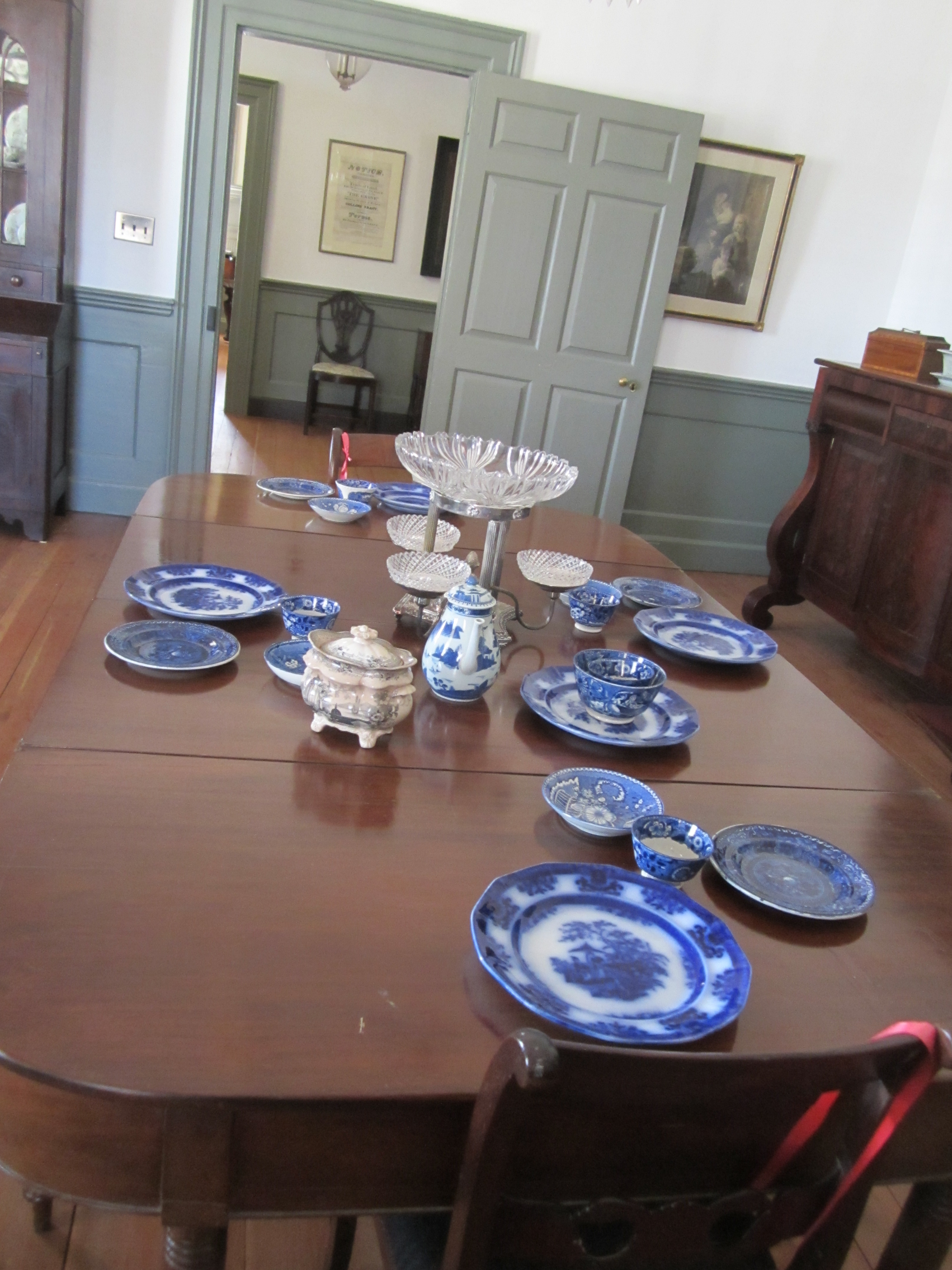 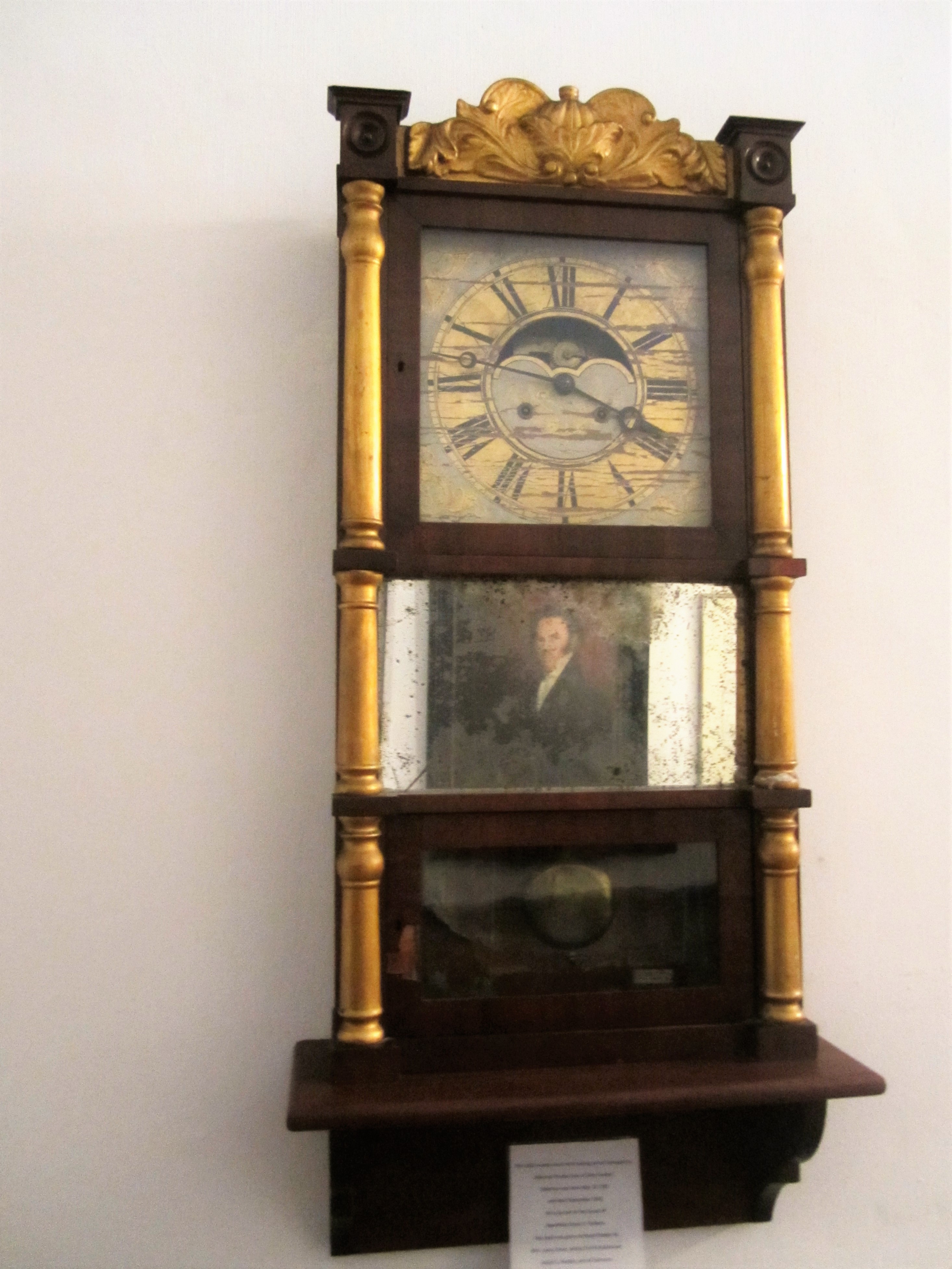 Opened in 1936 as the 1st refrigerated pool in North Carolina. It was used in regional & national swim meets in the 1940s & 1950s. The basement of the Bridgers house was used as the changing room. 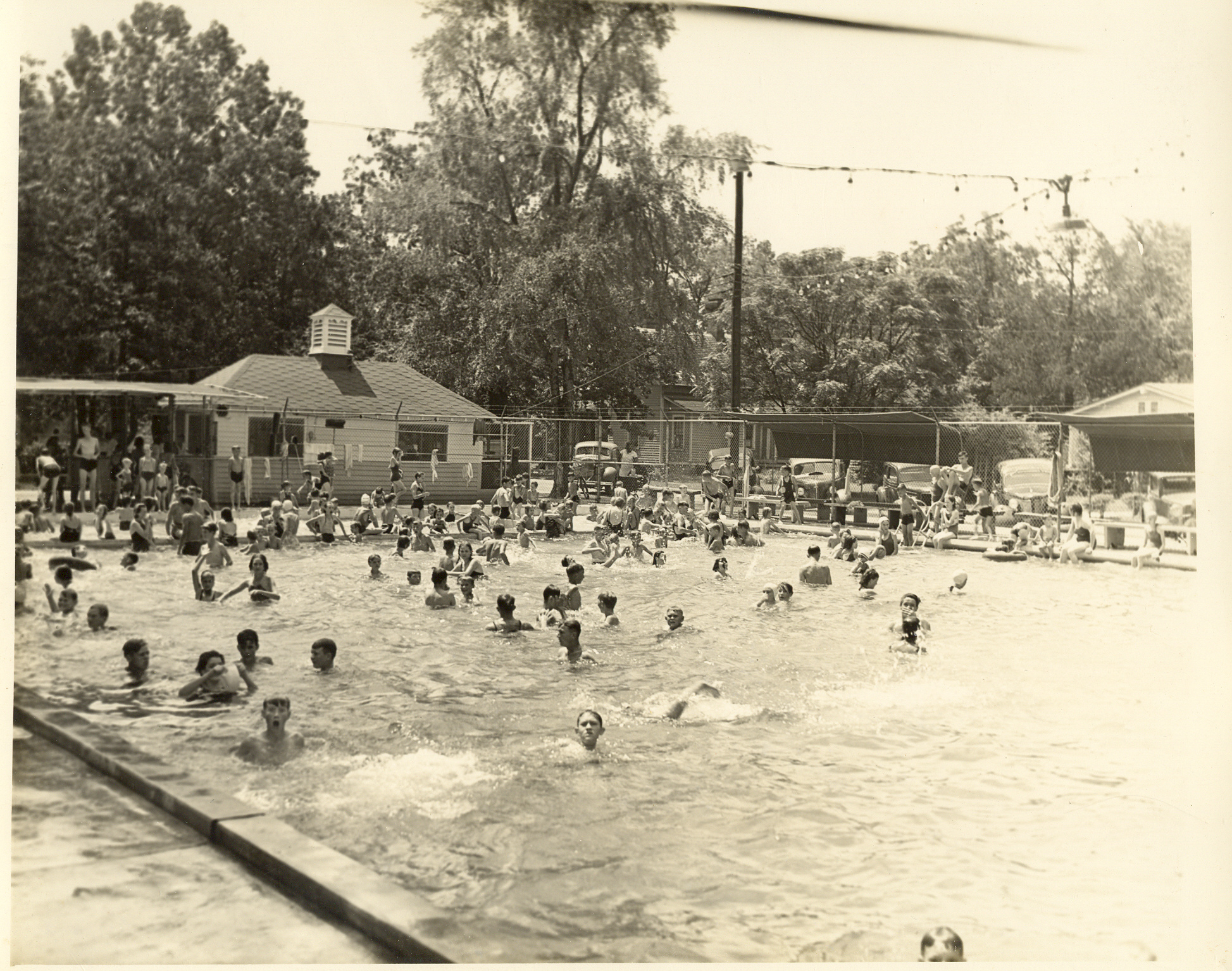 John Luther Bridgers, third major owner of the house from 1850-1880, served as Captain of the Edgecombe Guards in the Civil War. 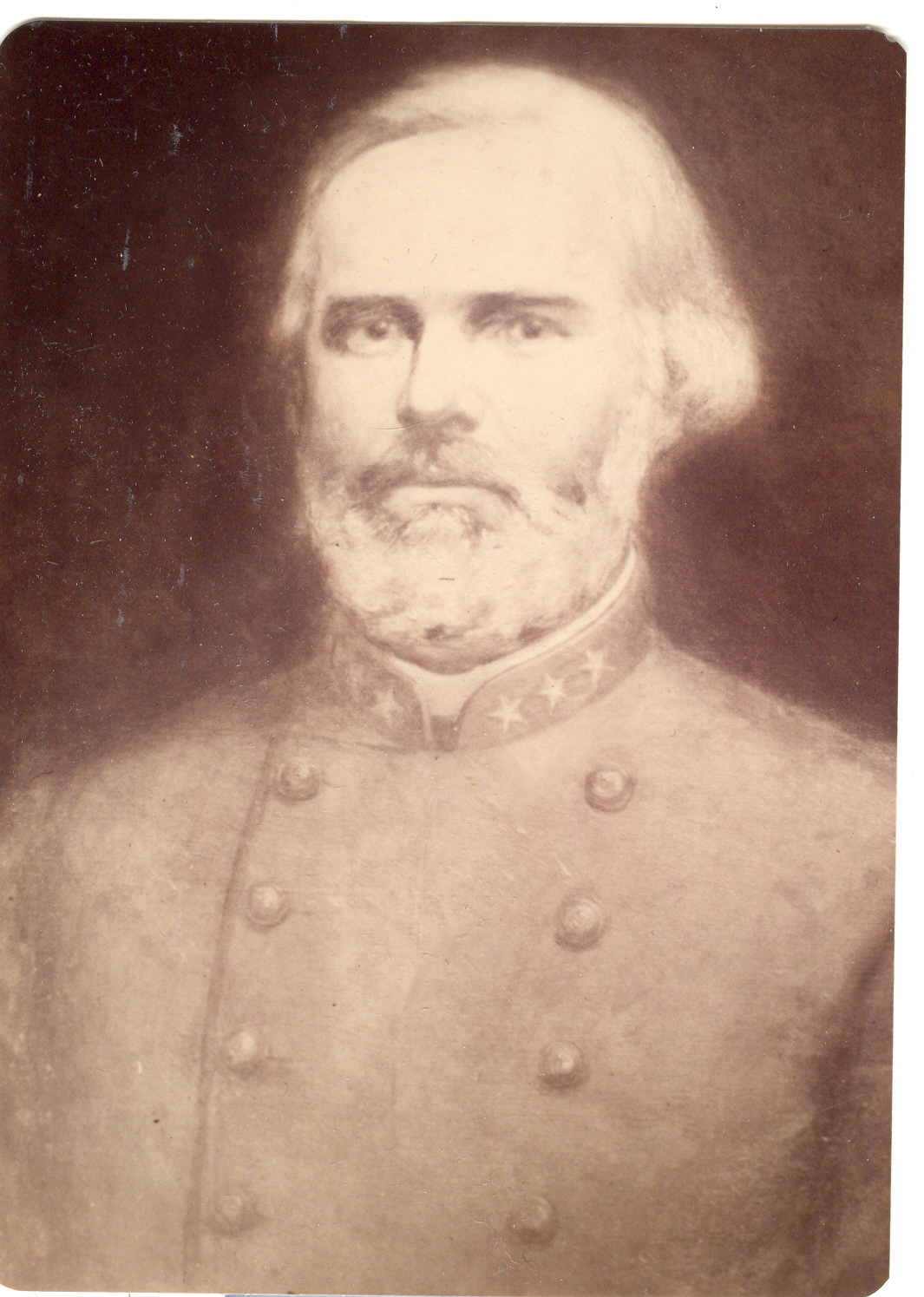 Early portrait of Louis Wilson, who lived in the house from 1830 until his death in Mexico in 1847. Neighboring Wilson county was created in his memory by the North Carolina General Assembly. 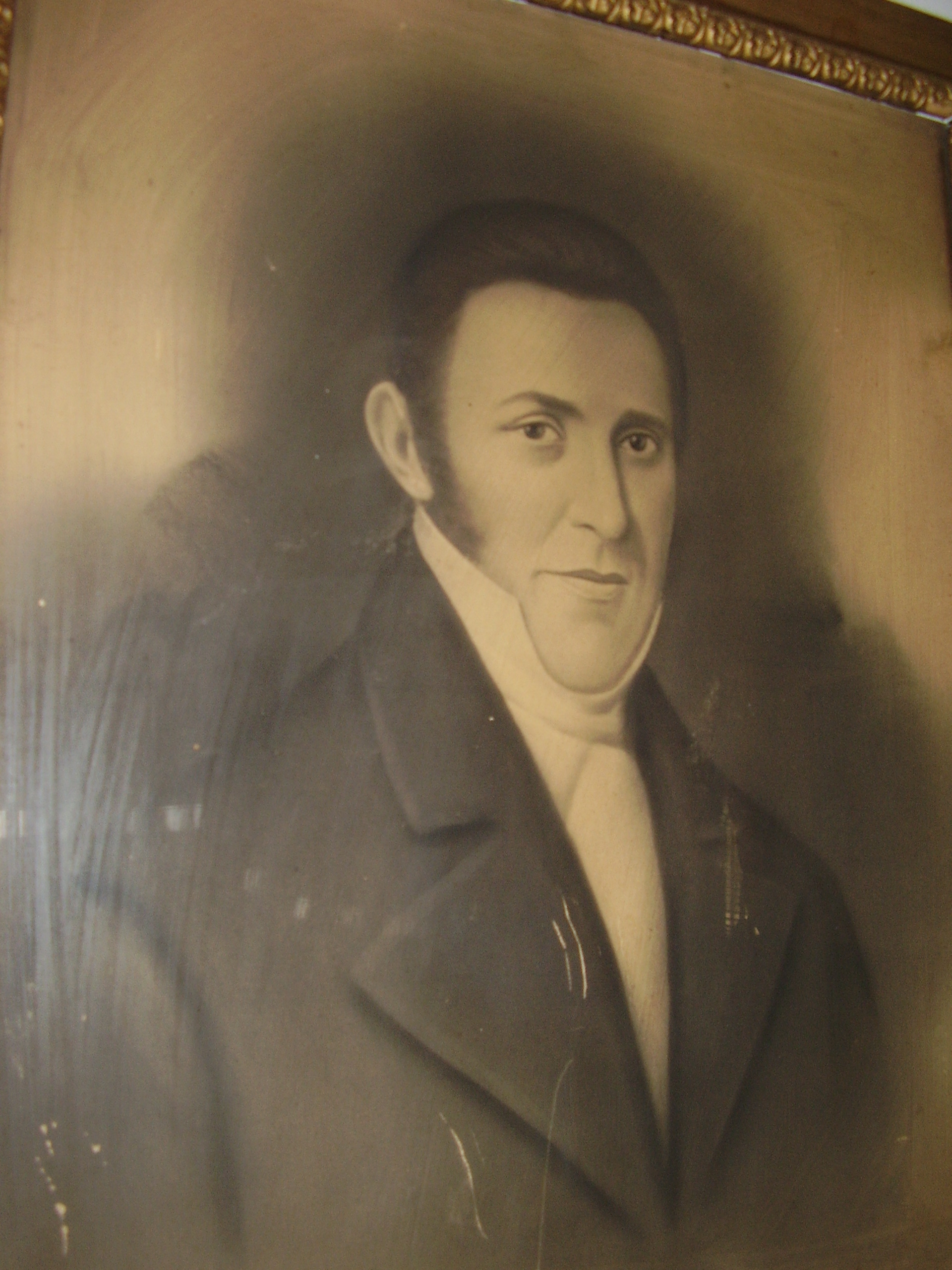 Portrait of Thomas Blount. Original owner of the house & he served as Congressman of eastern North Carolina until his death in 1812. The portrait was painted by St. Memmes. 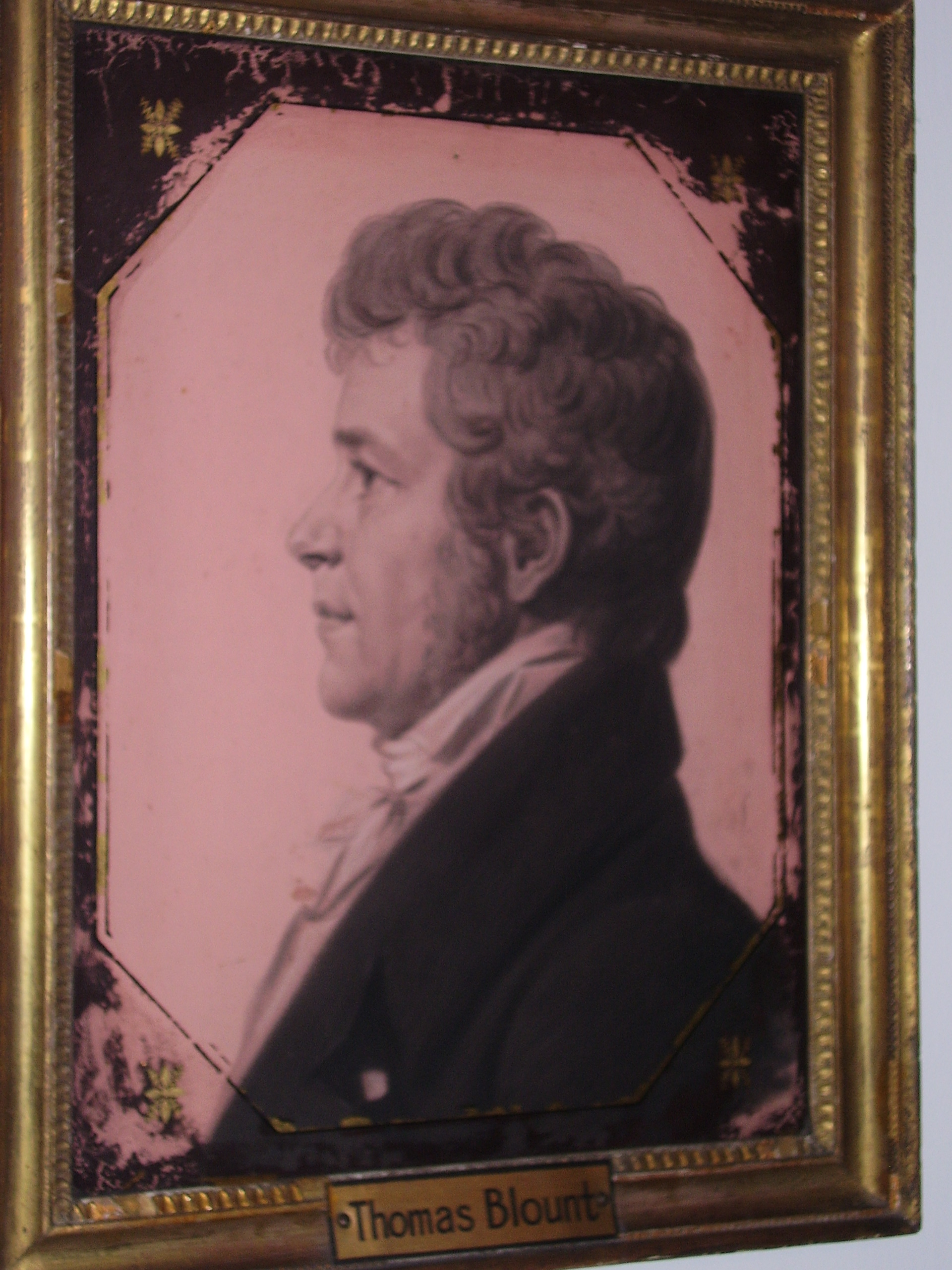 Mary "Jackie" Sumner Blount, wife of Thomas Blount, lived in the house until her death in 1822. The original portrait is at the Mordacai House in Raleigh, NC. 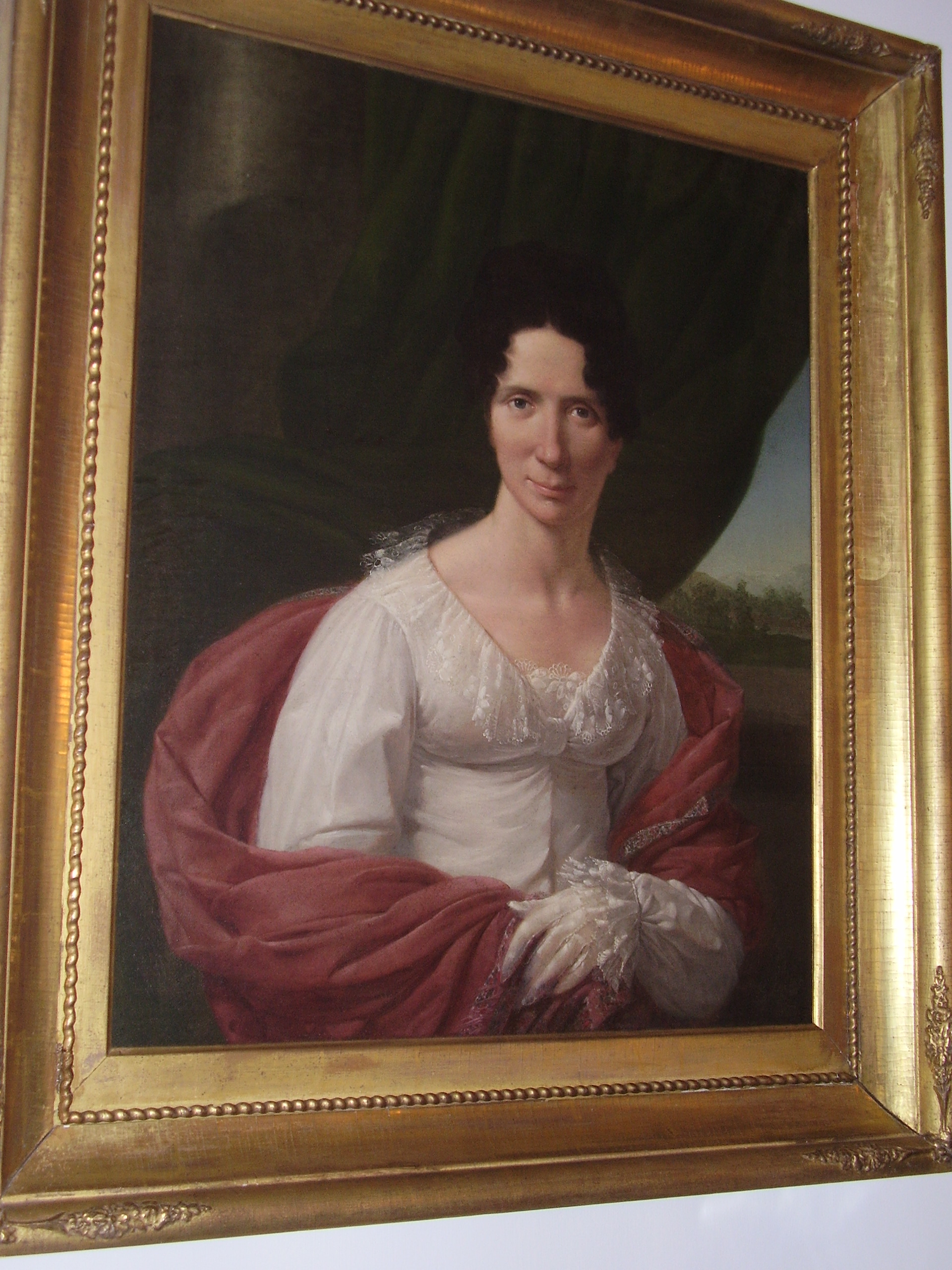 Brief History
The Blount Bridgers house located in Tarboro, NC was built around 1808. Known as The Grove it was built by Thomas Blount and his wife Mary Sumner Blount and has been the home of several community and regional leaders. In the 1930s  the town of Tarboro purchased the house to be a community house where groups could meet, programs were presented, and a community pool was added, being the first refrigerated pool in eastern North Carolina. It served as a number of purposes through the years, including a public library, temporary Town Hall, and a central office for the public school system. Then in 1979 the house was restored and opened as a museum and art gallery in 1982.

Thomas Blount
After the American Revolution, Thomas settled in Tarboro and was a prominent land owner and active in local politics. In 1788 he was elected into the North Carolina State House of Commons. Then he was elected to the U.S. House of Representatives in 1793. During this time in office he built "The Grove" with his wife. He served in this position until 1812, where he died in office. He is buried in the Congressional Cemetery in Washington, D.C.
After Thomas's wife Mary "Jackie" Blount died in 1822, the house passed on to a nephew who lived there just a few years. Then the house was sold to its next prominent owner.
Louis Dicken Wilson
Wilson purchased the house in 1830. He was a local attorney and also was elected to the NC House of Representatives. He was also the attorney for the town and served as guardian to several area orphans. Never married, Wilson lived in the house with his sister and some of the children he was guardian for. He served on the committee to revise the North Carolina Constitution in 1835, and helped get public schools established in the state. In 1847 he raised a company of men, resigned his seat in the NC House, and volunteered for service in the Mexican War. He died of yellow fever while in Mexico. Later his body was returned to North Carolina and was eventually buried on the Town Common. Per his instructions, the house was sold with the proceeds going into a fund for orphans.  North Carolina created Wilson County in his memory in 1855.
John L. Bridgers
John L. Bridgers was the third major owner of the house. He was married to Rebecca Louis Dicken, who's cousin Louis D Wilson owned the house before them. The Bridgers family purchased the house in 1850 after the Wilson estate of over 300 acres north of the Town Common was divided and sold. In that same year the Bridgers added the Italianate porch and the unusual molding in the center hall. An attorney John Bridgers was also commander of the local militia which became the Edgecombe Guards in 1861 when they enlisted in the Confederate Army. After leading his men at the battle of Bethel, Virginia in June 1861, Bridgers was appointed Commandant of Ft. Macon until he retired in the fall of 1861 due to his wife's poor health.  He was also one of the Commissioners from N.C. on behalf of the Confederates states to attend the Peace Conference in Montgomery, Alabama in early 1861. Returning home after his service, he again took up the practice of law & lived in the house until 1880. He died in 1884 at the age of 62, he is buried in the Calvary Episcopal Church Cemetery in Tarboro, N.C.

For a few years in the 1880s the house served as a school for Mrs. General Pender, widow of Major General William Dorsey Pender. Around the turn of the century it became an apartment house until it was purchased by the town in the 1930s.

Current Usage
The Blount Bridgers house contains locally made antique furnishing and artwork by Edgecombe County residents. There are works such as ceramics, textiles and various metal works. The Blount Bridgers house is also on the National Register of Historical places. The second floor now serves as an art gallery and has paintings, drawings and prints by Hobson Pittman (1899-1972), who was an Edgecombe county native. The house includes portraits of area residents by Thomas Sully, Thomas Landseer, and William Garle Brown. The house is now the home of Edgecombe Arts and offers tours as well a various programs on art and education for the community.

Wednesday - Friday 10 A.M - 4 P.M Saturday and Sunday by appointment only.