Built in 1799, this historic Washington D.C. structure is known as the Octagon House and has been a National Historic Landmark since 1960. The building was designed by William Thornton, who was also the first architect of the U.S. Capitol. Given this connection, the structure was acquired by the American Institute of Architects and has been home to a museum that shares architectural history since 1970. John Tayloe III, a former politician from Virginia whose wealth was based on land and the labor of enslaved persons, was the original owner of the home. This house also served as the temporary home of President James Madison and his family for six months as the White House was reconstructed after being destroyed by the British during the War of 1812. 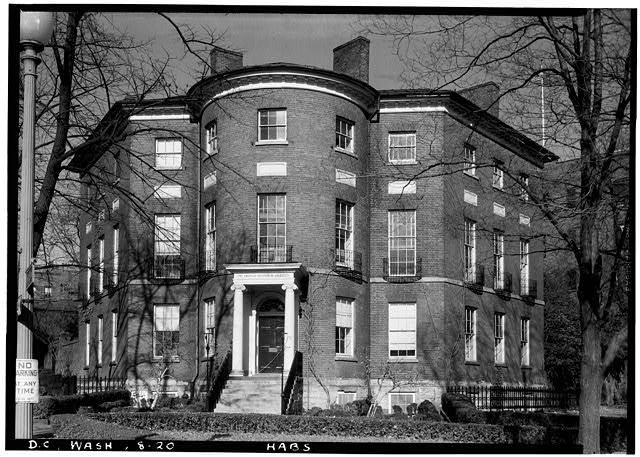 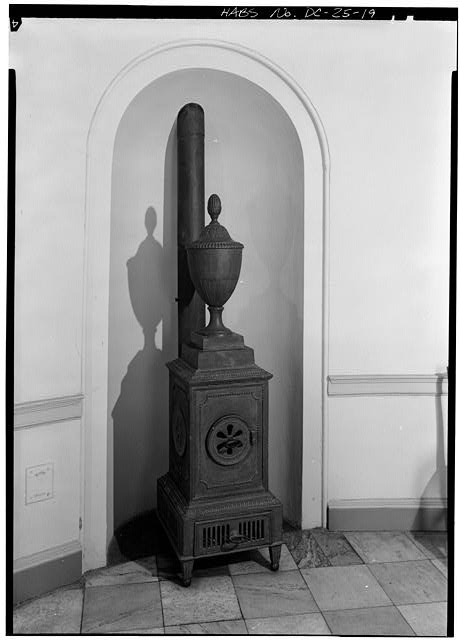 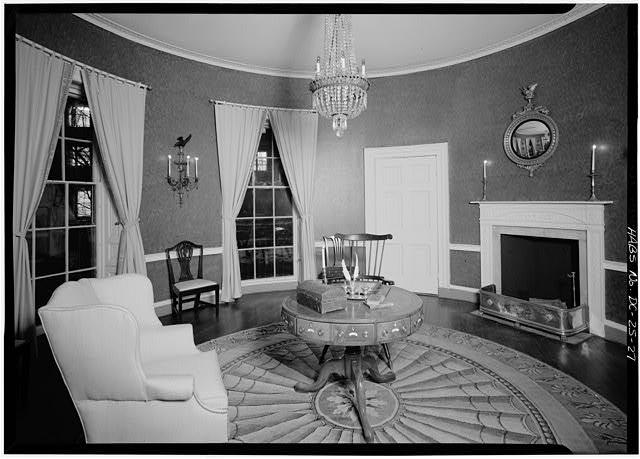 The Octagon House was commissioned by John Tayloe III and designed by William Thornton. Tayloe was born in Richmond County, Virginia, on his father’s colonial estate, Mount Airy. His father, John Tayloe II, was a planter and politician from Virginia serving on the Governor’s Council and the Council of State. Tayloe went to school amongst the British gentry in Eton and Oxford, England. He became one of the largest plantation owners in the USA and inherited his father’s estate to live in. Tayloe was considered by many to have been the "wealthiest man of his day." He was a personal friend of the Captain of the Continental Army George Washington serving under him as Captain of Dragoons. Tayloe was also an active Federalist and served as a Delegate in the Virginia House of Delegates as well as a State Senator in the Virginia Senate. He later got married to Ann Ogle, daughter of former Maryland Governor Benjamin Ogle. They got married in 1792 at Ann’s father’s mansion.

In 1799, Tayloe commissioned Dr. William Thornton to build him a winter home in Washington, D.C., to serve as his winter residence. The building was three stories and is built of red brick with Aquia Creek sandstone used for the window sills and decorative panels. Other notable features include the exterior ionic columns, the interior Corinthian columns, the urn-shaped cast-iron stoves, and the lavishly decorated "Treaty Room" on the second floor. In 1840, the original flat roof was replaced with the hipped roof seen today. The interior has a restrained yet sophisticated Classical style. Upon closer inspection the visitor will notice that the building is not, in fact, an octagon, but an irregular hexagon.

During the War of 1812, A French flag was seen flying above the house in hopes of offering shelter to the French consulate and sparing the house from British destruction. John Tayloe III was not very supportive of the President at the time, James Madison, and did not agree with this war with Britain, but made accommodations to ensure the house’s and his family’s safety. He was very active in the Virginia state militia and controlled a regiment from DC. However, the British were under orders to not destroy private property so the Octagon House would have been spared regardless. The British would instead seize control of the White House and burn it to the ground forcing President James Madison and his family to flee to the Octagon House for six months. It is here where Madison signed the Treaty of Ghent to end the war and paid $500 in rent to the Tayloe family for letting his family reside in the house.

John Tayloe III passed away in 1828 and his wife assumed ownership of the house. Ann lived there until her own death in 1855 after which it remained under occupancy of the Tayloe children who rented it out to various occupants. The building then became a school for girls and subsequently served as the Navy Hydrographic Office for the U.S. Navy. The American Institute of Architects purchased the building in 1902 at which point it had become derelict and in need of repairs. After a period of restoration, it became the headquarters of the AIA. In 1968, the AIA transferred ownership of the building to the American Architectural Foundation, who turned it into a museum two years later. It was named a National Historic Landmark in 1960 and was listed on the National Register of Historic Places in 1966.

“The Octagon of Washington, D.C.: The House that Helped Build a Capital (Teaching with Historic Places),” National Park Service. https://www.nps.gov/articles/the-octagon-of-washington-d-c-the-house-that-helped-build-a-capital-teaching-with-historic-places.htm