Though rarely open to the public, the 1681 Cooper-Frost-Austin House is the oldest house in the city of Cambridge, Massachusetts, and the oldest Colonial house available for public tours (usually during the summer). It is owned by Historic New England, a regional heritage organization founded in 1910. Built and owned by Samuel Cooper, the house passed down to his grandson, Gideon Frost in 1788. Frost's granddaughter, Martha Austin, owned the house from 1805 until her death in 1838, when it passed to her daughter, Susan Austin, who remained there until her own death in 1885. Another granddaughter of Gideon Frost, Martha Frost Kuhn of Boston, was the last member of the family to own the house before it was sold to Historic New England on May 16, 1913. First serving as a tea and antique shop, after restoration the home was converted into a museum in the 1930s. 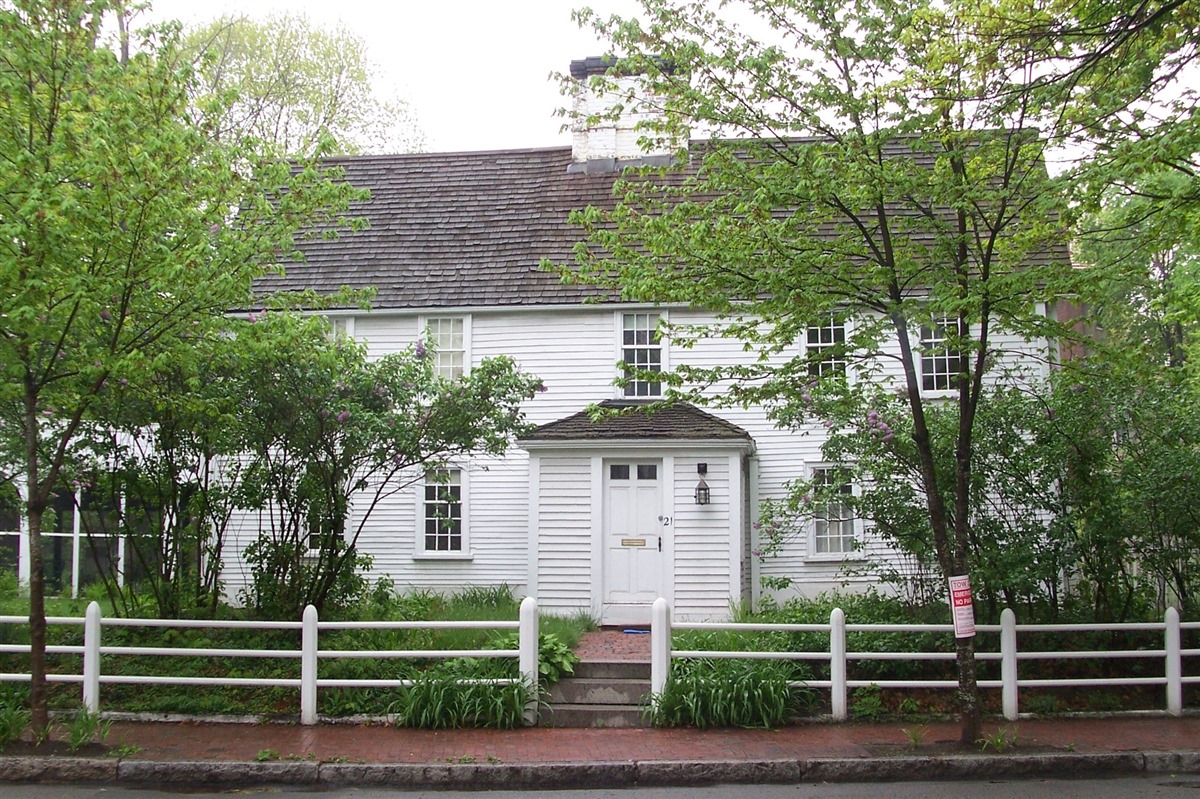 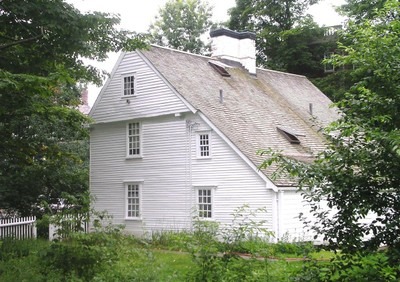 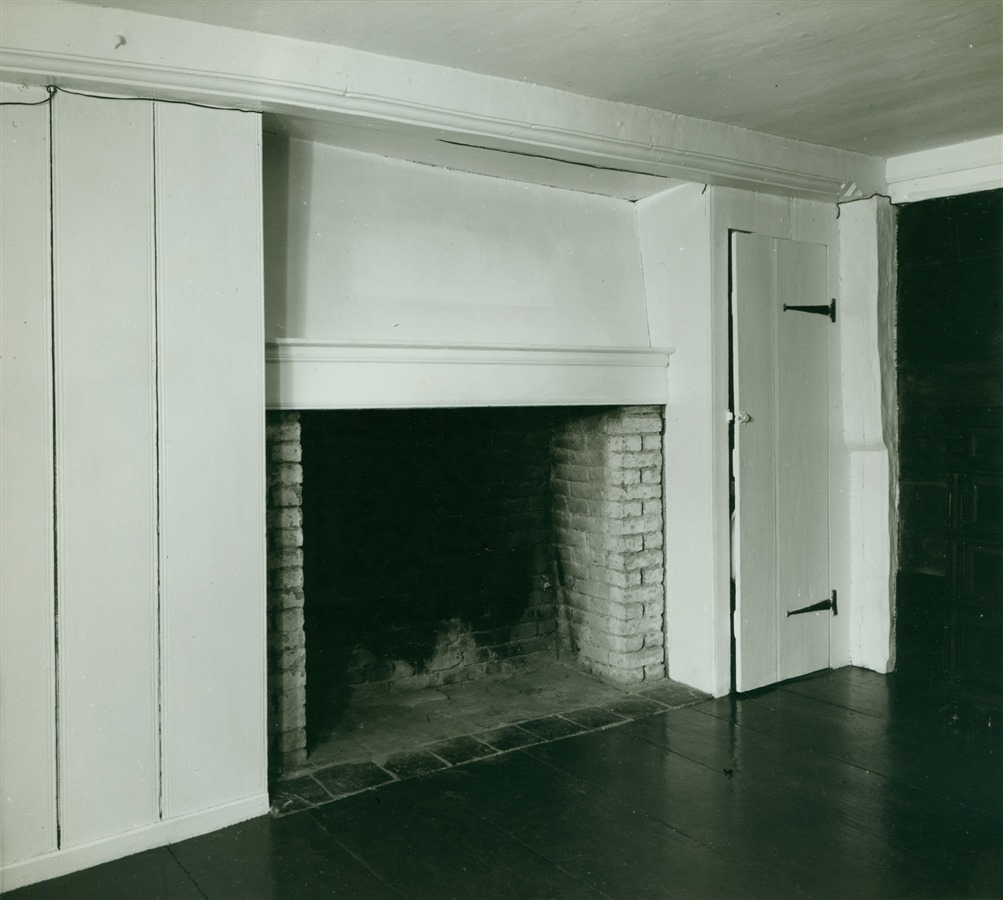 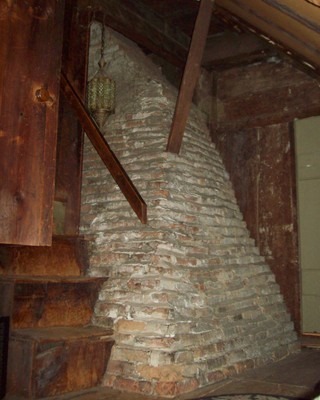 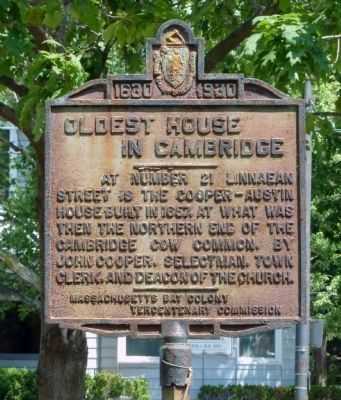 The 1930 historic marker dates the house to 1657; more recent research has shown that the house was built in 1681. The 1657 date corresponds roughly to the Cooper family's emigration from Suffolk, England, when Samuel Cooper's father, John, became a selectman on December 15, 1657. John Cooper later became deacon at the First Church in Cambridge (1668-1691). Samuel, the eldest son, followed in his fathers footsteps in both these positions, serving as deacon from 1705-1718 and as selectman from 1704-1716. Meanwhile, Samuel built his family home on the northern edge of the Cow Common (now Cambridge Common). There was no road to the house at the time. It faces south, and is one of the oldest surviving examples of a lean-to "half house," with the original garret, cellar, kitchen, chambers, pilaster chimney, and gable intact.

On January 8, 1718, Samuel Cooper died, leaving the house to his son, Walter. Walter Cooper built an addition on the west side of the house, and married Martha Goddard on January 1, 1722. His 1751 will left the west half of the house to his wife and the east half to his son, Walter Cooper, Jr.. Samuel's daughter, Hannah Cooper, married Edmund Frost and together they had a son, Gideon Frost, who inherited the house in 1788 and left the house to his son, William Frost, at his death in 1803. William divided the house equally between his daughters, Martha and Sarah, in 1805. Two years later, Martha Frost married Bostonian Thomas Austin, who bought the east half of the home, as well as the barn and orchard, from Sarah. Austin updated the house and furnishings, adding a shed, carriage house, Federal-style staircase, and enclosed porch. Martha Austin died in 1838 and left the house to her daughter, Susan. When Harvard Divinity School graduate Reverend Reuben Seiders married Susan Austin, he took a new name instead of the other way around, becoming Richard Thomas Austin. The house passed to a Boston granddaughter of Gideon Frost in 1885, after Susan Austin died.

Martha Frost Kuhn sold the property to the organization which later became Historic New England, the Society for the Preservation of New England Antiquities, on May 16, 1913. The house and one acre of land were purchased for preservation, initially operating as a tea and antique shop. Restoration during the 1930s revealed original features and materials including molded sheathing dating to 1681-1682 and original masonry in the fireplaces.

Oldest House in Cambridge / 1630 – 1930/ At Number 21 Linnaean Street is the Cooper-Austin House built in 1657 at what was then the northern end of the Cambridge Cow Common, by John Cooper, selectman, town clerk, and deacon of the church. / Erected 1930 by the Massachusetts Bay Colony Tercentenary Commission.