The Lowcountry Estuarium is a museum dedicated to educating the public about the Port Royal estuary ecosystem. Unfortunately, due to funding cuts, the museum was forced to close in 2011 but people can still make an appointment to see the various animals in an art gallery/gift shop managed by the curator, Bob Bender.

A couple of turtles at the museum 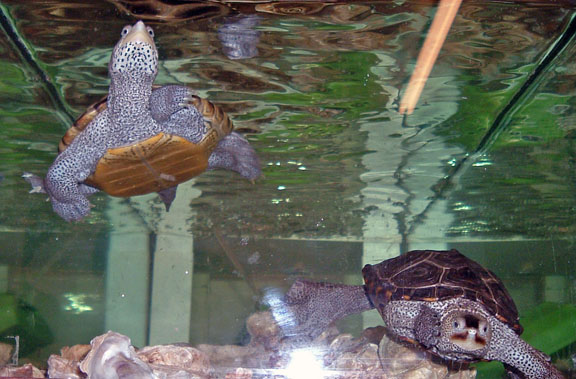 The museum opened in 1991 in Beaufort as the North Street Aquarium and two years later became the first chartered public aquarium in South Carolina. It moved to Port Royal in the early 2000s where it was located in a portion of the old town hall. It became known for the quality of its educational programming and, after reopening in 2009, attendance increased . State funding cuts to the museum and schools, which sent students on field trips to the museum, forced the museum to close. However, the museum was granted land in Port Royal for a future location.

Seven days a week by appointment only