The Gooding’s Tavern, located at this site on the Little River Turnpike, was a small and historically critical meeting house, lodge, and tavern designed for stagecoach passengers and travelers. Operating from 1807 until 1879, Gooding’s Tavern was widely known for its famous fried chicken, peaches, and honey. Locals who lived nearby also used the tavern as a social gathering place. During the Civil War, Gooding’s Tavern was frequently a resting stop for both Union and Confederates soldiers, and near the tavern two important events of the War occurred: the killing of tavern owner James Coyle and Confederate partisan ranger Major John S. Mosby. The tavern burned down in 1879. 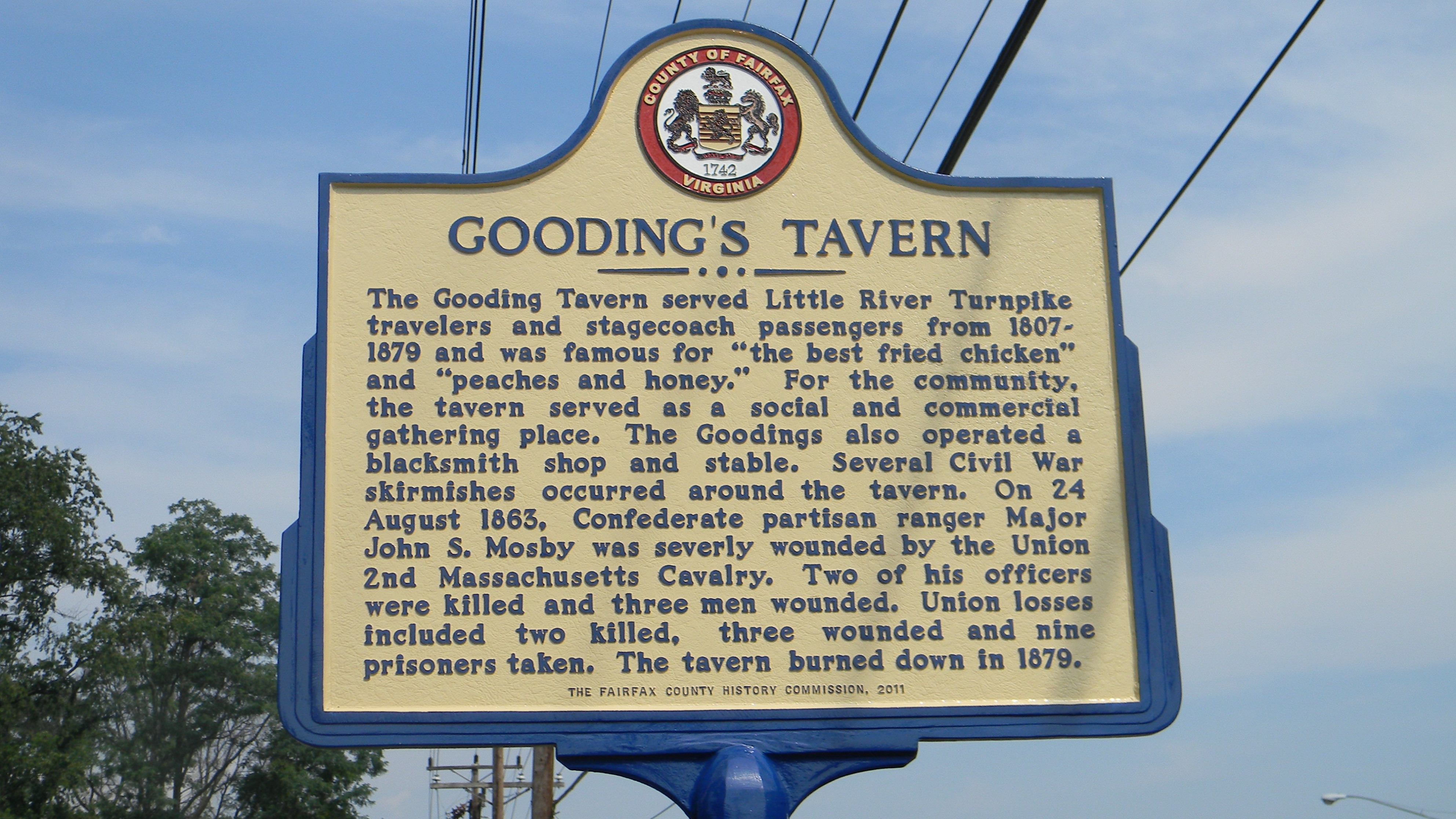 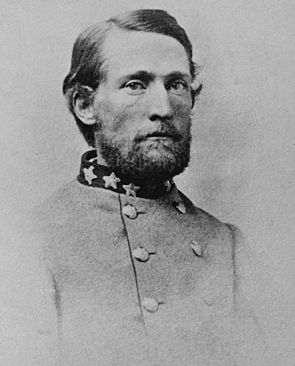 The original owner of Gooding’s Tavern was William Gooding Jr. Beginning in 1807, Gooding obtained a license from the Fairfax County Court to operate an “ordinary,” the title for a place of hospitality and lodging. Originally, the tavern was run out of Gooding’s home, on land owned by Giles Fitzhugh. Known commonly as the “10-mile house,” the tavern was located on the Little River Turnpike, a highway that opened in 1806 bringing traffic from Alexandria directly to the tavern.

By 1835, Gooding expanded the tavern to include a Blacksmith shop across the road. Gooding died about four months before the Civil War and willed the tavern to his daughters. During the War, one of the daughters, Jane Coyle, left operations of the tavern to her husband, James Coyle. Unfortunately, on August 6th, 1863, James Coyle was shot and killed in his home by Union Cavalry. Historical records are unclear as to whether Coyle was affiliated with the Union or Confederate cause.

According to the Alexandria Gazette on August 10, 1863:

THE KILLING OF MR COYLE — The following is the testimony of Mrs. Coyle in reference ot the killing of her husband, Mr. Jas. Coyle by some cavalrymen, last Thursday evening, taken before Col. D.F. Dulany and Mr. James Purdy:
Mrs. Coyle testified: “On Thursday evening last, about five o’clock p.m., while a number of sutlers were passing my residence, they were attacked by a party of Guerillas, near a mile above my house, who took their teams and goods; there was frequent firing for about half an hour; shortly after the Federal cavalry arrived and recaptured the sutlers and goods; Mr. Coyle was in the house and had closed the door; shortly after, the Cavalry demanded the door to be opened, and as he was in the act of opening the door he (Mr. C.) was fired upon; he walked into his room near the passage door, and falling on his bed exclaimed, I am a dead man. Immediately afterwards two soldiers rushed in and beat him on the head and face with their pistols, and then dragged him into the road in front of the house, beating him severely and calling him a d-md s-n of a b—h, I’ll let you know how to rob sutlers’ wagons, &c. I exclaimed this is my husband. They replied I don’t care who the devil’s husband it is; I was knocked down by one of the men, and they dragged my husband’s body over me. There had been no Guerillas in the house before or after the transaction. My house was searched and no weapons or men found. One of the soldiers took my husband’s watch from his neck and brutally dragged his clerk, Mr. John McLouchlin from him, who he had requested to pray for him.

The other major event at Gooding’s Tavern was the wounding of Major John Mosby. Some reports state that the wounding occurred due to Union troops firing from inside the tavern, where they had taken cover. Following the war, Gooding’s Tavener continued operations until it burned in 1879.1

The Gooding Tavern served Little River Turnpike travelers and stagecoach passengers from 1807-1879 and was famous for “the best fried chicken” and “peaches and honey.” For the community, the tavern served as a social and commercial gathering place. The Goodings also operated a Blacksmith shop and stable. Several Civil War skirmishes occurred around the tavern. On 24 August 1863, Confederate partisan ranger Major John S. Mosby was severely wounded by the Union 2nd Massachusetts Cavalry. Two of his officers were killed and three men wounded. Union losses included two killed, three wounded and nine prisoners taken. The tavern burned down in 1879.2