Fort Fremont Historical Park is the site of one of two intact surviving coastal fortifications dating to the 1898 Spanish-American War (the other fortification is in Fort Dade in Tampa Bay, Florida). As such, it is a good example of late 19th and early 20th century military architecture. Construction began in 1898 and was completed in 1900. Fort Fremont was built to protect Beaufort and Port Royal Sound. It remained active until 1921. Placed on the National Register of Historic Places in 1989, the fort was named after Major General John Charles Fremont (1813-1890), who was the first Republican presidential candidate and known for his explorations of the West. As of early 2021, an interpretive center is being built at the park.

Fort Fremont was established to protect Beaufort and Port Royal Sound during the Spanish-American War (1898). The battery had three 10-inch rifled guns on disappearing carriages and two rapid-fire 4.7-inch guns. 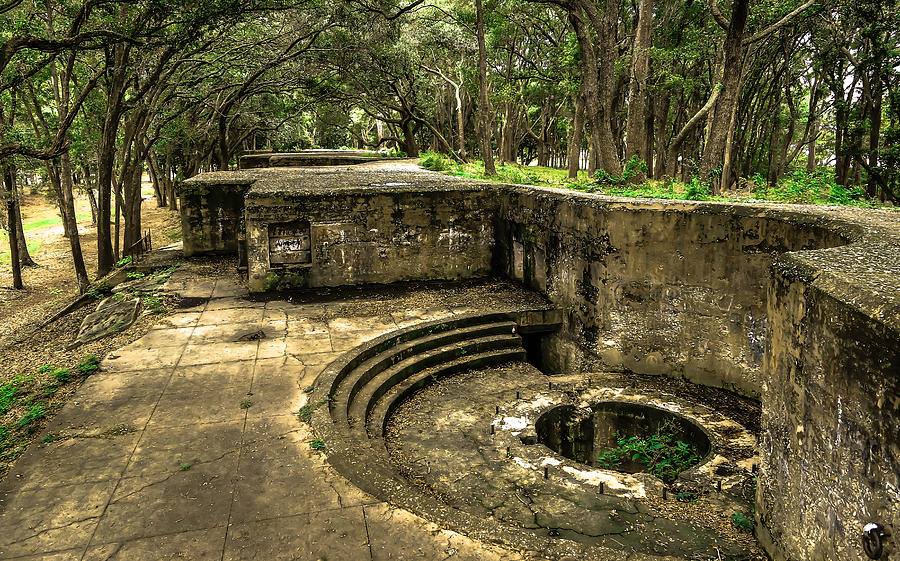 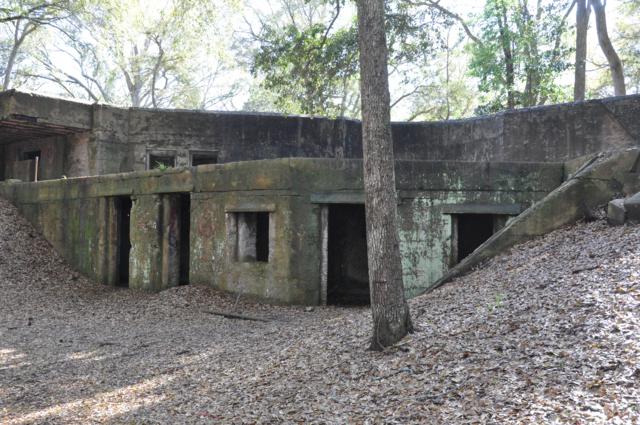 The historical marker at the site 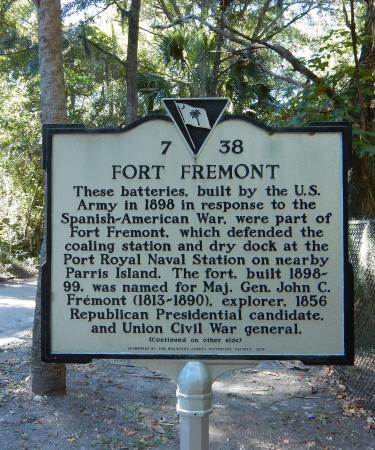 Fort Fremont was built under the direction of the Endicott Board, which was formed in 1886 and tasked with reviewing the country's coastal defenses (the board was named after then Secretary of War William Endicott). It found that the defenses were severely lacking. Not all of the planned forts were built but 26 were. Six of them, including Fort Fremont, were built specifically in response to the Spanish-American War. This location for the fort was chosen because Port Royal Sound is one of the largest natural deep water harbors on the east coast and is where a U.S. Naval Station was located. At the time, the station had a dry dock and supplied coal to Navy ships. These functions were critical to the American war effort.

After two years of construction by the Army Corps of Engineers, Fort Fremont was finished in 1900. There were several buildings at the fort complex, which was 170 acres in size. These included the barracks, a hospital (which still stands and is now a private residence), administration building, guard house, water tower, and horse stable. The battery itself is located on a ridge overlooking the Sound and was made of concrete poured into forms. As for the armament, the battery had three 10-inch rifled guns on disappearing carriages—meaning that they could raised and lowered—and two rapid-fire 4.7-inch guns. At its peak, the 112 troops manned the fort. The fort never saw action in battle and was decommissioned in 1911. It was later sold at auction in 1930. Over time, the the buildings were torn down and the battery became covered in vegetation. Finally in 2004, the county purchased the property and in the coming years improvements were made to the site.