This historic depot was completed in 1915 and served passengers until 1953. The building stood empty for many years, but local preservationists worked to save the building and find new tenants at several key moments over the past decades, else this depot would be lost. The building was placed on the National Register of Historic Places in 1980. The depot was essential to the war effort in World War II, and also served as a hub of the city's growth in previous decades. After being purchased for just over sixty thousand dollars in 1991, the building was re-purposed as office spaces and the national headquarters of Kappa Kappa Psi and Tau Betta Sigma, fraternal organizations for collegiate band members.

The depot serviced its last train in the 1950s and was converted into a restaurant in the 1980s. 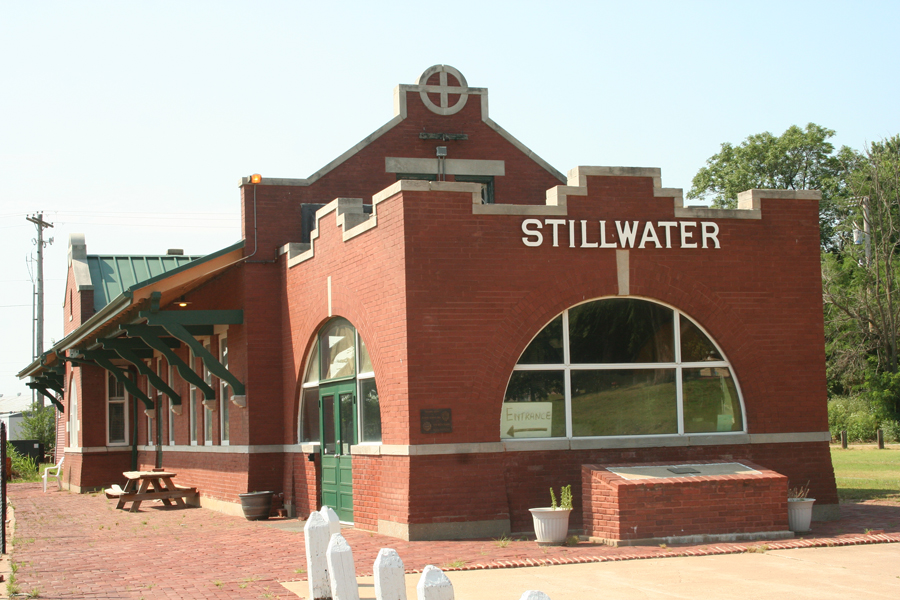 Like other facilities in the South, the depot was segregated. Prior to its purchase and conversion to a restaurant called Stillwater Station, the building's walls still indicated the location of the "colored" lobby and ticket window.

In 1991, efforts to persuade city and county organizations to purchase the building in order to save it from possible destruction failed, and the historic building was placed on the auction block. Recognizing the potential tragedy should a buyer not be found, as well as the building's potential, several community members and business leaders purchased the building and then sold it to the band member fraternal organization for the same amount they had spent to save the building.