Blenheim, a two-story brick home, was built around 1859 and owned by the Willcoxon family. As Fairfax (then Fairfax Court House) was located just outside of Washington DC, it was strategically important throughout the Civil War; while it was aligned with the Confederate cause at the outset of the war, the city changed hands between Confederates and Union troops until 1863, after which it remained under federal control. During the war, Blenheim was abandoned by the Willcoxons and occupied by Union troops. Today, visitors to Blenheim can find over 120 inscriptions etched by Union soldiers - including names, dates, units, poems, art, games, and other drawings - on the walls of the first and second floor. The home provides some of the best examples of Civil War inscriptions and diaries on walls, offering insight into the lives of soldiers and the effects of the war. 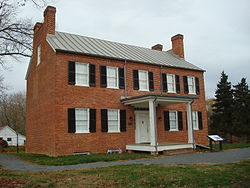 Example of writing and artwork in the attic of Historic Blenheim. 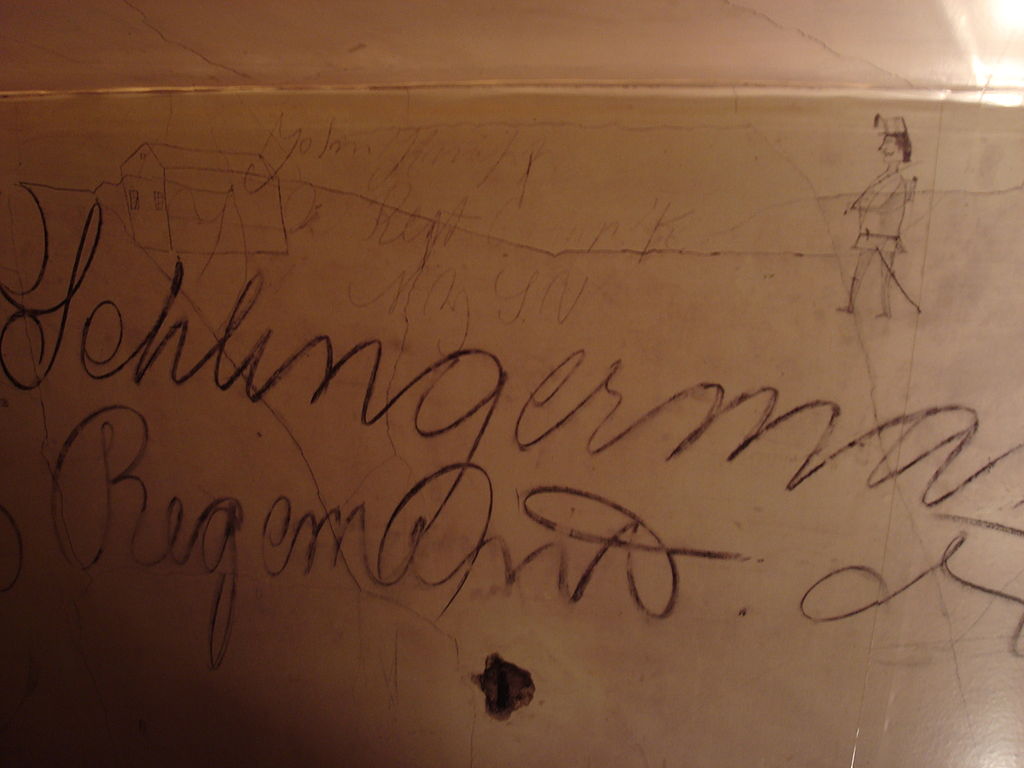 Artwork on the attic walls at Blenheim 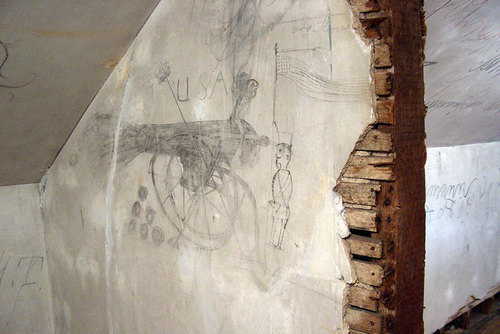 Fairfax Station During the Civil War. Photograph by Matthew Brady. 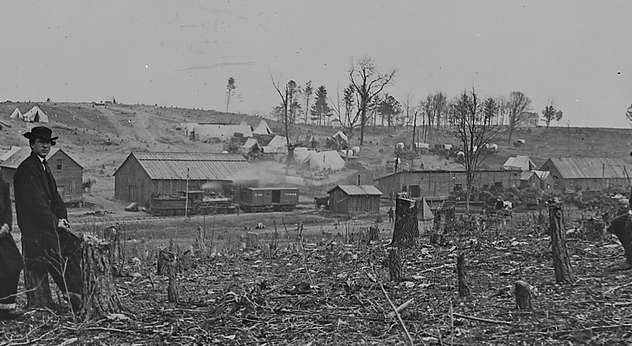 Soldiers at the Fairfax Courthouse in June 1863. Photograph by Timothy H. O'Sullivan. 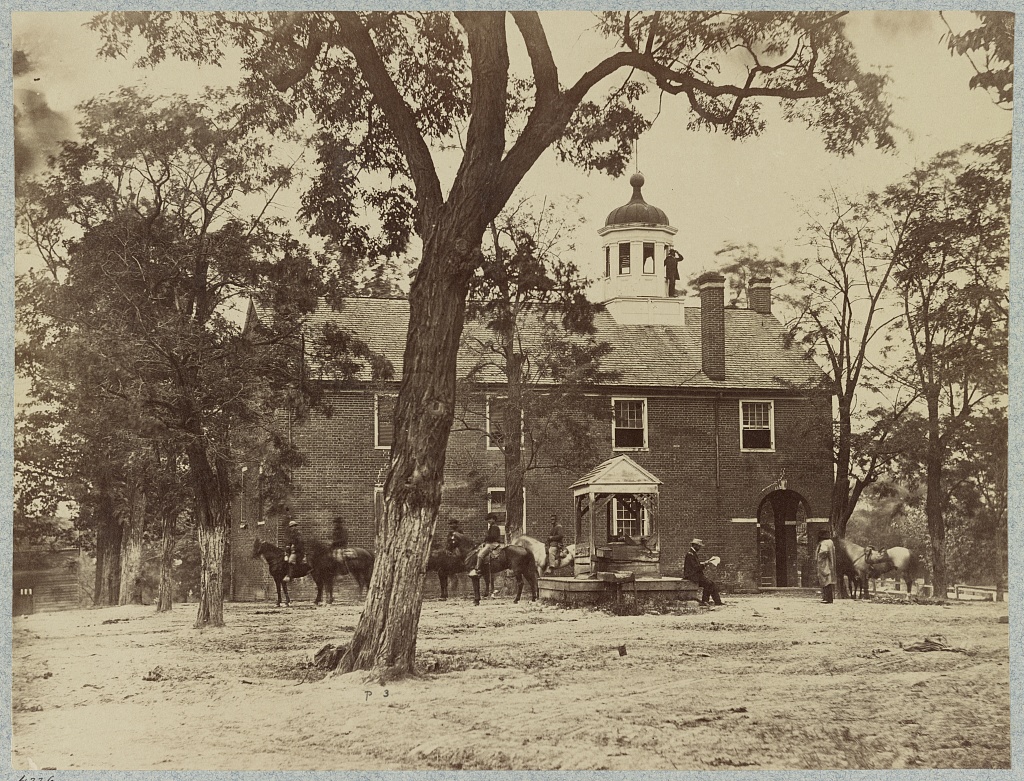 Blenheim was first known as Willcoxon Place. Captain Rezin Willcoxon was a veteran of the War of 1812 and a prominent landholder, ultimately owning upwards of 1,000 acres in Fairfax and Loudoun Counties - including what is now the Blenheim property. His son, Albert T. Rezin, began buying his land in the late 1840s, purchasing the main tract and home in 1854. This home was destroyed in a fire in early 1855, and Albert built the dwelling that survives today, completing the Greek Revival-style structure sometime between 1856 and 1860. It may have been built using slave labor.

Albert Willcoxon and his wife, Mary, were staunch secessionists. They sold all kinds of supplies to Confederate troops early in the war. However, as the conflict progressed, the region was both devastated and made increasingly dangerous for rebel sympathizers, especially in the vicinity of Union-occupied, strategically important locations like Fairfax Court House. The Willcoxons most likely left their home sometime between February and November 1862. By October 1862, Willcoxon Place was serving as a Reserve Hospital for the 11th (Union) Army Corps. The existence of this hospital is not only supported by official records, but also by evidence left in the home itself: over 120 signatures, drawings, and messages, connected to at least 15 different regiments, survive on the walls. Leaving such inscriptions in buildings was common during the war; however, Willcoxon Place is one of the most extensive and best preserved examples.

The home stayed in the family following the war and over the succeeding decades. It also eventually became known as Blenheim. Willcoxon heirs began dividing and selling the property in the 1950s, and the home ultimately passed under the ownership of the City of Fairfax Office of Historic Resources. A small family cemetery and single outbuilding remain on the property. Also currently on the grounds is a small circa 1840 home, previously the residence of Albert Willcoxon's sister, that was moved there in 2001. The Blenheim house was listed on the National Register of Historic Places in 2001. Today, the Civil War Interpretive Center, located next to the Blenheim house, is used to teach the site’s history as well as the story of the Civil War in the Fairfax area.

10 am to 3 pm, Tuesday through Saturday. Free guided tours at 1 pm.