The Bobcat Restaurant, known to many as simply the Bobcat, was previously a hangout spot for the youth of Hamlin, WV, as the restaurant itself was named after the previous Hamlin High School’s mascot. The building in which the business was located remains on Walnut Street as it did during the restaurant’s heyday; this street makes up the main street of Hamlin and is where the annual 4th of July celebration occurs for the Lincoln County community. Moreover, Walnut Street is the current location of the Lincoln Journal and a few currently operating businesses. Other than the Bobcat, this street is lined with more abandoned buildings of an earlier time like the one that previously housed a furniture and appliance business called Lovejoy’s Furniture. The furniture store was a family owned business and was owned by the same family as the Bobcat. The Bobcat was owned and ran by Sharrell Lovejoy for over 62 years and closed in February of 2009. It was recently purchased by a new owner who plans to restore the business to its original glory, reestablishing its prominent and beloved place within the Lincoln County community.

Present day photo of the Bobcat Restaurant on Walnut St. 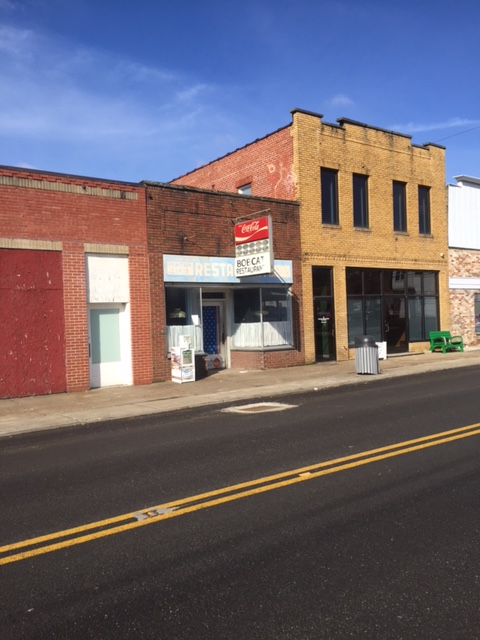 Close up of the front of the restaurant. 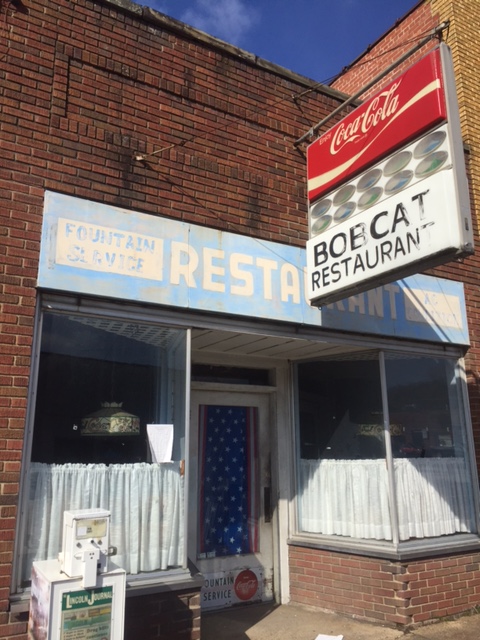