The Ocracoke Preservation Society Museum is located in the historic David Williams House, which was built by its namesake around 1900. Williams (1853-1938) was the first to appointed Chief of US Coast Guard in Ocracoke. The museum features exhibits describing local maritime history and island life. The first floor serves as the museum area and the rooms have been given an early 1900s appearance. Numerous items are on display including artwork, navy uniforms, quilts and WWII antiques. Information about the nearby Ocracoke Light Station can also be found here. The upstairs is where the offices and research library are located. There a few items on display outside: a fishing boat, old cistern, a large mill stone, and a ship rudder that was found on a nearby beach. 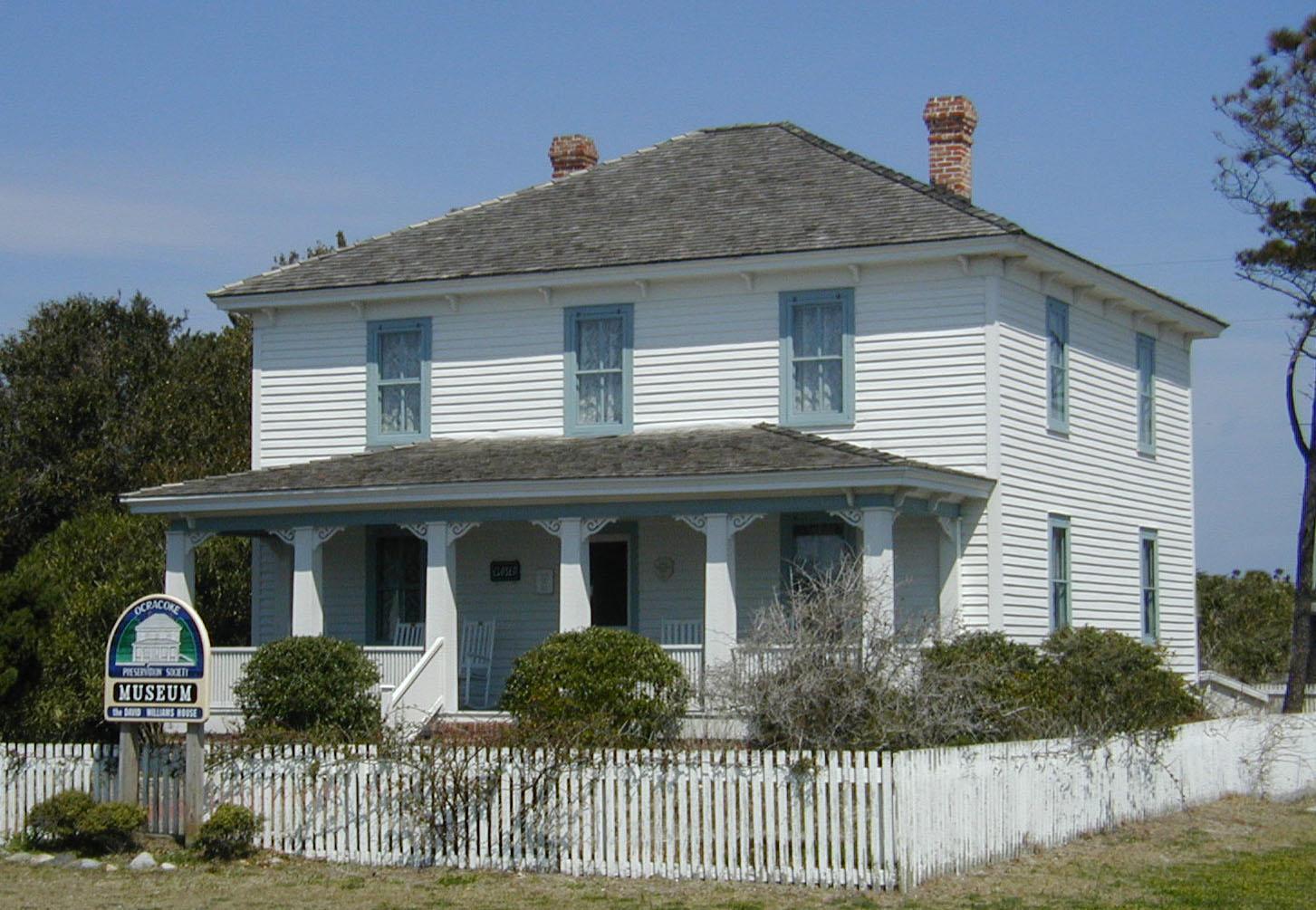 The fishing boat, The Blanche

The maritime room located on the first floor 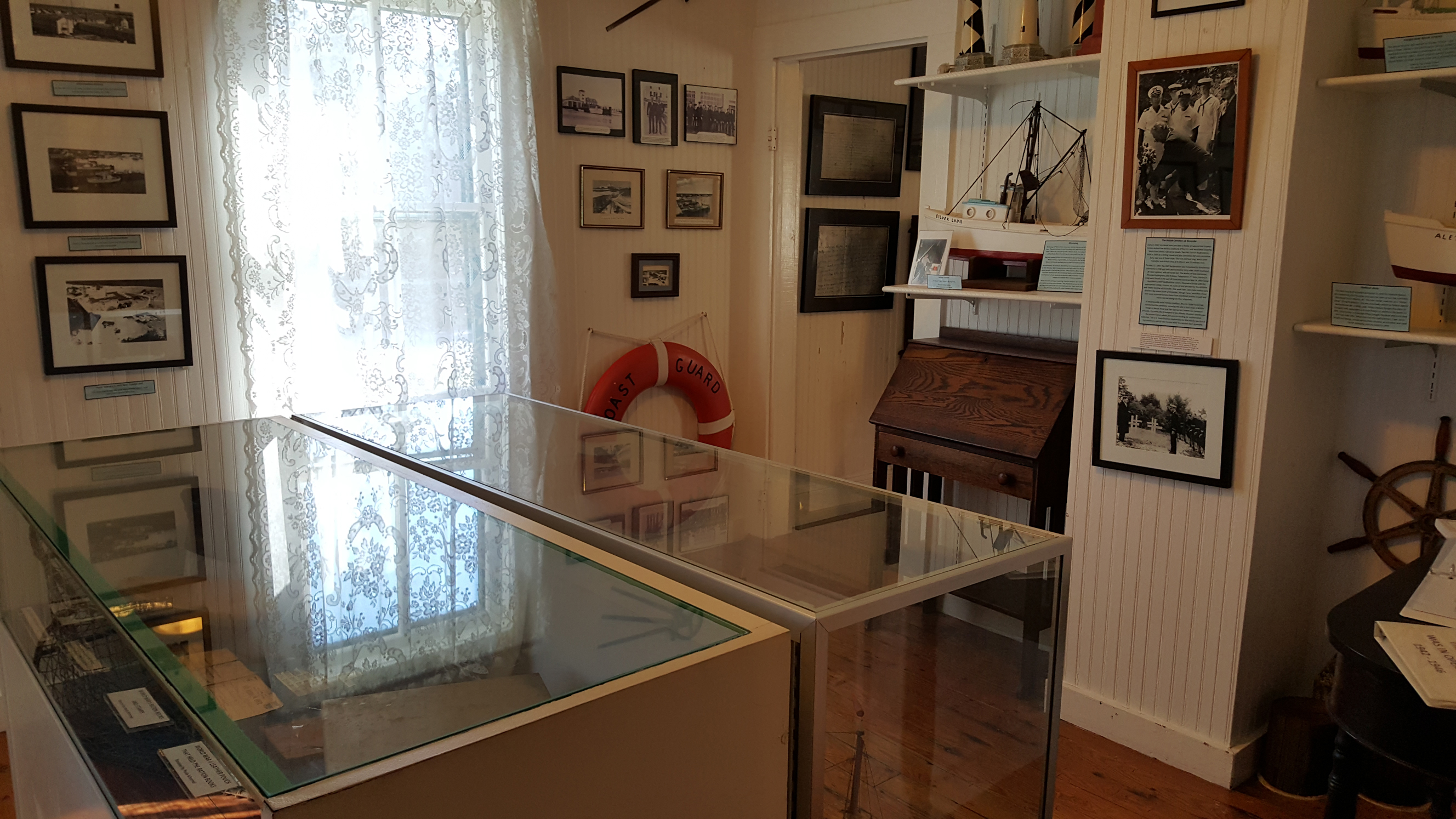 The society was founded in 1983. The society saved the house from demolition and moved it to the current location in 1989 and opened it in 1992 after a few years of restoration. The house is part of the Ocracoke Historic District, which comprises over 200 historic structures including the Ocracoke Light Station.