Constructed in 1870, Chapel Hall is one of several campus buildings at Gallaudet University that is listed on the National Register of Historic Places. The building served as the dining hall, auditorium, chapel, and central hub of Gallaudet University prior to the construction of the many other campus buildings. Gallaudet University is the world's only higher education institution dedicated to teaching the hearing impaired. Founded first as the Columbia Institution for the Instruction of the Deaf and Dumb and Blind in 1857, it became a degree-conferring university in 1864 and has grown to be one of the world's leading repositories of knowledge concerning deaf history and culture, and a focal point for American Sign Language education in the country. It was listed on the National Register of Historic Places in 1966 and became a National Historic Landmark in 1965. In 1974 the boundaries of the designated historic site were extended and renamed "Gallaudet College Historic District." 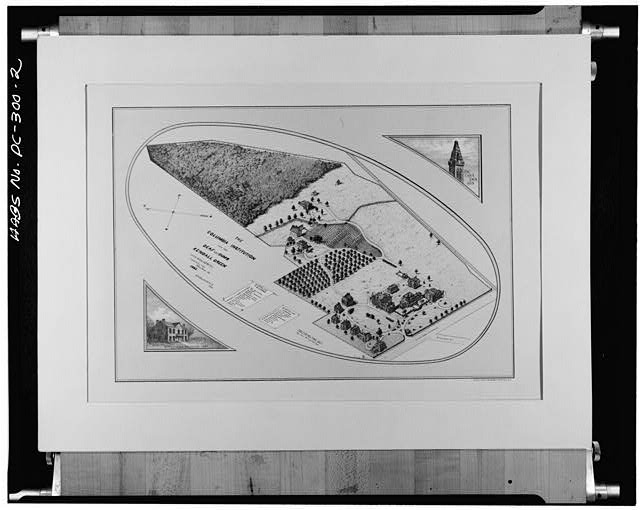 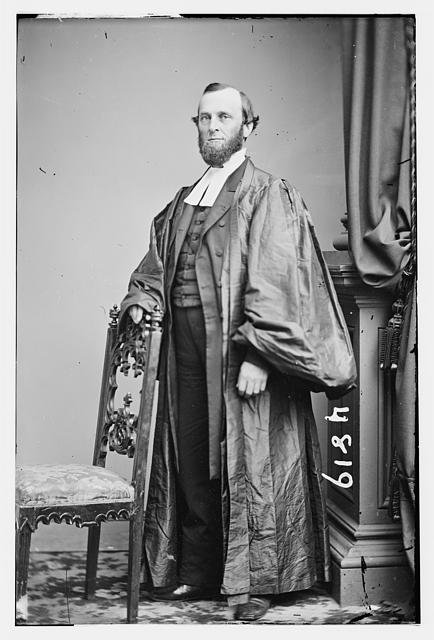 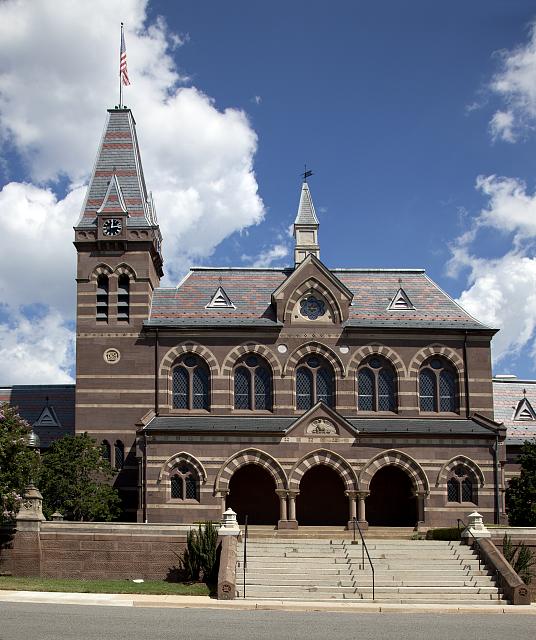 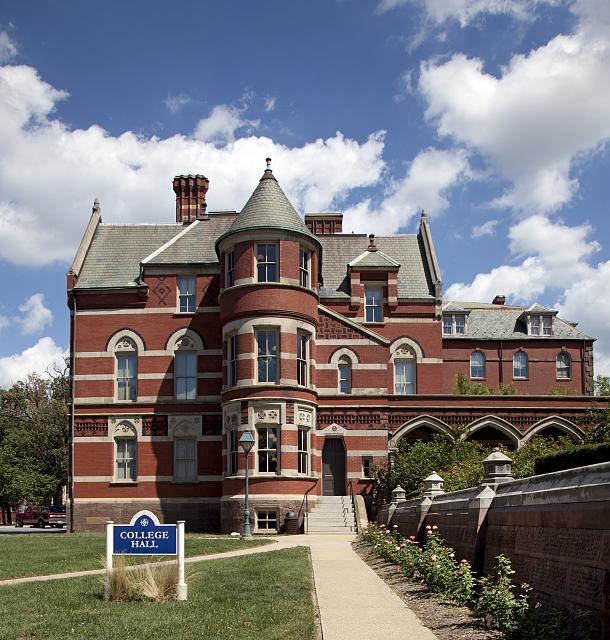 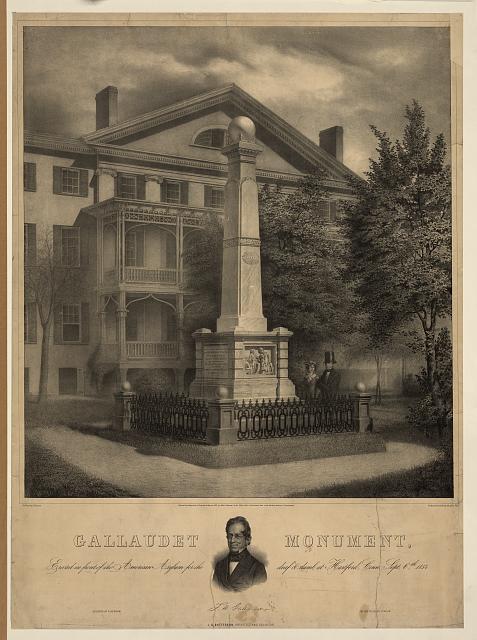 Reverend Thomas Hopkins Gallaudet (1787-1851) was a Pennsylvanian minister and Yale alumni who co-founded the first permanent school for the deaf in America. In 1814 Gallaudet became the personal tutor of a nine year old deaf girl, Alice Cogswell. Inspired by her progress,  Gallaudet ventured to Europe in search of the latest methodologies for teaching the deaf. There he met a deaf French academic,  Laurent Clerc, who returned to the USA with Gallaudet. In 1817 they established the American School for the Deaf in Hartford, Connecticut, as the oldest permanent school for the deaf in the country.

The concept of a higher education institution dedicated to the hearing-impaired was first fulfilled by a former journalist and postmaster general, Amos Kendall, in 1856, when he established the Columbia Institution for the Instruction of the Deaf and Dumb and Blind on the grounds of his own estate in northeast Washington. The plot of land was then known as Kendall Green.  Olmsted, Vaux & Co. - who had recently contributed to the construction of Central Park in Manhattan - were commissioned to create the High Victorian Gothic campus buildings, situated within a romantic modelled landscape.

Edward Miner Gallaudet - son of Thomas Hopkins Gallaudet - became superintendent of this school. Gallaudet's deaf mother, Sophia Fowler Gallaudet, was also hired as the school's matron. In honor of the work done by his father, a portion of the campus was renamed as Gallaudet College in 1894, and by 1954 the name extended to encompass the entire institution. During the Civil War the campus was used as a hospital for Union troops.

The U.S. Presidents have longstanding links with Gallaudet as patrons of the school. In 1864 President Abraham Lincoln conferred to the school the right to award degrees, at which point it became a fully-fledged college - though it only had eight students enrolled at the time! Alexander Graham Bell delivered the commencement address that year, and in return was awarded an honorary doctoral degree. President Ulysses S. Grant signed the degrees of the college's first graduates, and since then all of the university's college degrees are signed by the President. In 1969 President Lyndon Johnson created the Model Secondary School for the Deaf (MSSD), which was established on the Gallaudet campus the next year, under the Nixon administration.

The school was pioneering in many ways. In 1887 they admitted six women as students, and the following year the admission of women to the school became permanent. In 1986 Gallaudet became a university, and two years later appointed its first deaf president: Dr. Irving King Jordan, himself a graduate of the college. One other first is linked to the school - that of the football huddle. This started when the school's football team discovered that their opponents were reading their signed messages during play. The university's commitment to researching and celebrating deaf  history and culture has continued in the new millennium. They now offer more than forty degree options, and have opened a number of new research and learning centers, such as the King Jordan Student Academic Center and James Lee Sorenson Language and Communication Center.

The listed historic district contains a number of notable structures, including the Chapel Hall, College Hall, the accommodation on Faculty Row, and "Ole Jim." Visitors can see a monument dedicated to Thomas Hopkins Gallaudet that was sculpted by Daniel Chester French, one of the most acclaimed sculptors of 19th century America (he is best known for carving the statue of a seated Abraham Lincoln in the Lincoln Memorial, Washington D.C). The campus also contain's the USA's second-oldest indoor swimming pool (Harvard University contains the earliest).