Red Ash Island is a small piece of sometimes water-isolated land in the New River. The island is home to a cemetery which is indicative of two of the most present dangers in a coal camp: disease and mining disasters. The area is the resting place for the victims of the smallpox epidemic of the late 1800s, miners who died as a result of mining disasters in the early twentieth century, and deaths associated with the 1917 influenza pandemic. In addition to more macabre uses, the island was also home to a baseball diamond, several swimming holes, and community events. Today, Red Ash Island is a relatively hidden spot for hikers and whitewater rafters to explore the graves which hold so much history of the area. 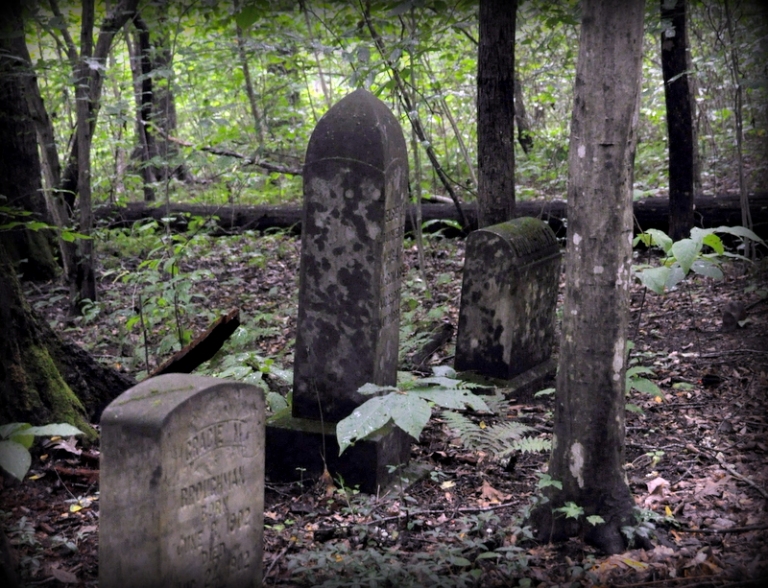 This gravestone marks the resting place of Elsie M. McComas, who died in 1909, three months before reaching her second birthday. 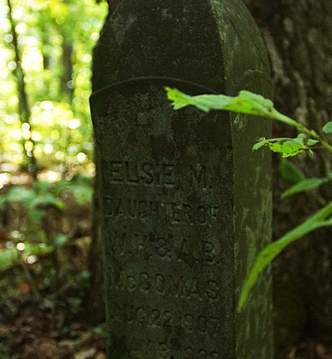 A metal grave marker on the island. 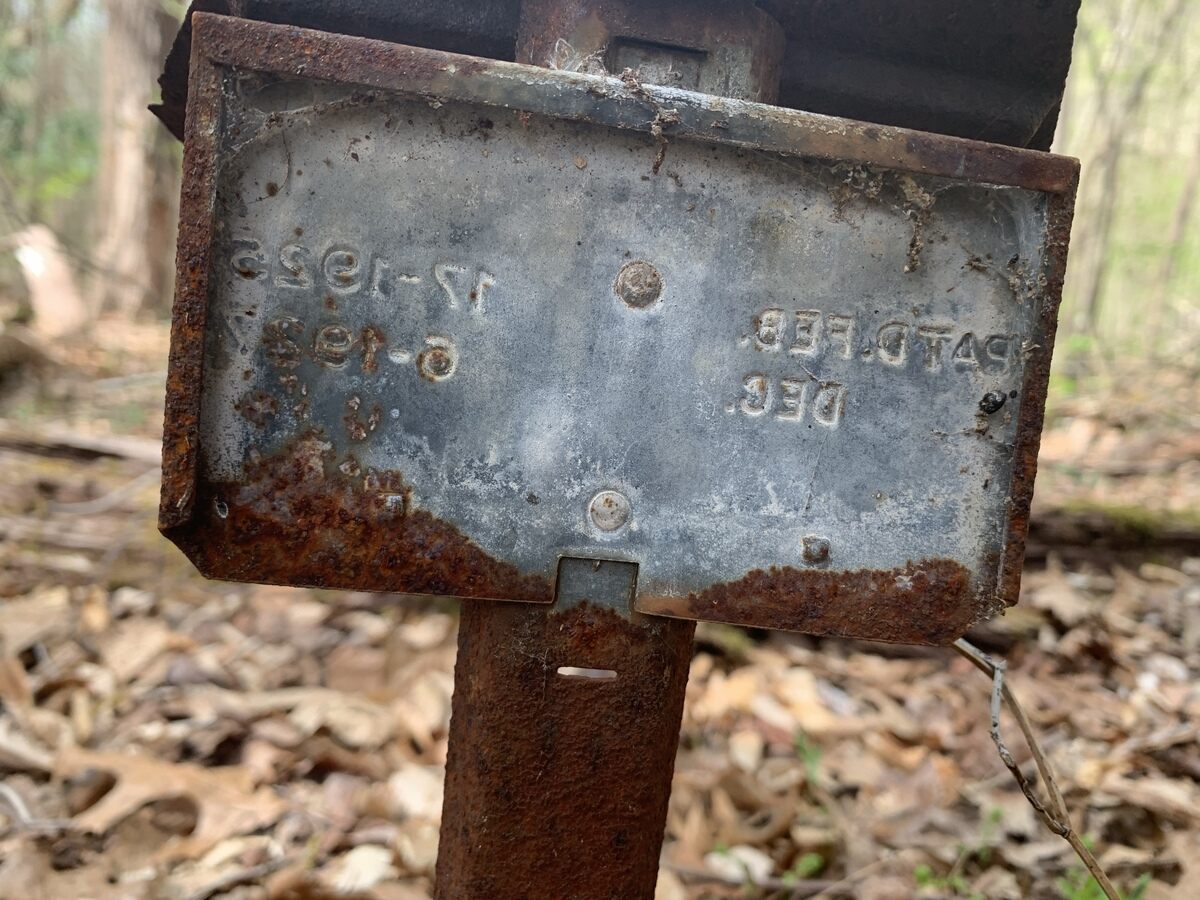 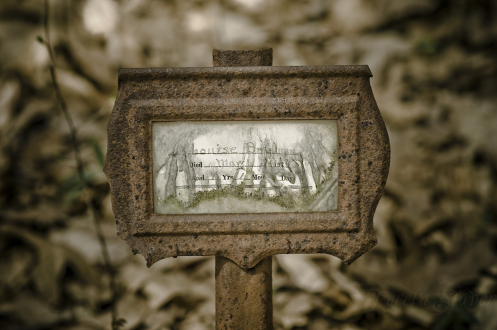 Overgrown coke ovens near the town of Red Ash. 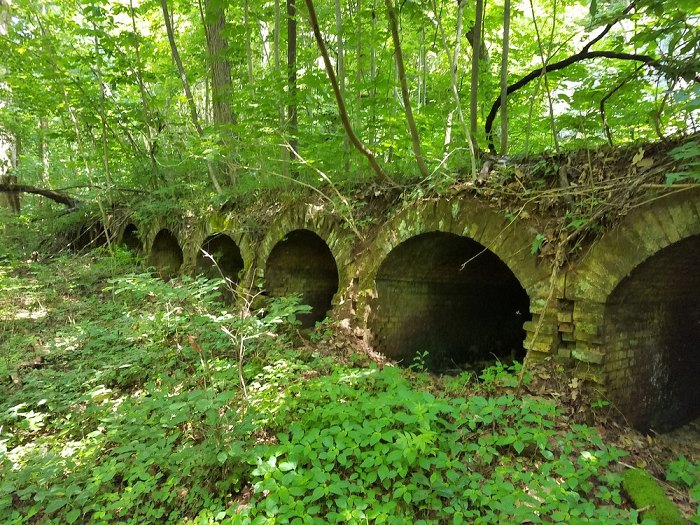 Red Ash Island is a roughly twelve acre area of land that is seasonally separated from the banks of the New River. The island was primarily used by members of the Red Ash mining camp, which was located nearby. Red Ash was established in 1891 and operated over one hundred coke ovens. In contrast to many mining towns along the New River, Red Ash preferred to use bread loaf coke ovens over the more common honeycomb ovens. The bread loaf ovens offered the advantage of a mechanical arm to more efficiently load and unload coke. In addition to operating coke ovens, workers from Red Ash also worked in the Red Ash, Kaymoor, and Thurmond mines.

Red Ash Island was first used by members of the Red Ash community in the 1890s. A smallpox epidemic swept through the New River Gorge with almost thirty percent of those afflicted dying. There was only one hospital near Red Ash, and it refused to admit patients with contagious diseases. Residents with smallpox were instead sent to live on Red Ash Island until they either recovered, or died. There were three buildings constructed to aid in the quarantining process. Two barracks-style buildings housed the afflicted — one for men and one for women and children. A third building housed Dr. Rappold, a company smallpox doctor. The coal company that owned Red Ash understood the importance of Red Ash Island as a pesthouse and provided a boxcar to transport the sick to and from the island. The smallpox epidemic lasted for approximately five years, after which the buildings were abandoned as there was no longer a need for them. The Pennbrook Coal Company, which bought out Red Ash in the early twentieth century, demolished the structures, though the graves of the smallpox victims were undisturbed.

On March 6, 1900, only a few years after the smallpox epidemic heavily scarred New River communities, forty-six coal miners were killed in a methane explosion at the Red Ash Mine. An article in the Charleston Gazette claims, “the night before, the closing crew failed to close vent doors, which allowed gas to build up in ceiling pockets in the drift mine.”[1] The next morning, the fire boss was late for work. As the miners were paid by the weight of coal they mined, not for their time on the site, they began working without waiting for the typical safety inspection. It was likely a spark from a miner’s headlamps that caused the explosion, which was so powerful that mine equipment landed in the river more than four hundred feet away. Many of the bodies of the miners killed in the disaster, if they could be recovered, were put on trains and sent to relatives or family homes. However, equally many bodies were interred on Red Ash Island.

Just five years after the first Red Ash explosion, another explosion occurred in the mine. On March 18th, 1905, Red Ash Mine was connected with adjacent Rush Run Mine. Loose blasting materials made their way onto a mine car track and exploded when a car ran over them. Ten miners in each mine died as a direct result. An auditor for the mine company was taking a smoke break outside the mine and witnessed the explosion. He wrote, “I hope never to see such a thing again. When I saw that awful sheet of flame belch forth from the mountain, I thought the world was coming to an end. The fire shot from the opening nearly across the river to the cliffs on the other side of the valley. It seemed like a volcano had opened up and was about to envelop us with flame.”[1] Six hours after the explosion, a fourteen man rescue crew entered the mine in an attempt to locate survivors. Tragically, the rescue crew was also killed when their lamps ignited accumulated methane due to the destruction of ventilation fans in the first explosion. The total death toll for the day was twenty-four miners, many of whom were purportedly buried on Red Ash Island.

The cemetery on Red Ash Island is composed of over two hundred graves, most of which are unmarked and overgrown. The grave markers that are present are typically crude headstones made from recycled building materials or field stones. More recent burials were sometimes marked with professionally made headstones typical of a less rural cemetery. Some of these burials were likely the result of the 1917 influenza pandemic, though the island was not used as a pesthouse as it was during the 1890s smallpox outbreaks. The Red Ash Community continued to use the island cemetery until the 1940s. However, Red Ash Island was not solely a place of suffering and death. Burials on the island may have ceased due to the construction of a baseball diamond in the 1940s. Three small ponds on the island were favorite swimming holes for locals in the warmer months. Additionally, a dance platform on the island was the site of many celebrations and community events.

The town of Red Ash was abandoned by the 1950s. The foundations of buildings, bread loaf style coke ovens, and graves on Red Ash Island are slowly being subsumed by the forest. Despite this, the site of the former town and island are still popular locations for hikers and bikers. Red Ash can be accessed year round by parking at the public boat launch at the former mining community of Brooklyn, WV. Though there is not an official trail to the former town or Red Ash Island, directions can be found on the National Park Service website.

Cristy. The Remote Hike To Red Ash Island In West Virginia Winds Through An Old Growth Forest And An Abandoned Graveyard, Only In Your State. March 3rd 2020. Accessed May 7th 2021. https://www.onlyinyourstate.com/west-virginia/red-ash-island-hike-wv/.