Not far from the town of Cullowhee is Judaculla Rock, a soapstone outcropping featuring numerous prehistoric petroglyphs that have been estimated to date to the Middle Woodland and Late Mississippian periods (roughly 1000 BCE to first contact with Europeans). These carvings include circles, lines, cupules, crosses and other makings. The site is considered a sacred place for the Cherokee people, who lived in the region before being pushed out by advancing American westward expansion. According to Cherokee legend, a slant-eyed giant, Judaculla, lived in these mountains of western North Carolina and that the markings tell one how to enter the spirit world. One story says that Judaculla leaped down from the mountain and landed on this spot, and either his toes or fingernails scratched the rock. Given its significance, Judaculla Rock was placed on the National Register of Historic Places in 2013. 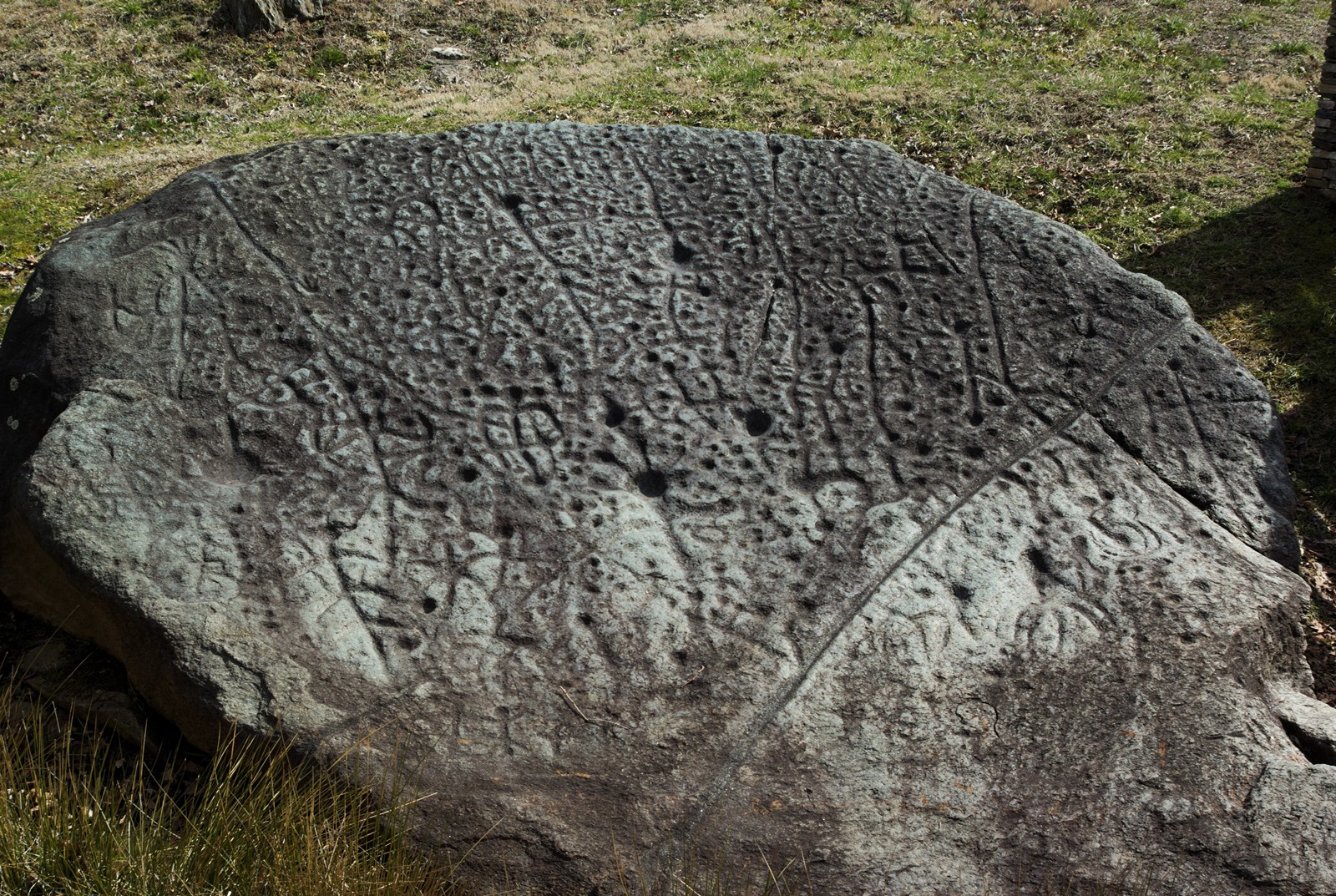 The site features a wooden walkway around the rock

Ethnologist James Mooney documented the legend of the Judaculla in the late 19th century. Additionally, boulders behind the rock indicate evidence of prehistoric quarrying of stone bowls dating to the Late Archaic period (3000-1000 BCE), so the glyphs may date that period as well.