When it was completed in 1919 after three years of construction, the Cheoah Dam was the world's highest overflow dam (225 feet), had the largest turbines, and its transmission lines had the highest voltage and longest span. One of four dams along the Little Tennessee River, its design in the Classical Revival style is also a striking feature and, in the powerhouse, much of the original windows, flooring and decorative elements remain. It was built by a subsidiary of the Aluminum Company of America (Alcoa), which formed in Pittsburgh and originally named the Pittsburgh Reduction Company. The dam's reservoir is 644 acres in size. 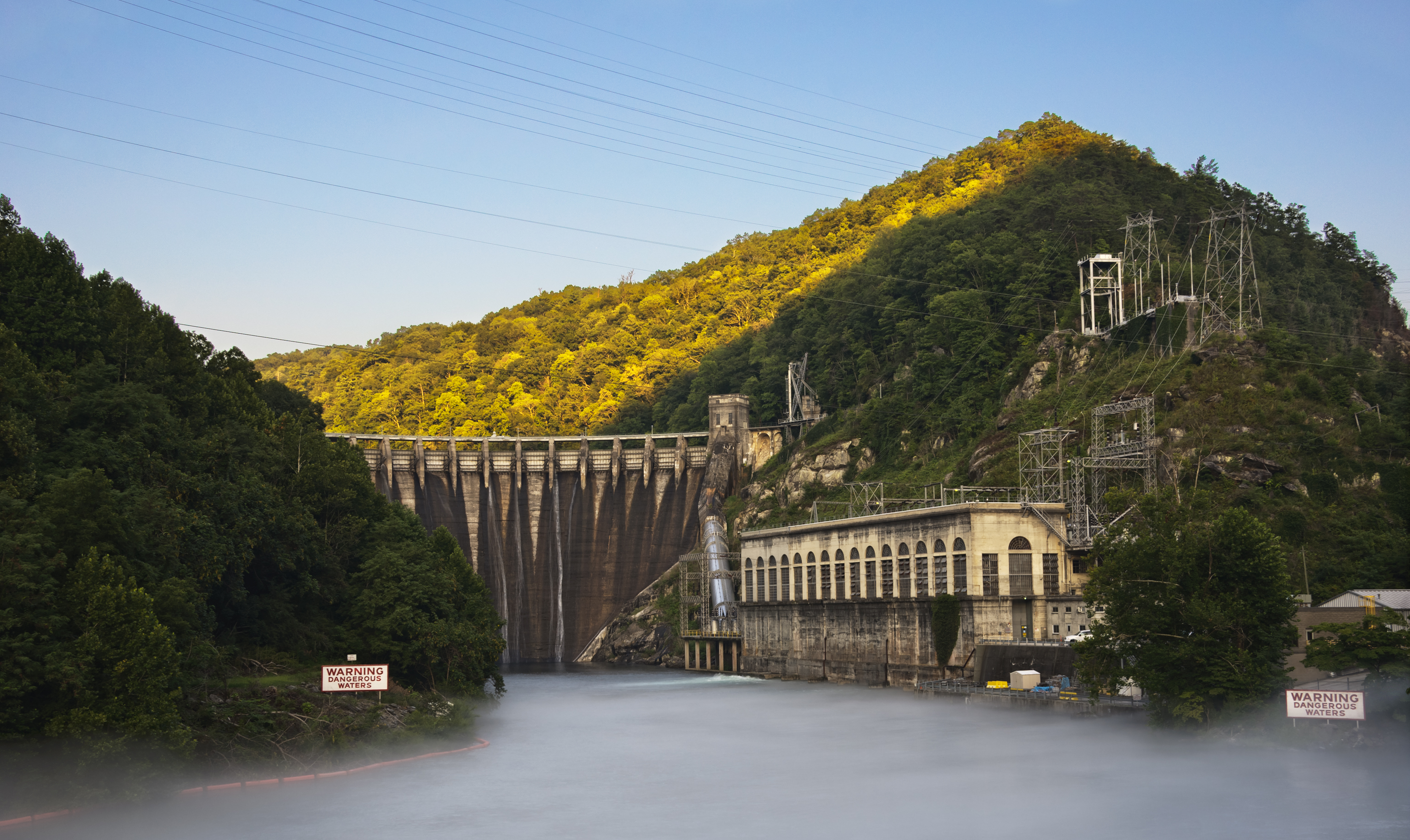 The rising demand for aluminum and the large amount of power need to produce it prompted Alcoa to build Cheoah Dam. The power it generated was not, interestingly, meant benefit North Carolina, but rather Alcoa's metal plants Tennessee. These plants would prove crucial during WWII, when demand for aluminum was at an all-time high. Another interesting fact about the dam is it served as a backdrop of a big scene in the movie The Fugitive, starring Harrison Ford. The dam complex was placed on the National Register of Historic Places in 2004.