Public execution was a public spectacle in the 19th century. People would travel hundreds of miles to witness such an event take place. This is the location of the last public execution in West Virginia, which occurred on December 16, 1897. John F. Morgan was sentenced to public hanging after being found guilty of the murder of three members of Pfost-Greene family. After the execution of John Morgan, the West Virginia legislature made a law in 1899 prohibiting public execution in the state.

Picture of John Morgan with Sherriff Shinn right before the hanging. 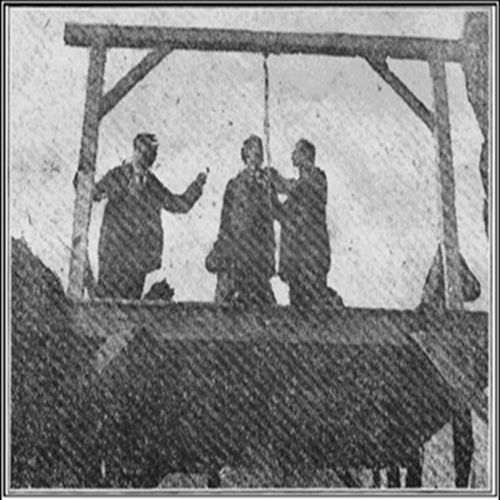 Photo of Morgan's execution along with the large crowd in attendence 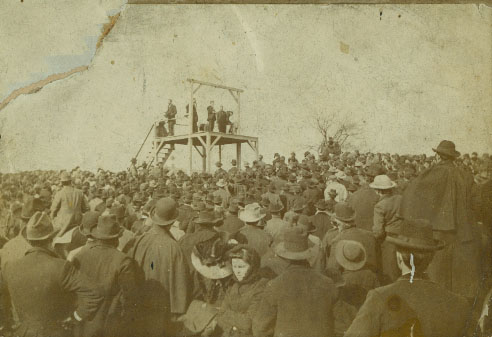 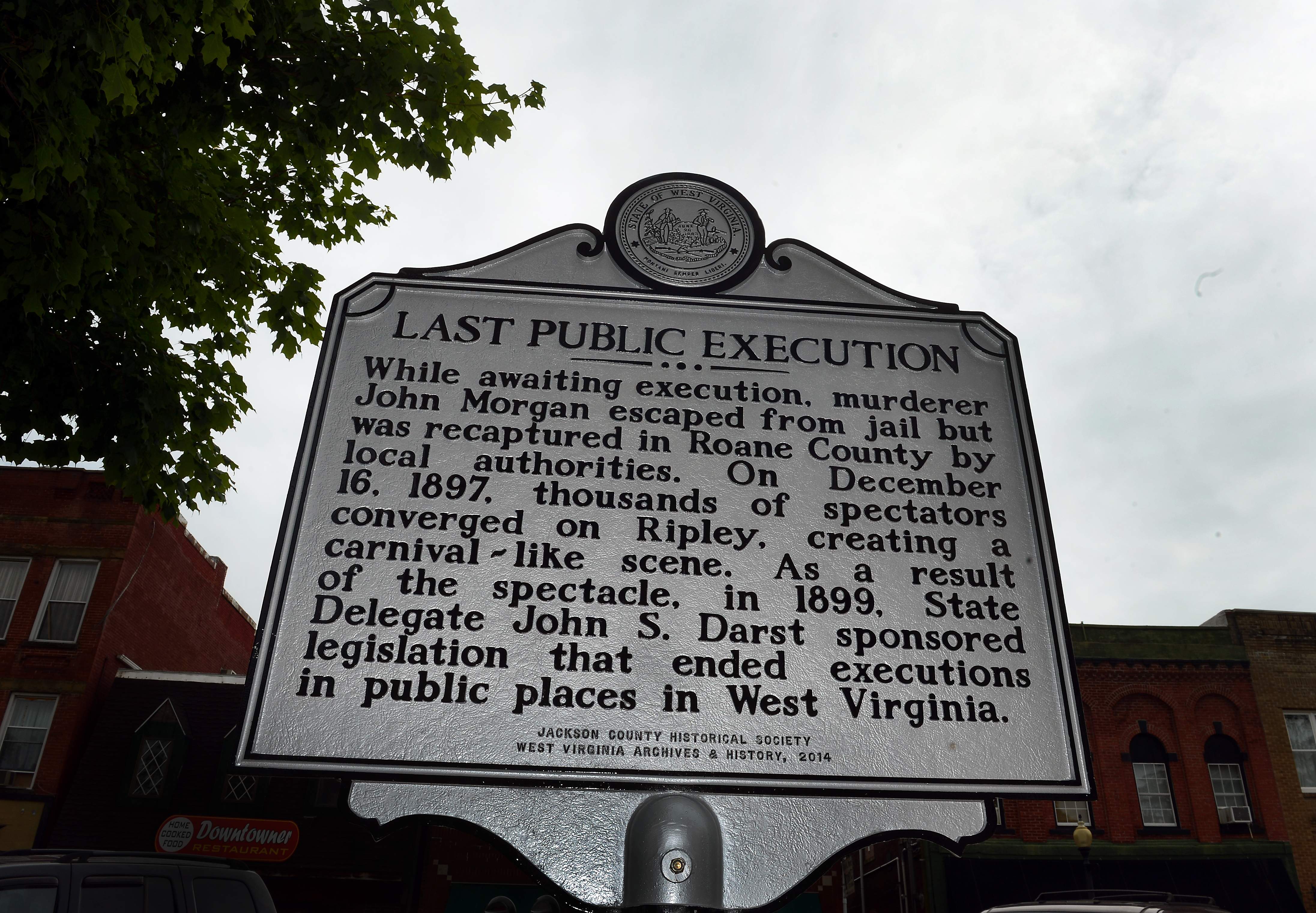 Photo of Morgan's trial taken from Morrison's "The Slaughter of the Pfost-Greene Familey" pamphlet (reprint). 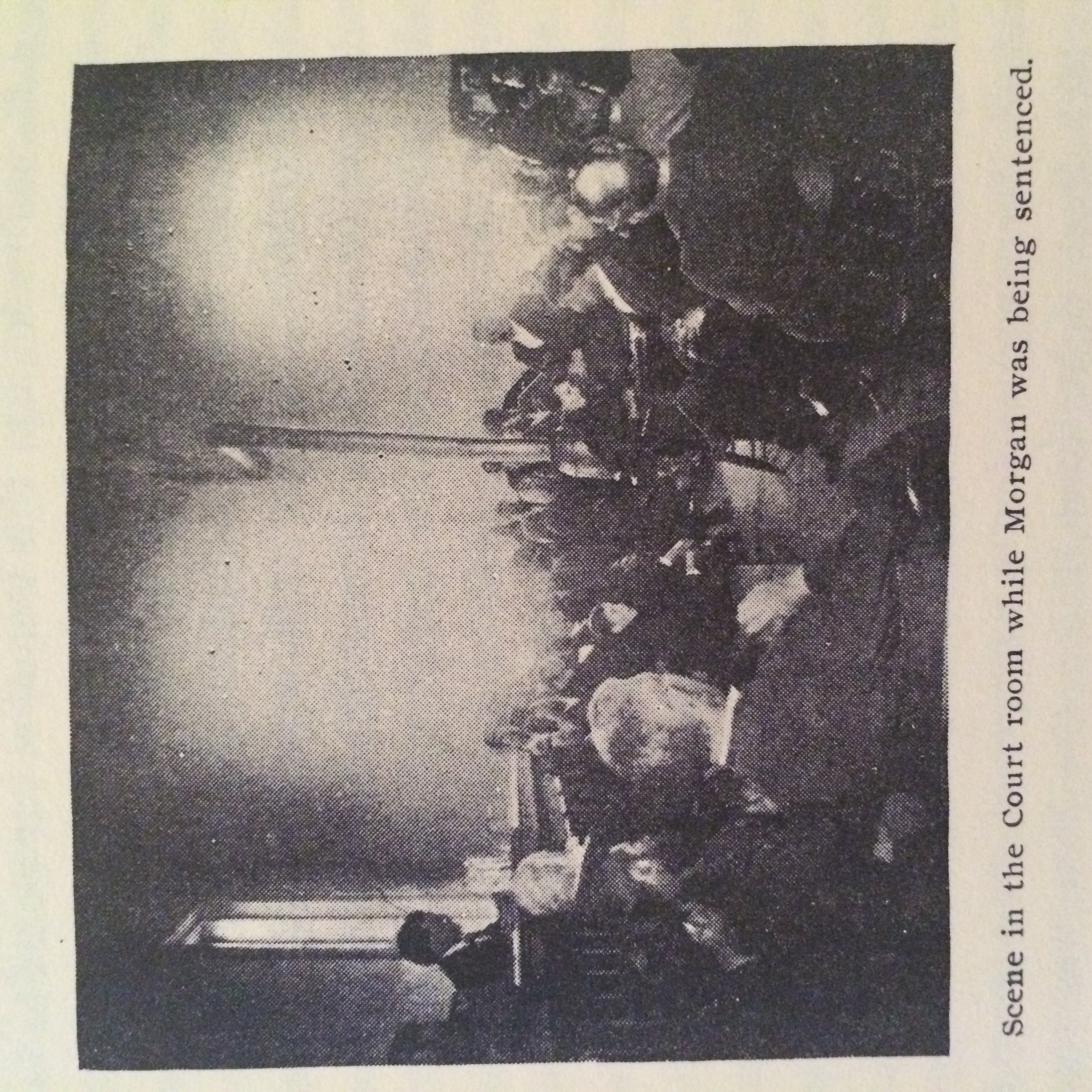 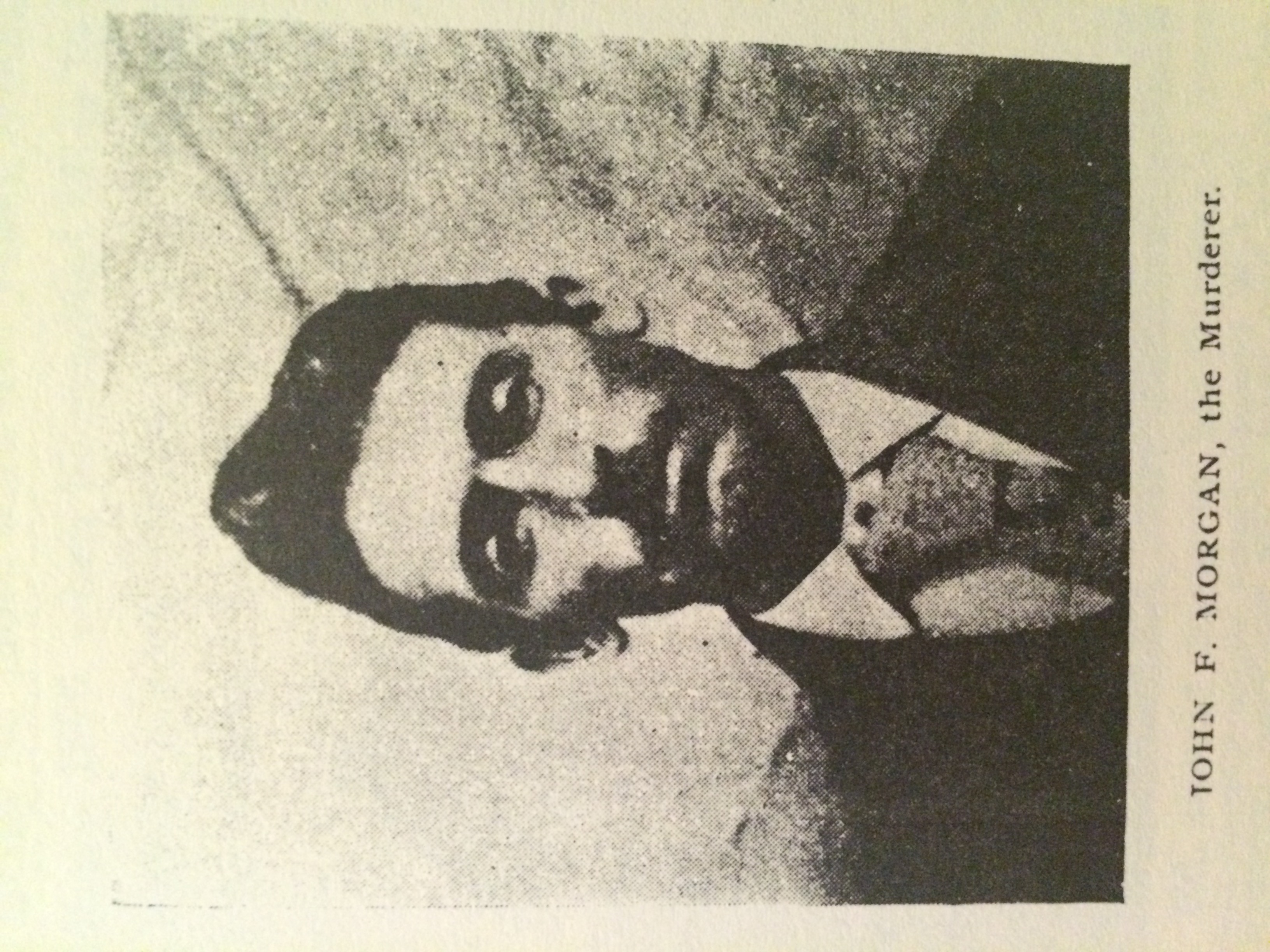 This the location of the last public hanging in West Virginia where John F, Morgan of Ripley was publicly executed. Morgan was convicted of murdering Mrs. Chloe Pfost-Greene, Matilda Pfost, James "Jimmey" Greene, and injuring Alice Pfost who was able to escape. The murder was one of the most horrific of the time, and newspapers from across the United States gathered to report the story of the murder case. Morgan knew the Pfost-Greene family for about five years before the murders, and stayed with them the night before he killed them. Most reports claim Morgan killed the family for their money.

Reese Blizzard was the judge in charge of handling Morgan's case. He was a practicing attorney at the time, but took the case. He sentenced Morgan to hanging after he was proven guilty by 12 jurors in a court of law. Sherriff J. O. Shinn, of Ripley was the man to take command of the execution. It was the second public hanging that occurred in Jackson County. This was the first hanging that Sherriff Shinn oversaw and would be his last. At around 11 o'clock on the morning of December 16, 1987, Morgan and Sherriff Shinn left the courthouse jail. Morgan and the Sherriff arrived at the place of the hanging at noon followed by several media personnel, jurors, and the magistrate. Morgan and Sherriff Shinn then walked up the steps scaffold. There were approximately six thousand people there to watch Morgan hang. At 12:09, the trap that held John Morgan was dropped and he was pronounced dead at 12:24 by Dr. Harrison and Casto.

This was the last public hanging in the state of West Virginia, due largely to the massive crowd and carnival-like atmosphere of Morgan's execution. Many in attendance were drunk and pamphlets like "The Slaughter of the Pfost-Greene Family" were being sold as souvenirs. O.J. Morrison wrote up Morgan's confession and trial in this pamphlet and rushed to get it printed in time for the execution date. The state of West Virginia passed a law prohibiting public execution in 1899. It was one of the first states to do so.