Cape Lookout Lighthouse is situated towards the southern end the 56 mile Cape Lookout National Seashore. It stands at 163 feet tall and is unique in that it is one of the few to operate during the day. Its light flashes every fifteen seconds and can be seen 12-19 miles away. The light is also features a unique checkered diamond paint design; the center Black diamond indicates north to south and the center white indicates east to west. The light is the second one built here as the first one, completed in 1812, was too short at 96 feet high. The seashore is open year round and the Cape Lookout Light Station Visitor Center and Keepers' Quarters Museum is open during the summer, from about mid-May to mid- September. The entire site consists of the light tower, the keeper's house, the oil house and the coal and wood shed. 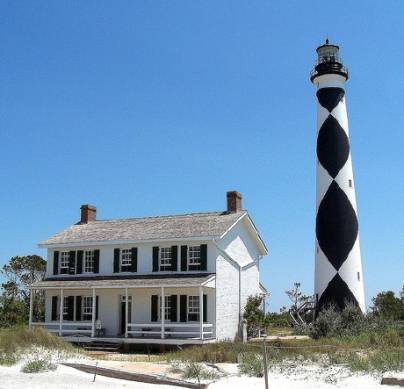 Closeup of the tower 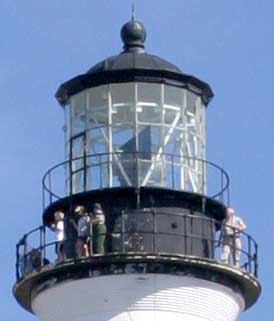 Aerial view of the lighthouse 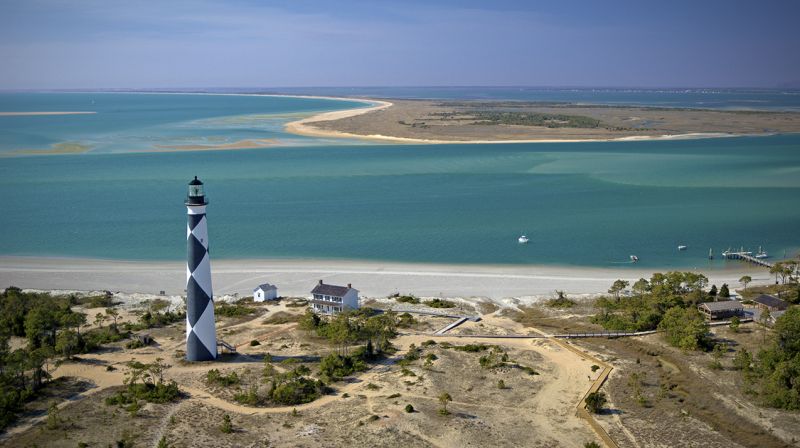 View from the top 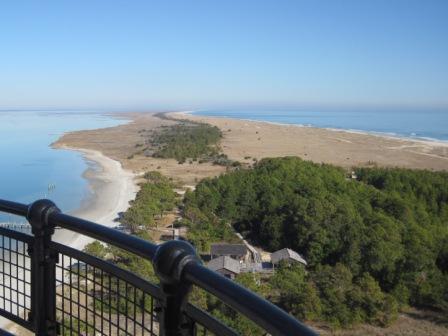 During the Civil War, the Confederacy removed the lenses from lighthouses along the east coast to prevent Union ships from navigating those waters. However, after the Union Army capture Beaufort and Morehead City, they installed new lenses in the lighthouses. A small contingent of Confederate soldiers attempted to blow Cape Lookout Lighthouse but only destroyed the oil supply and part of the iron stairs leading up to the top of the light. Wooden stairs were installed in place until iron stairs were once again put back in place after the war.