The Carolina Basketball Museum is located in the Ernie Williamson Athletics Center on the University of North Carolina's Chapel Hill campus. The museum is open to the general public and admission is free. Exhibits at the facility underscore the rich history of UNC's basketball program and feature video tributes dedicated to the most well-known Tar Heels, including Coach Roy Williams and NBA superstar Michael Jordan.

"Legend" Lennie Rosenbluth Looks at his Placard in the CBM 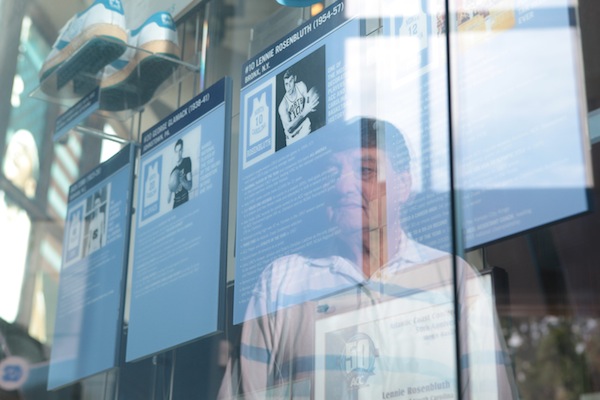 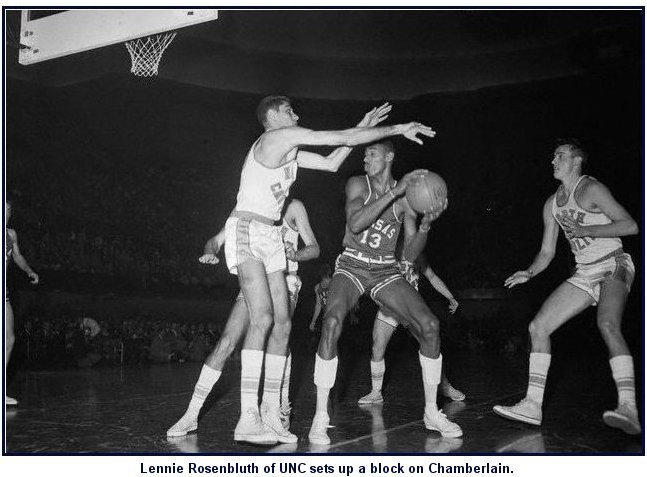 The Carolina Basketball Museum features artifacts and exhibits that tell the history of North Carolina basketball. 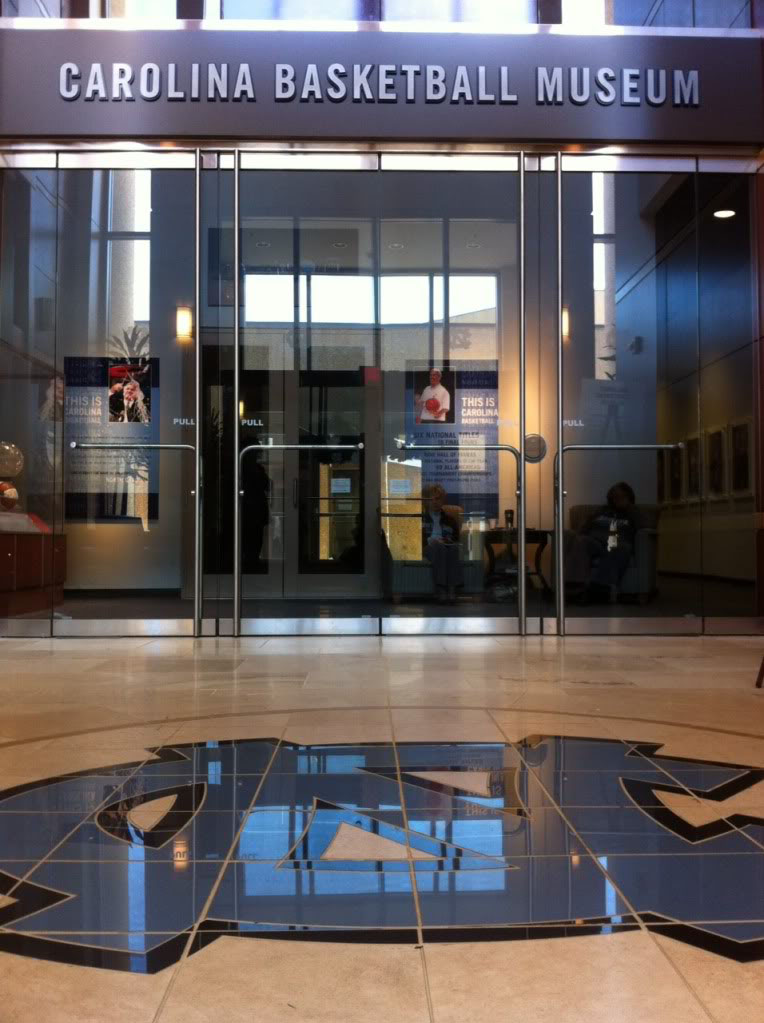 The museum is situated on the UNC campus next door to the so-called Dean Dome, named after a former Kansas assistant who would, in the following year, himself become a head coach and legend at Carolina. The Carolina Basketball Museum is the only facility in the nation that is specifically dedicated to collegiate basketball. The museum's collection includes over 500 artifacts and countless videos and photographs that detail the most historic moments in the program's history.

UNC has long been one of the best college basketball teams in the nation with stars such as Michael Jordan leading the list of UNC greats. Jordan was born in Brooklyn, New York on February 17, 1963. However, he grew up in Wilmington, North Carolina. He began studying at the University of North Carolina in 1981. The Tar Heels won the NCAA Division 1 championships in 1982. Jordan scored the winning basket of the championship game against Georgetown University. He was named NCAA College Player of the Year in 1983 and 1984.

During his junior year of college, Jordan was recruited by the NBA and began playing for the Chicago Bulls. A multi-talented athlete, Jordan left basketball in 1993-1994 to play for a minor league baseball team called the Birmingham Barons. He returned to basketball in March of 1995. He stopped playing professional basketball in 2003.

One of the popular exhibits at the museums explores the 1957 championship game between the University of North Carolina Tar Heels and the Kansas Jayhawks. This was one of the first college basketball games to generate national attention owing to the significance of Wilt Chamberlain and Lennie Rosenbluth, two outstanding minority players in an era when most of the leading teams had Anglo-American rosters. The Tar Heels were anchored by the play of Lennie Rosenbluth, a Jewish-American player from New York City. The Jayhawks were led by Wilt Chamberlain, an African American player who had no equal in college basketball.

This was Carolina's first National Championship and their victory helped propel the program onto the national stage. Lennie Rosenbluth, affectionately called the "Legend" by people wearing Carolina blue, has his own dedicated section at the Carolina Basketball Museum.