The Neighborhood Preservation Center, located in the historic rectory of St. Mark's in-the-Bowery, is home to three organizations: The Historic Districts Council, Greenwich Village Society for Historic Preservation, and St. Mark's Historic Landmark Fund. These organizations use the building for meetings, office space, a public research library, and public events [3]. 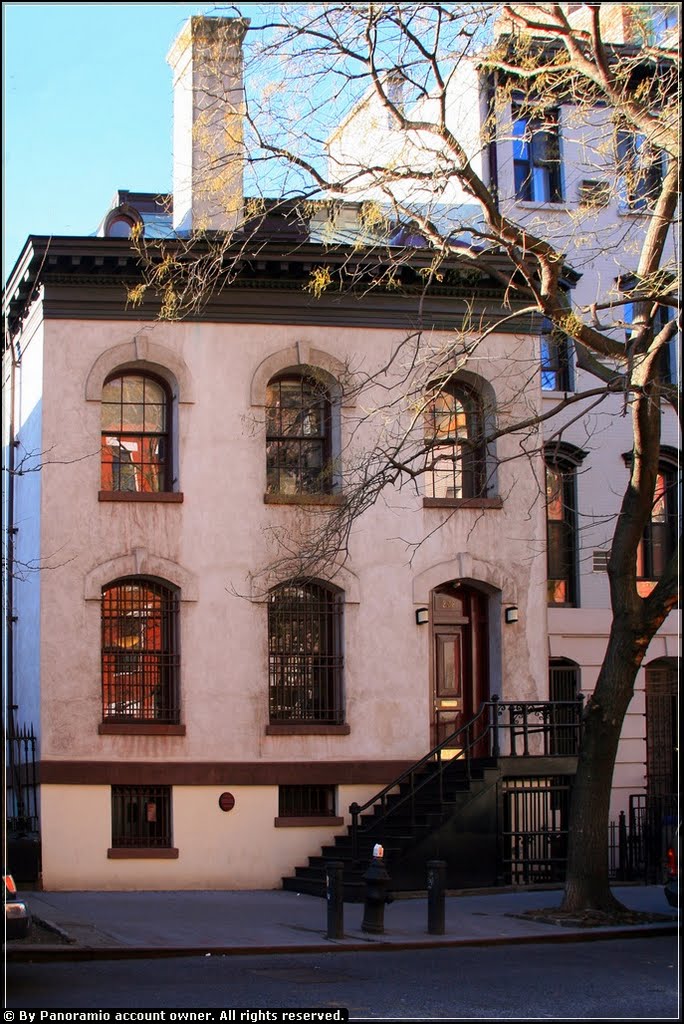 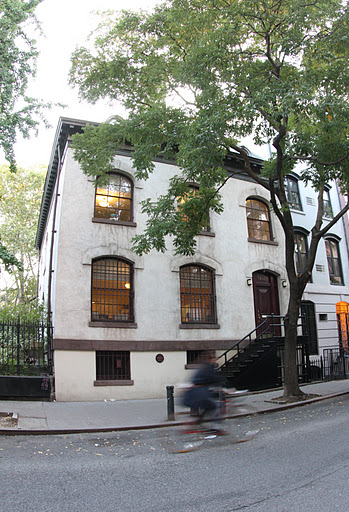 The Neighborhood Preservation Center (NPC), located in the historic rectory of St. Mark's in-the-Bowery, is home to three organizations: The Historic Districts Council, Greenwich Village Society for Historic Preservation (GVSHP), and St. Mark's Historic Landmark Fund (SMHLF). These organizations use the building for meetings, office space, a public research library, and public events. Public events include book talks, lectures, movie screenings, discussions and peer exchanges, meet and greets, and many more. Though the resource center library is non-circulating, it is open to the public by appointment and offers extensive resources online. The library contains books, videos, reports, and reference works on the topics of architectural history and historic preservation; New York history, maps, guides, and zoning; adaptive reuse and community planning; and environment and ecology. The NPC was opened on November 1, 1999 with the purpose of providing public access to and support for organizations involved in New York City history, preservation, and planning [3].

Though St. Mark's in-the-Bowery church is much older, the Beaux Arts rectory was designed by Ernest Flagg in 1900, and was completed in 1901. The first rector to live in the home was Reverend Batten, along with his wife Clara and their children. Batten believed in the power of mental suggestion in healing and initiated psycho-therapeutic healing and hypnotism workshops for alcoholics in the rectory, also publishing a number of works on the subject [4]. In 1988, the Ernest Flagg Rectory was damaged in a fire, and the St. Mark's Historic Landmark Fund began efforts to restore the building. From 1990 to 1993, the exterior was restored, and interior restoration began in 1997, when the idea of the Neighborhood Preservation Center was first proposed. Two years later, the Center opened in the restored rectory, which continues to be used and maintained through a combination of preservation and sustainability by the SMHLF, along with the Historic Districts Council and the GVSHP [3; 4].

The Historic Districts Council works to preserve historically significant neighborhoods, buildings, and public spaces, providing support to more than 500 community organizations throughout New York City. The Council was formed in 1971, has helped achieve official designation of nearly all 110 historic districts in the city, and reviews and monitors all public proposals and works related to development involving historic buildings and districts. The Council also offers public programs, conferences, workshops, walking and bicycle tours of historic neighborhoods, and talks on New York City history, preservation and restoration, and community organization [2].

The Greenwich Village Society for Historic Preservation was established in 1980. In 1969, much of the Village was designated a Historic District, but many buildings were left unprotected from demolition. The GVSHP works to protect additional areas of Greenwich Village, NoHo, and the East Village, and has achieved landmark designation for the Gansevoort Market Historic District, the Far West Village, and individual Federal-style homes near Washington Square and Lower Manhattan. Altogether, the GVSHP has achieved landmark status for over 1,100 buildings and 100 blocks. Like the Historic Districts Council, the organization also monitors development proposals and works with community organizations. The Society holds an Annual Village House Tour and reception every May and an Annual Village Awards ceremony in June, as well as public lectures, preservation tours and walking tours, exhibitions, and school programs throughout the year. Other programs of the GVSHP include the Greenwich Village Preservation Archive, Oral History Project, and Historic Plaques Program; small business promotion and business of the month program; and a Continuing Education program for real estate professionals [1].