The Webster Apartments is a block of flats that was built for the specific purpose of providing affordable housing for New York’s single, working women in the 1920s. The apartments were established by two brothers, Charles and Josiah Webster, in close association with the growing department store chain, Macy’s. The red brick building opened its doors on November 15th, 1923, providing meals, a range of facilities, full calendar of events, and opportunities for women to network and pursue further careers in the city in a safe manner. Men were not allowed above the ground floor and the managers of the building only rented to women. When Charles B. Webster died in 1916, he left the bulk of his estate to a foundation that continues to operate the building for the benefit of single women. The rent-controlled and partially-subsidized apartments are available to single women of all backgrounds in order to offer temporary housing for women who are working in the city. The cost of rent is determined by income and the apartments offer special program for women who are completing internships.

The Webster Apartments in 1934 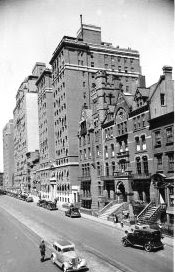 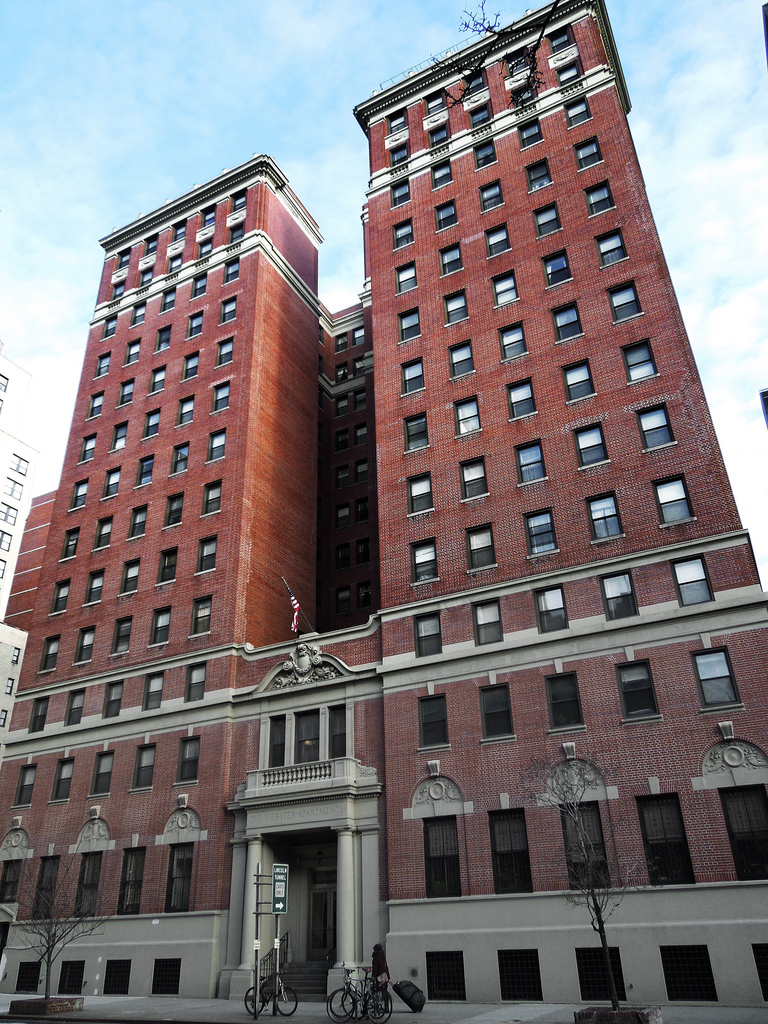 Detail of the entrance 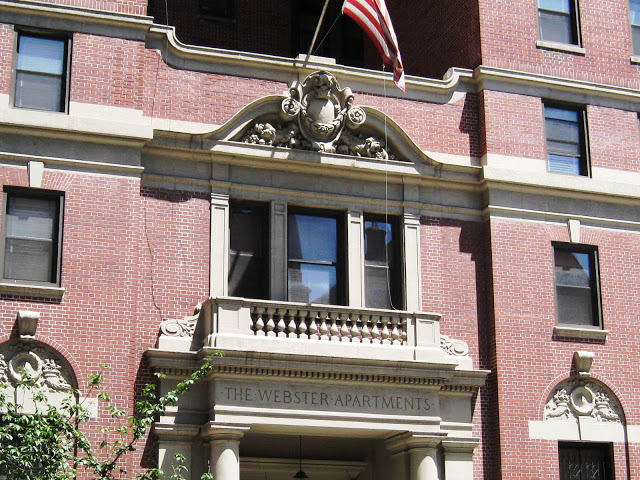 Rowland Hussey Macy established the first department store of the chain that would bear his name at the junction of 14th Street and 6th Avenue in 1858. The store grew quickly and Macy opened eleven more locations in the surrounding area over the next few decades. In 1902, the chain established its present-day flagship location on Herald Square.

Thanks to the expansion of department stores like Macy's, there were more employment opportunities for women than even before, and Macy’s, in particular, hired a great number of female clerks in its stores. Many of the women who moved to the city in search of jobs were unmarried, and at the time, these women found it difficult to find affordable and safe accommodation.

The Webster brothers came from a merchant family and moved to New York City in 1876. As cousins of Rowland Macy, they soon found employment in his company, and Charles Webster became a senior partner in 1876. Using the money made from this lucrative position, when Charles died in 1916, he bequeathed most of the fortune to purchase a plot of land on West 34th Street which would be developed into a residence solely for the use of unmarried working women. Charles’ brother, Josiah, was president of the Webster until his death in 1942.

When the building first opened in 1923 between thirty and forty women resided in it, though by 1935, this had grown to more than eighty residents. They paid between $8.50 and $12.00 per week for a private single room and two meals a day. There were a wide range of services offered in the building: sewing machines, a garden on the roof with a view of the Empire State Building, a library, and an infirmary. The Webster’s mission continues to this day, offering similar services according to the same moral principles. Men were not permitted to go to any of the floors above ground level, though there are common areas on the main floor called “beau parlors” where the building’s occupants could entertain male guests under the watchful eye of building security.