First begun outside of Portland as Albany Collegiate Institute in 1867, Lewis and Clark College gained its current name and beautiful campus in 1942 after the donation of the Fir Acres by the Frank family. The center of the campus features the old family Manor House and gardens, designed in the 1920s to have a gorgeous view of Mount Hood. Lewis and Clark's 160 acres is home to three schools, the College of Arts and Sciences, the Law School, and the Graduate School of Education and Counseling. The liberal arts are the core of Lewis and Clark's curriculum; outside of the classroom, it is well known for its student activism and environmental responsibility.

The Manor House and gardens at Lewis and Clark College. Originally, this was the family home of Lloyd Frank and was gifted to the college in 1942.

The Manor House at Lewis and Clark College. Part of the Fir Acres estate given to the college in 1942. 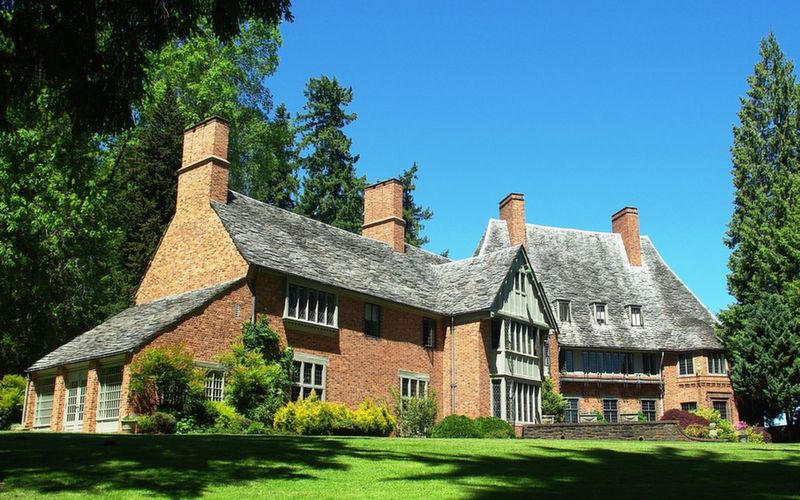 The partial garden view from the Manor House at Lewis and Clark College, overlooking Mount Hood. 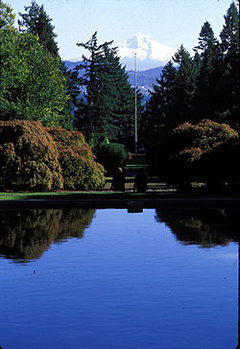 The Sacagawea and Jean Baptiste bronze that stands on the Lewis and Clark College campus. It was created by Glenna Goodacre, who also designed the gold Sacagawea coin. It was dedicated in 2004. 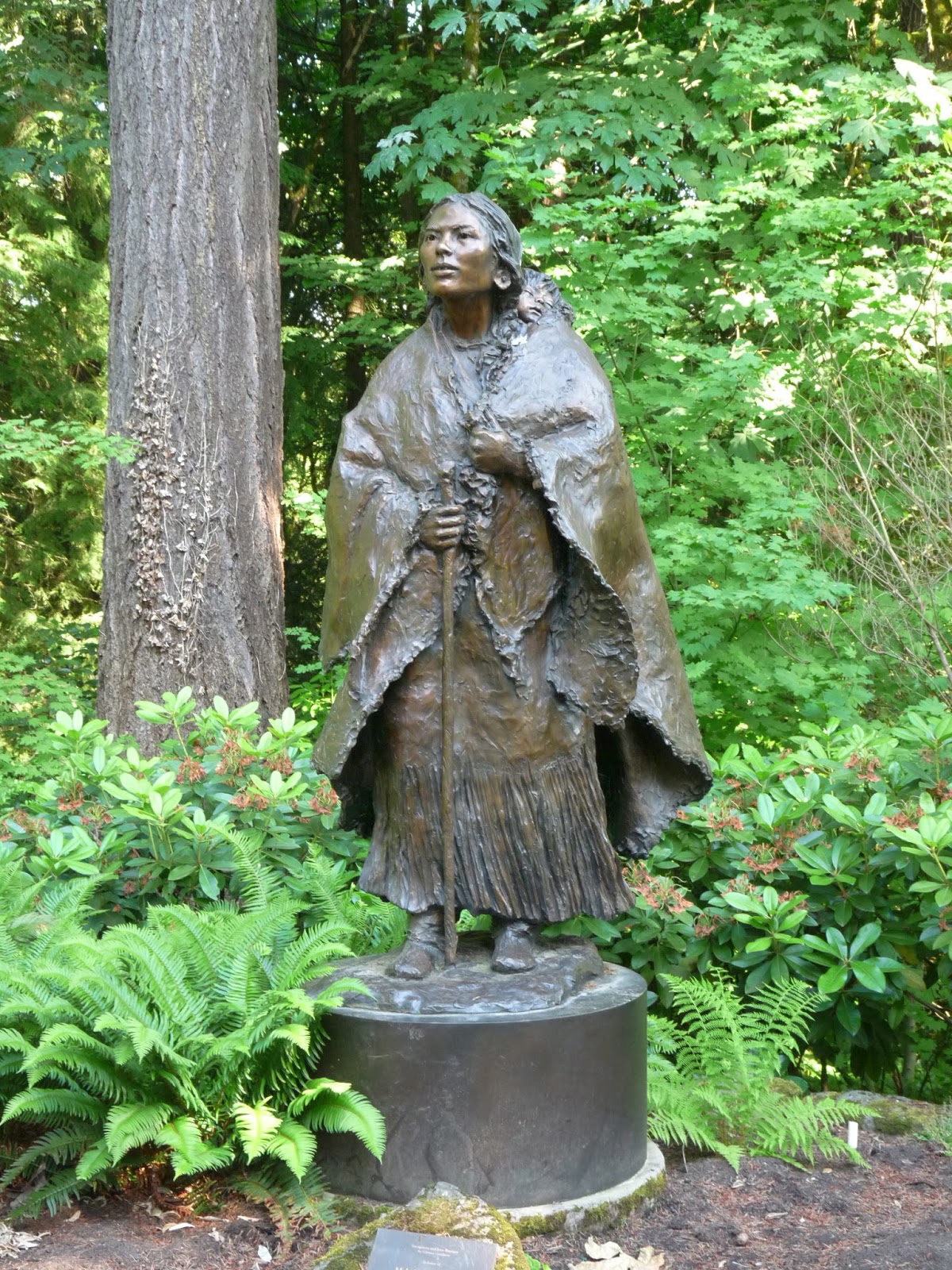 Lewis and Clark College began in 1867 as Albany Collegiate Institute in Albany, Oregon about an hour south of Portland. In 1905 the name was changed to Albany College and in 1934 a campus was opened in Portland; this campus is what was renamed Lewis and Clark College in 1942. The name Lewis and Clark College derived from the trustee's desire to showcase pioneering spirit and the connection of the area to the great western exploration. It was this year that the Lloyd Frank family donated their 160 acre estate, Fir Acres, to the college. The Manor House, on the registry of Historic Places, was created in the 1920s and overlooks an English style garden with a spectacular view of Mount Hood. Over time, three schools developed within Lewis and Clark: the College of Arts and Sciences, the Law School, and the Graduate School of Education and Counseling.1

Besides the beautiful gardens on campus, Lewis and Clark has multiple art exhibits and museums spread throughout. One notable sculpture is the bronze statue of Sacagawea and Jean Baptiste, placed on the edge of the forest in the center of campus. It was created by Glenna Goodacre and dedicated in 2004.2

Another interesting feature of the campus are the cobblestone pathways that wind around the grounds. They are made with Belgian block stones that were created in the 1880s to pave main streets in downtown Portland. When the city decided to renovate, they saved the stone to use for other historical renovations and constructions, such as the paths at Lewis and Clark. The carriage circle adjacent to the gardens was never used for horses, despite Albany Hall being a horse stable before its use as an academic building. The Frank family was Jewish and allowed the circle to be used for a Jewish meeting and market place since many Jews were excluded from the community during the 30s-40s.4 This story is one of many that highlights the history of social justice that has always existed on the Portland campus.