The Wallowa County Museum was founded in 1976 and is housed in the historic First Bank building, which was built in 1888. The bank was designed in the High Victorian Italianate style and is the only building in northeast Oregon designed as such, making it very unique. The museum is dedicated to preserving the history of county, from the time of the Nez Perce people to today. The building was placed on the National Register of Historic Places in 1978. 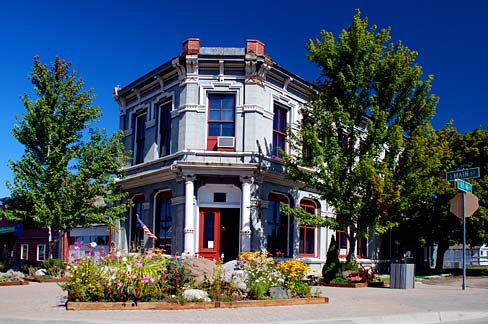 The bank operated until 1917 when the building became a physician's office. Ten years later it was converted to a community center and later it became city hall and a library until 1973.

10:00 AM - 4:00 PM daily Memorial Day weekend through the third weekend of September