Built in 1793, the Star-Spangled Banner Flag House was the home and place of business of Mary Pickersgill, maker of the "Star Spangled Banner" garrison flag that inspired Francis Scott Key’s famous poem that later became our national anthem. Mary and her daughter Caroline moved into the house in 1806, along with Mary’s mother, Rebecca Young, who began the flag-making business in Philadelphia during the Revolutionary War. In 1927, the house was sold to the city of Baltimore and the Star-Spangled Banner Flag House Association established a museum inside the historic home. Today, visitors encounter the interior of the Flag House. The house is filled with original early 19th century things, many of them possessions of the Young-Pickersgill family. Throughout the tour, visitors explore aspects of business and daily life in the Flag House by interacting with a variety sites and sounds from 1812. Due to the historical significance of the property, which gave birth to the garrison flag and, consequently, U.S. national anthem, the Flag House is a National Historic Landmark and is listed on the National Register of Historic Places. 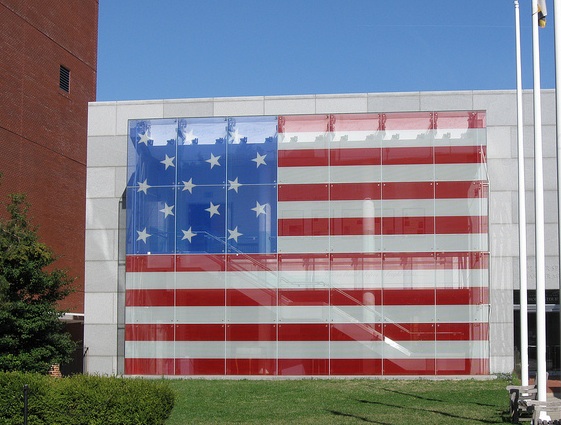 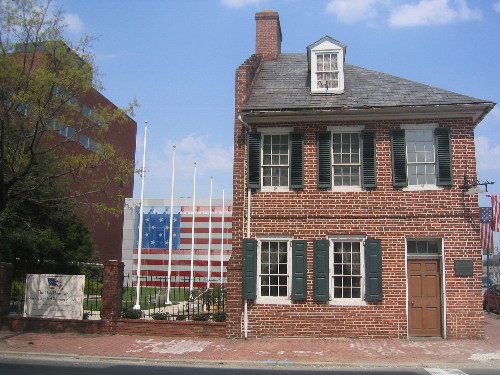 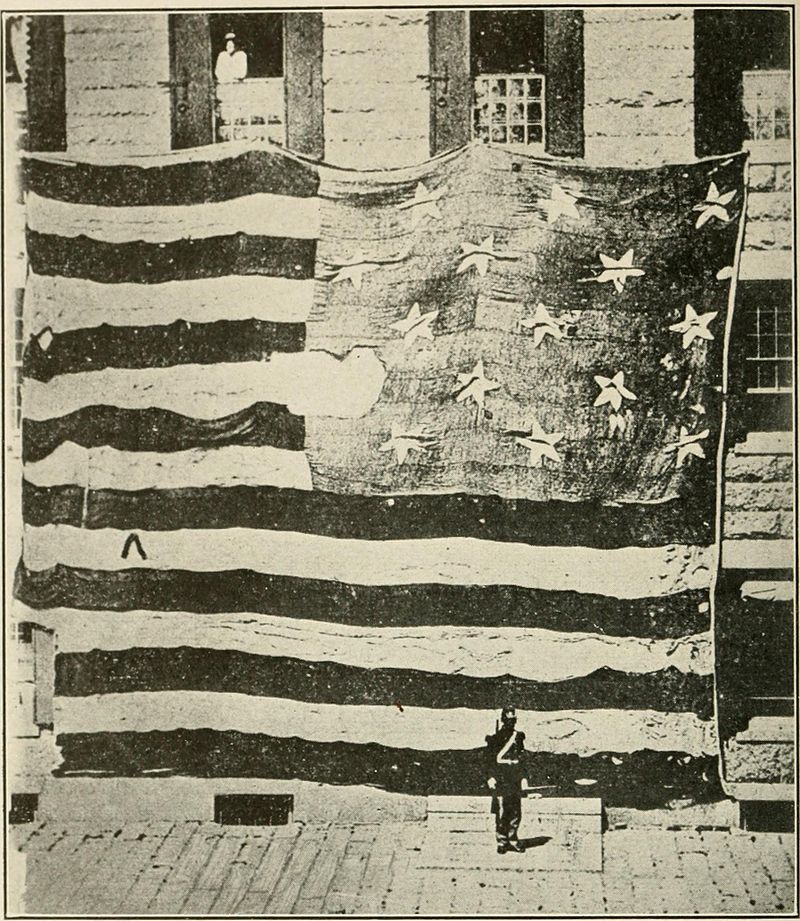 Origin of the U.S. National Anthem

The flag house was built around 1793 and it served as the home of Mary Pickersgill when she moved to Baltimore around 1806. While in Baltimore, Pickersgill developed a favored reputation as a skilled flagmaker. Two years into the War of 1812, while the city made preparations for an attack by British forces, Major George Armistead expressed a desire to fly an oversized flag over Fort McHenry. Pickersgill's flag featurd 15 stars and stripes, and it measured 30 by 42 feet.

Meanwhile, Dr. William Beanes, a prominent physician was taken prisoner by the British, and Francis Scott Key, a well-known lawyer, met with the Royal Navy off the coast of Baltimore to ask for Dr. Beanes's release.
On board the British flagship, HMS Tonnant, the officers agreed to release Dr. Beanes. However, the Americans were not permitted to return to Baltimore until after the bombardment of Fort McHenry. From a distance of approximately eight miles, Key and his friends watched the British bombard Fort McHenry.
After 25 hours of continuous bombing, Key looked toward the fort and saw that the flag was still flying. He then wrote down the words to a poem, which was soon handed out as a handbill under the title "Defence of Fort McHenry." Later, the words were set to music, and renamed "The Star Spangled Banner." It became a popular patriotic song. It was not until March 3, 1931, however, that it became the U.S. national anthem.

The Flag House & Star-Spangled Banner Museum pays tribute to this historically crucial event. Exhibits at the museum display artifacts that belonged to the Pickersgill family, as well as items related to the War of 1812, the attack on Fort McHenry, and, of course, interactive exhibits featuring the Star-Spangled Banner flag.