American Airlines Theatre, considered the "flagship" of the Roundabout Theatre Company, opened in 2000, after an extensive renovation and restoration of the original features of the Selwyn Theatre. The Renaissance-style Selwyn was built in 1918 and designed by George Keister. The Roundabout Theatre Company is a non-profit, subscription-based company. Popular performance debuts at the theatre include The Man Who Came to Dinner (2000) and The Women (2001). 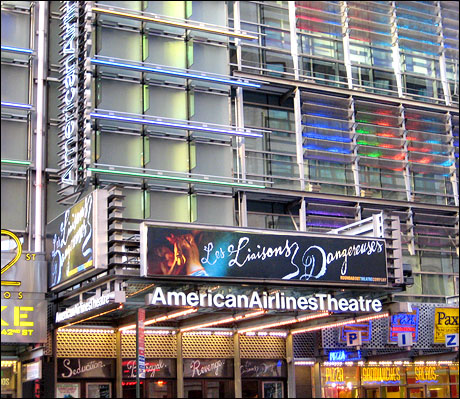 The original Selwyn Theatre and the American Airlines Theatre, then and now (image from Urban Omnibus) 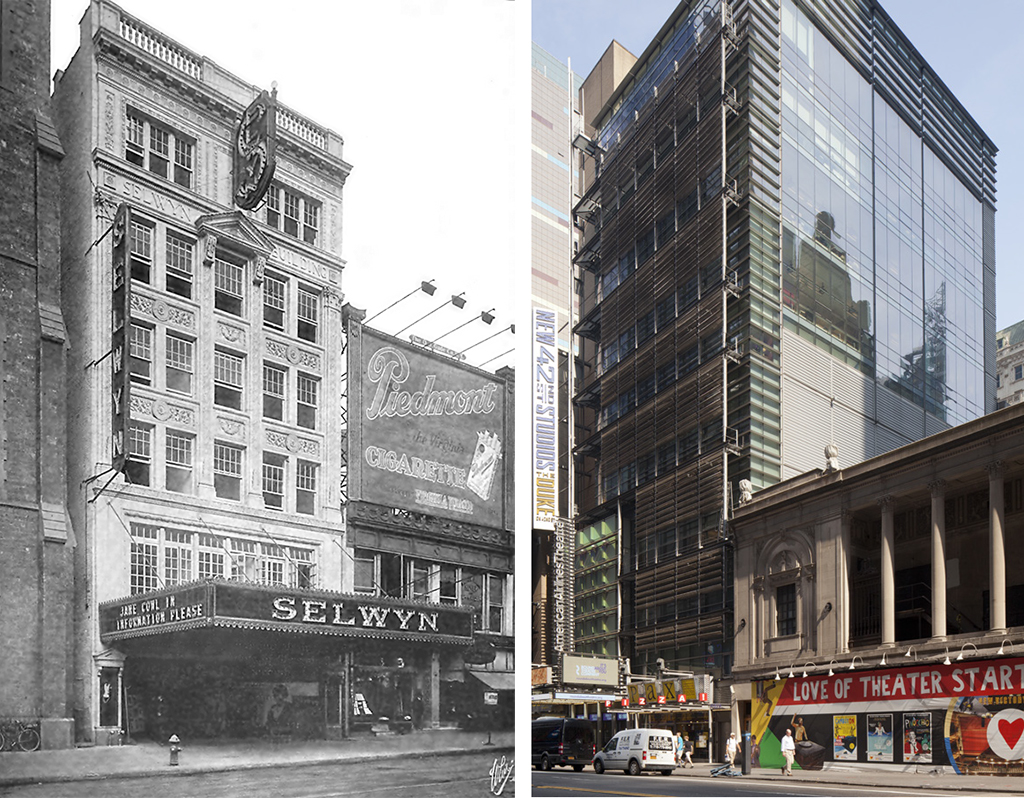 The American Airlines Theatre began its life as the Selwyn Theatre in 1918. Theatrical producers Edgar and Archie Selwyn hired architect George Keister, who designed the Selwyn in Italian Renaissance style. Keister's design included showers and telephones in each dressing room, and--new in theater designs--separate smoking rooms for men and women. By 1934, the venue had become a movie theater. During the 1950s, the Selwyn preceded every movie screening with a one-hour play, producing thirty live shows per week, but double features took over until the 1990s. The New 42nd Street, Inc., an organization dedicated to restoring 42nd Street through renovating its theaters, bought the property, and in 1997 leased the venue, long-term, to the Roundabout Theatre Company.

The Roundabout Theatre Company a non-profit, subscription-based company which, in addition to producing plays and musicals, has established educational initiatives and an institutional archive. Beginning with classic revivals, the company expanded its repertoire to incorporate classic musicals in 1993. In 1995, Roundabout started the New Play Initiative, which focuses on producing works of emerging and current playwrights. The company relocated five times before acquiring the vacant Selwyn, which was in need of restoration. After a $24 million capital campaign, financed by the City of New York and American Airlines, among others, the Selwyn's original ceiling dome, murals, and neo-Renaissance style were restored, with Robert Ascione and Frank Eliam as the architects. In 2000, the venue reopened as the American Airlines Theatre, the Roundabout Theatre Company's "flagship".