The Federal Reserve Bank of Chicago, also known as the Chicago Fed, began operations on November 16, 1914. At the time, James B. McDougal served as the president of the Chicago Fed and oversaw the bank's 41 employees. However, the bank soon outgrew its space in the Rector Building at Clark and Monroe. The Chicago Fed's Board of Directors commissioned the architectural firm of Graham, Anderson, Probst and White to construct the current building at South LaSalle Street. Completed in 1922, the Chicago Fed has remained at this building since. The Board of Governors in Washington, DC and the Federal Reserve Bank of Chicago serve together as the nation’s central bank. 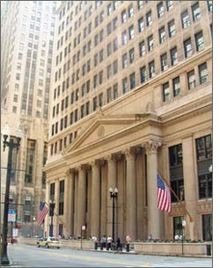 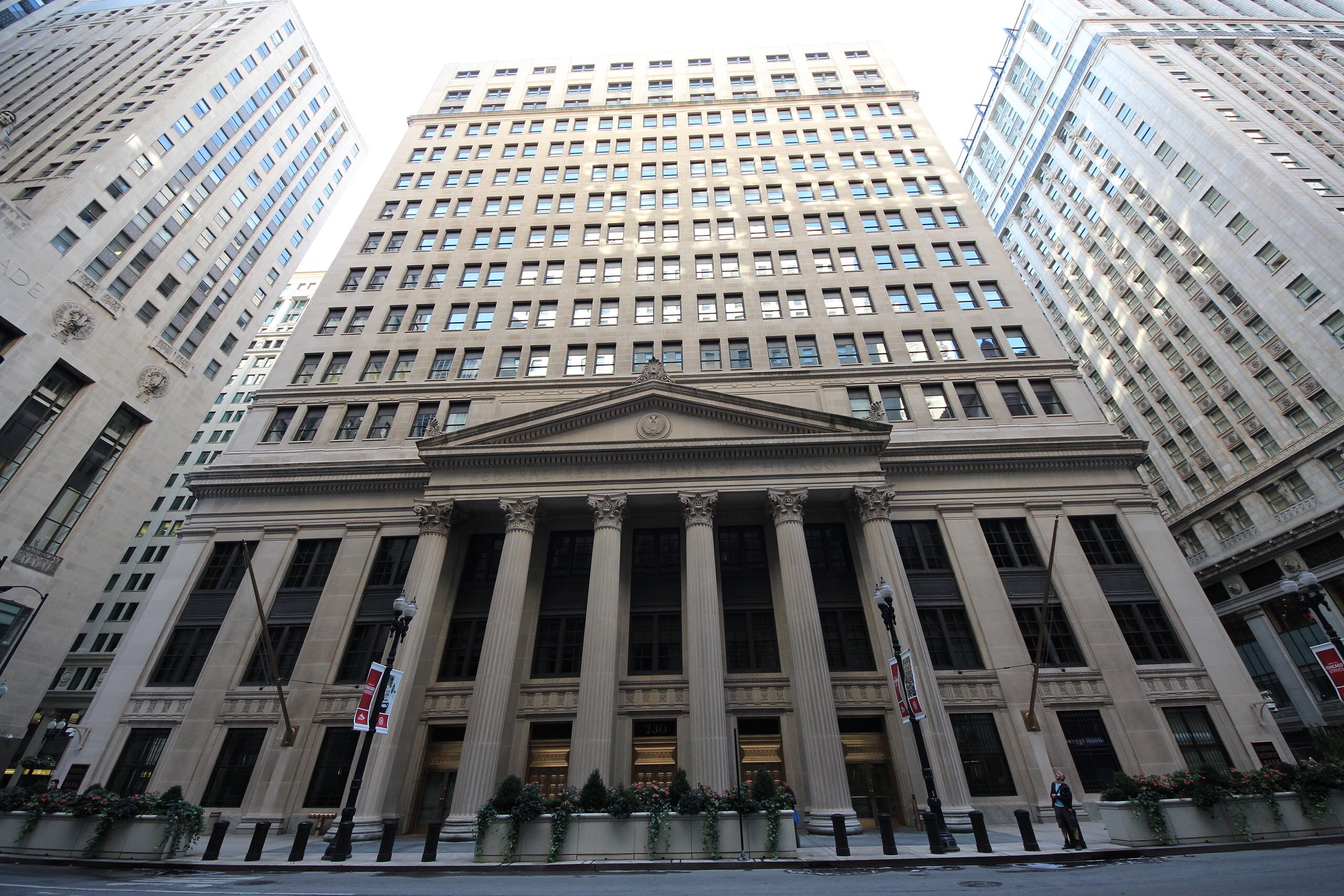 Money Museum inside the Chicago Fed 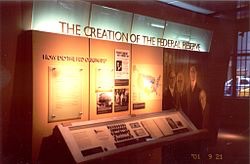 The Power and Independence of the Federal Reserve, book 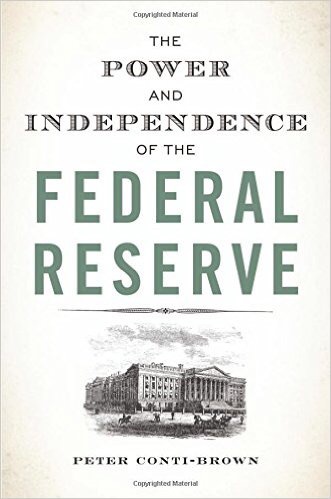 The Chicago Fed’s responsibilities include policy making in regards to the national monetary system, the supervision and regulation of state banks that are members of the Federal Reserve System, and providing various financial services, including check clearing and processing electronic payments. The bank also includes a Money Museum that is open to the public.

Created on December 23, 1913, the Federal Reserve Act was signed into law by Woodrow Wilson. It was created to provide the United States with a more stable financial system. Today, the Federal Reserve’s various responsibilities can be divided into four general areas: monitoring credit in an effort to stabilize prices and work towards higher employment rates, protecting consumers by monitoring the safety of banks and other financial institutions, containing risk in financial markets, and being a major part of operating and supervising the nation’s payment systems.

The Federal Reserve Act established the Federal Reserve Districts. In the Act’s exact words: “As soon as practicable, the Secretary of the Treasury, the Secretary of Agriculture and the Comptroller of the Currency, acting as “The Reserve Bank Organization Committee,” shall designate not less than eight nor more than twelve cities to be known as Federal reserve cities, and shall divide the continental United States, excluding Alaska, into districts, each district to contain only one of such Federal reserve cities. The determination of said organization committee shall not be subject to review except by the Board of Governors of the Federal Reserve System when organized: Provided, That the districts shall be apportioned with due regard to the convenience and customary course of business and shall not necessarily be coterminous with any State or States.”