Listed on the National Register of Historic Places, this building served as Astoria's City Hall from 1905 (the year it was built) to 1939. It was designed by the Emil Schacht in the Colonial Revival style. It replaced an earlier city hall built in 1878 that was too far west of what was becoming the city's downtown area. Interestingly, the new building was constructed over the first American cemetery established west of the Mississippi River in 1811. The building is now the home of the Clatsop County Historical Society's Archive and museum, generally referred to as the Heritage Museum. It features permanent and changing exhibits that cover local cultural and natural history. Topics include Native American history, the logging and fishing industries, ethnic immigration and prohibition. Interesting items include a 1,000 year-old hunting implement and 18th century Chinook and Clatsop baskets. 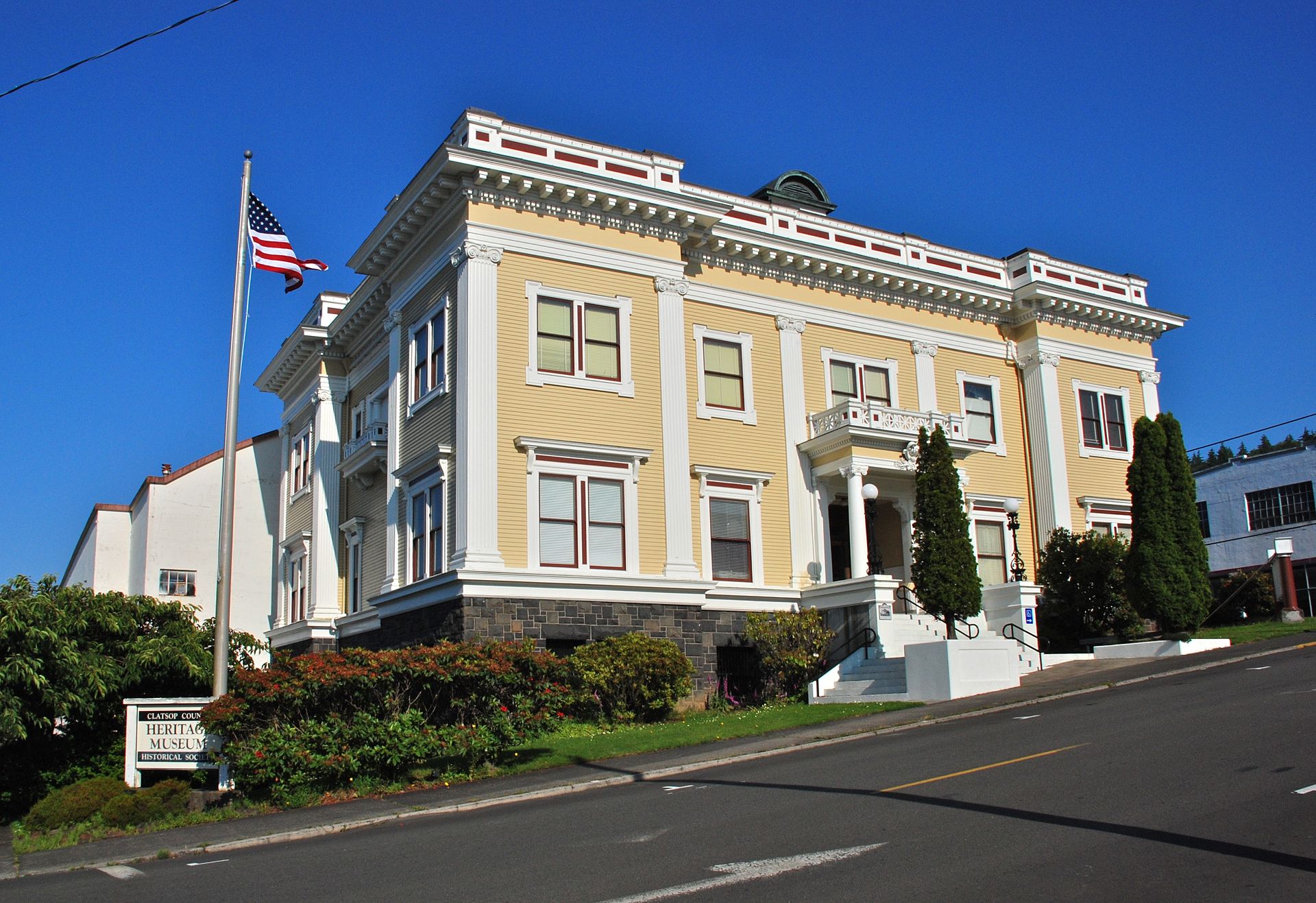 View of the Native American exhibit 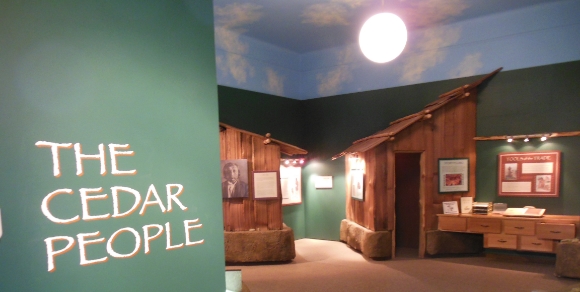 Archive and Research Library hours are Tuesday Friday from 10 AM to Noon and 1 PM to 3 PM. Other hours available by appointment.