Chinatown's Nine Dragon Wall was completed and dedicated by the Chinatown Chamber of Commerce on September 9, 2003. This monument is meant to resemble the Nine Dragon Wall in Beijing's Beihai Park. In China, there are three ancient Nine Dragon Walls still in existence; one in Datong, one in Shanxi Province, and one in Beijing. 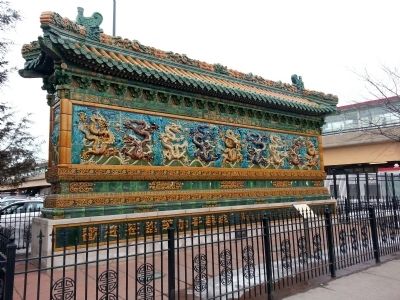 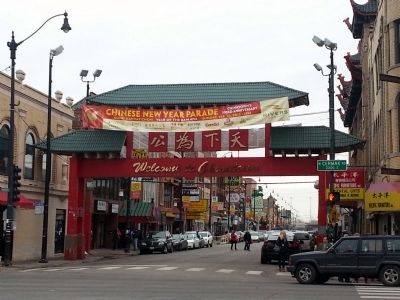 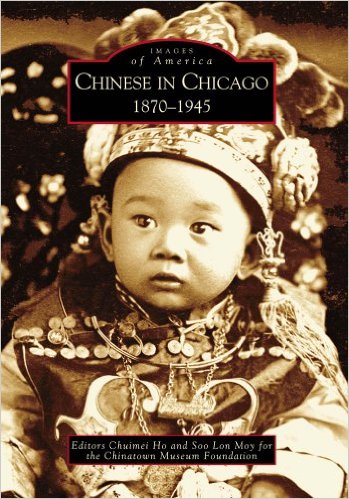 Nine Dragon Walls are an important part of traditional Chinese architecture. In ancient Chinese culture, nine was considered an important number, often associated with the Emperor. The dragon was viewed as the soul of creation and a symbol of China's national spirit. Emperors in ancient China were considered to be the reincarnations of dragons. The Chinese word for the number nine is pronounced the same as the word for "long-" or "ever-" lasting, which explains some of its significance.

The number nine factor into much of ancient Chinese history, including the nine-rank system, the nine bestowments, and the nine familial exterminations. The nine rank system was a method of nominating civil servants during the Three Kingdoms era. The nine bestowments were awards given by the Emperor to various officials. The nine familial exterminations refers to a method of punishment in which those convicted of certain crimes were killed along with their entire family.

Chicago's Chinatown, located on the city's South Side (Armour Square community area), is a thriving community that began during the late nineteenth century. Chinese people began coming to Chicago after the completion of the First Transcontinental Railroad in 1869. Most of them traveled to Chicago from the west coast in an effort to escape anti-Chinese violence and tension. The first building featuring Chinese stylistic elements in the area was built in 1912.