The Bushwick Schoolhouse, also known as the Old Red Schoolhouse, is the home of a group of independent artists that share the space as a solution for the high cost of living in New York. The building has been the home of numerous well-known photographers, filmmakers, critics, composers, dancers, designers, and artists during its twenty-year occupation, though it has a history as an educational institute for the first Dutch Colony that goes as far back as the 17th century.

The school building in 1931 (bushwick-studio.wikispaces.com) 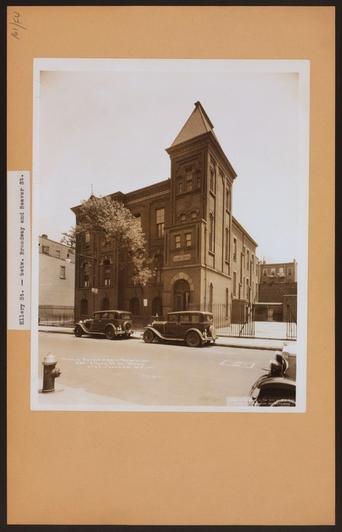 The school building's location in 1904 (brownstoner.com) 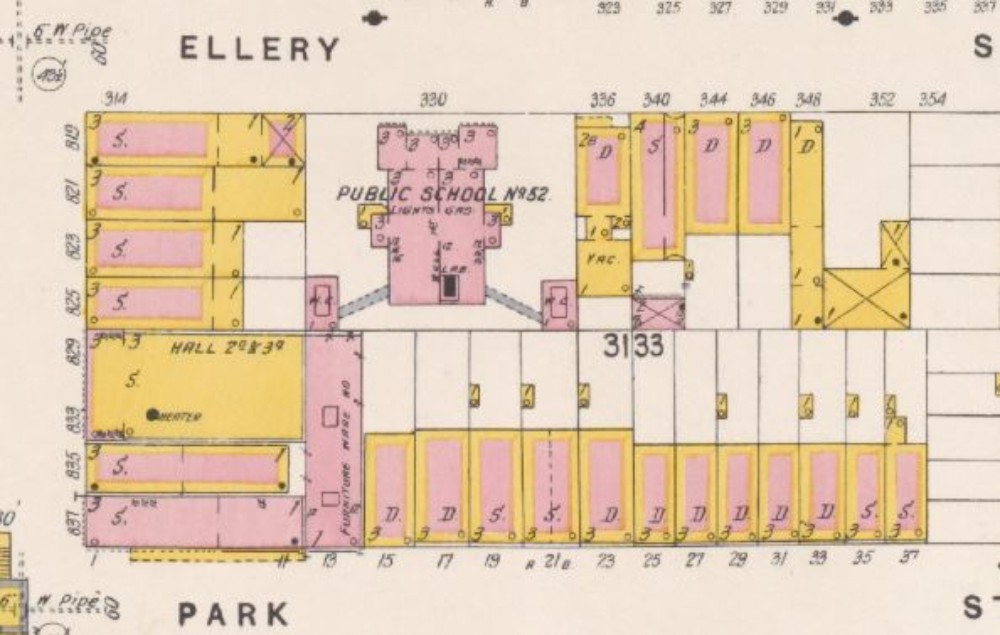 The Schoolhouse as it appears today (bushwick-studio.wikispaces.com) 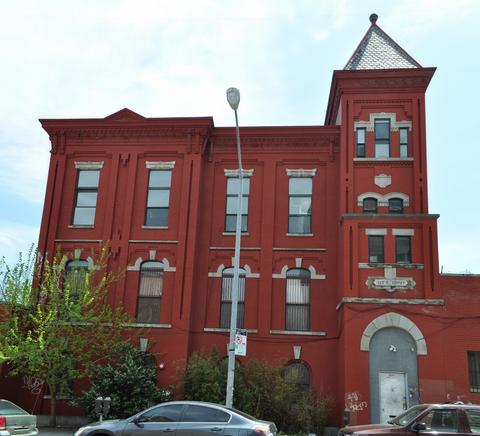 The first schools in Bushwick were established in the late 1600s by the first settlers of New Netherland. Following the American Revolution, funding and land were provided for towns across the state. With this money, a new schoolhouse was erected in 1815 at the corner of Noll and Stanwix Streets - Public School 24. Over the next century, Brooklyn experienced a rise in industrialisation and urban growth, as well as school expansion, and in 1883, Public School 24 moved its primary school building to its present-day location on Ellery Street. However, the growth of educational institutions in the late 19th and early 20th centuries decreased in the 1940s, and in 1945, the building was sold to a subsidiary of the Kalmon Dolgin real estate and manufacturing company.

In 1996, the decrepit building was listed for rent and was noticed by a local artist, Erin McGonigle. Together with five friends, she rented the enormous space and began refurbishing the interior. Five months later, they moved in and renamed the building ORT, the German word for home and an acronym for “organizing resources together.” In 2002, they finished restoring the second story, allowing five additional residents to move in. Since then, the third story has been refurbished, and presently, it can accommodate up to twenty artists at a time.

The three-story building was designed by James Naughton, the superintendent of buildings for the Board of Education of the City of Brooklyn, in 1883. The red masonry building was constructed in a classical 19th-century Italianate style, though the structure houses an eclectic interior décor of homemade furniture and art in progress. The three occupied stories contain bedrooms and workspaces for the artists, a dance studio, a communal kitchen and living room, and a roof garden. Although it is not a commune – the artists all work and earn their living independently – they share the cost of utilities and rent. They have made integration with the local community one of their top priorities and throw regular block parties. They also host a number of events and workshops in the warren of rooms and corridors, as well as concerts by musicians such as Neutral Milk Hotel.