The Audie Murphy monument is located along the Appalachian Trail near the place where Audie Murphy, the most decorated soldier in World War II and a leading actor in the post-war years, perished in a plane crash in 1971. The stone monument was placed in its current location by the Veterans of Foreign Wars near the crash site up on Brush Mountain. 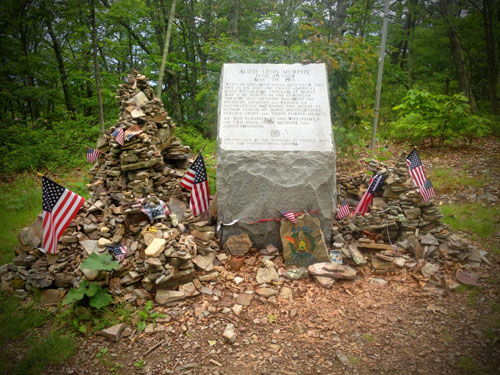 Audie Murphy served with distinction in France and Belgium during World War II. He was known to have a calm demeanor in the face of even the most trying circumstances and was awarded the Medal of Honor for his valor at Holtzwihr, where he commanded a small company and repelled attacks by 6 tanks and several companies of infantry. Murphy's fame helped him launch an acting career after World War II.