This building held the law offices of Samuel Field Phillips starting in 1843-just two years after receiving his bachelor's degree from the University of North Carolina. Like a number of progressive white residents, Phillips opposed secession and supported the Republican Party during Reconstruction. In 1872, Phillips became Solicitor General of the United States and worked to uphold the constitutionality of the Enforcement Act--a law passed by his fellow Republicans in Congress to confront the growing threat of terrorist organizations such as the Ku Klux Klan. He also supported black petitioners who sought to secure convictions under the Civil Rights Act of 1875 and helped represent Homer Plessy in the landmark Plessy v. Ferguson case. Although Phillips and Plessy lost this case, his legal arguments helped attorneys in the next century.

This historic building was built in 1843 and has served as the region's first law office, as well as the first law classrooms for the University.

Phillips served as solicitor general of the United States and is best known for his support of Homer Plessy and other African Americans who sought legal redress against segregation in the 19th century. 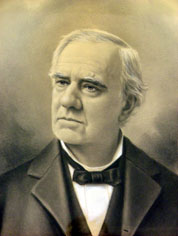 Learn more about Phillips and North Carolina during Reconstruction with this book by historian Deborah Beckel and available from UVA Press. 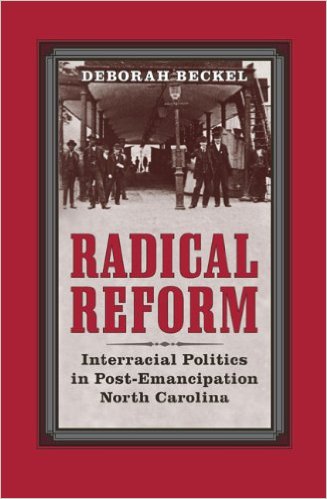 Philips had lived in the South most of his life, but his willingness to explore the possibility of voting rights for African Americans led to many Southerners calling him a "carpetbagger"-a derogatory nickname for a Northerner who came to the South after the war to seek personal gain. Despite the dangers involved, Phillips became one of the leading voices in favor of prosecuting Klan leaders when they committed acts of violence against black citizens.

In the 1890s, Phillips joined the more famous white Southern progressive attorney Albion Tourgee in representing Homer Plessy in the famous case that challenged segregation. Despite the legal arguments presented by Tourgee, Phillips, and other counselors, the Supreme Court declared that segregation was legal so long as "separate but equal" accommodations were provided to white and black patrons.

Phillips retired from law in 1900 and passed away three years later. He is buried in the Old Chapel Hill Cemetery-not far from his law practice or beloved alma matter.