The mission of the Mosaic Templars Cultural Center is to collect, preserve, interpret, and celebrate Arkansas' African American History. The Center recognizes the contributions of African Americans to the history of Arkansas, particularly in the period after 1870.

Mosaic Templars Cultural Center, rebuilt in 2006, part of the Department of Arkansas Heritage. 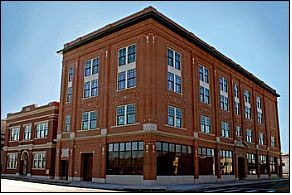 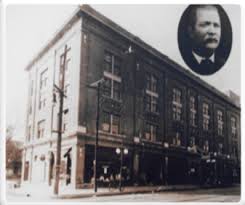 According to its web site, it provides genealogical research assistance. http://www.mosaictemplarscenter.com/Default.aspx?PageID=21955195&A=SearchResult&SearchID=7485292&Obj...

"The Bush – Remmel Genealogy Study Center provides access to Ancestry.com records to assist in your search to research family history.

The Bush-Remmel Genealogy Study Center also allows patrons and scholars to conduct scholarly research using the library, databases, and research files of the Mosaic Templars Cultural Center. The current resource collection is comprised mainly of secondary source materials, subject files, and primary research file used by staff. The Study Center is available by appointment only so staff will be available to assist scholars."

The Museum, named for the fraternal organization, Mosaic Templars of America, has six permanent exhibits, "A City Within A City," "Entrepreneurial Spirit," "A Building for the Community," "Brotherhood and the Bottom Line," "A Living History: Arkansas Black Hall of Fame," and "African Americans in Arkansas." Mosaic Templars Cultural Center also features temporary exhibits related to its mission and the Arkansas Black Hall of Fame. The museum includes a gift shop that contains books and other items that relate to African American history in Arkansas and the United States. Tours are available and the museum rents its historic ballroom, located on the third floor.

Founded in 1882 by two former slaves, John E. Bush and Chester W. Keats, The Mosaic Templars of America was a fraternal organization established to supply burial and life insurance African Americans in Little Rock, Arkansas. The Mosaic Templars Cultural Center eventually included thousands of members in 26 states and 6 foreign countries. The burial insurance policy included a headstone; these marble markers were placed on graves in many states. The organization grew and included a hospital, a newspaper and a building and loan. The three building complex was situated at the corner of West Ninth Street and Broadway. By the end of the 1930s after going into receivership the company closed.