This military history museum has been open to the public since 1854 and is currently located within Taylor Hall, a building constructed to house the museum in 1909. Prior to this time, the museum's collections were held withing several academic buildings within the campus of the United States Military Academy at West Point. The museum offers exhibits related to the history of the United States Army, as well as the history of global warfare from ancient times to the present. The museum contains the largest collection of military artifacts related to the history of the United States Army and the profession of arms. The museum's education mission includes the public, and the museum also serves the military by offering academic resources for instructors and cadets. 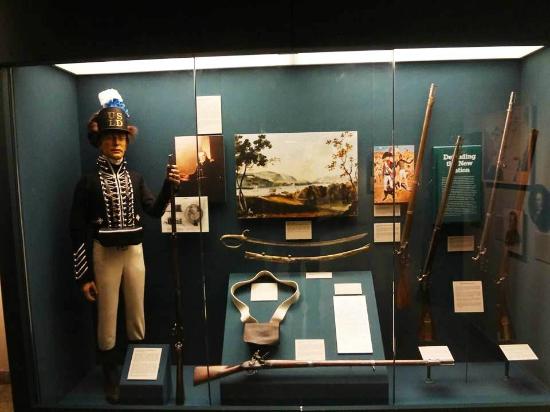 The West Point Museum is located in Taylor Hall, constructed in 1909. 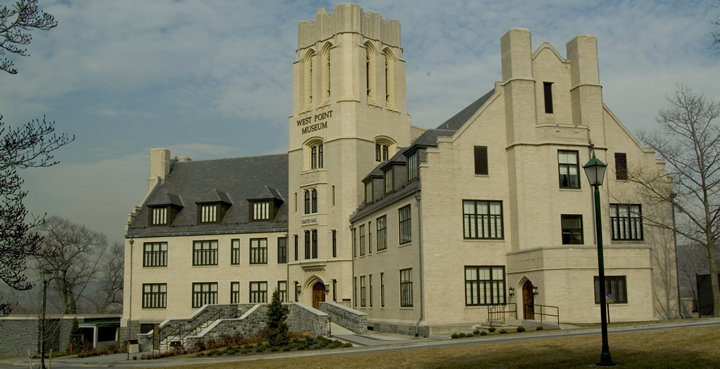 The United States Military Academy has trained officers for the army since its creation by Congress in 1779. This location at West Point was selected both for its strategic importance along the Hudson River, but also because of its proximity to New York. During the American Revolution, George Washington's continental army fortified the mountainous location. In addition to cannon, the defenders built a chain across the river with 150 tons of iron that could be used to stop British ships from traveling north along the river. Although the traitorous officer Benedict Arnold promised to surrender West Point to the British when he switched sides, the British were not able to take the fort.

The West Point museum is the oldest military museum in the United States. The 60,000 artifacts related tot he history of the US Army can be found in a variety of permanent and temporary exhibits that change throughout the year and make this museum a different exhibit with each visit.