Columbia Hills Historical State Park was created in 2003 with the merger of Horsethief Lake State Park and Dalles Mountain Ranch. What makes the park significant was its long occupation by Native Americans for 10,000 or so in the area was is now covered by Horsethief Lake. Ancient petroglyphs can still be seen on many of rocks (a self-guided trail takes visitors to an area where they are clearly visible). Lewis and Clark camped here on their expedition to the Pacific. Although construction of the Dalles Damn in 1957 permanently covered the village site under water, it was still placed on the National Register of Historic Places in 1972.

The trail from which visitors can view the petroglyphs 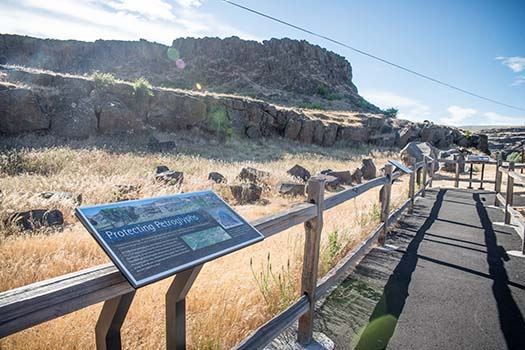