The Boyle House is a historic home located within the Governor's Mansion Historic District in downtown Little Rock. The Boyle House was built in 1921 for John F. Boyle, owner of the Boyle Realty Company, and his wife Snow Ledbetter Boyle. The home was designed by Thomas Harding, who worked for the noted Charles Thompson architectural firm. The house features a grand Beaux Arts style entrance, as well as Craftsman and English Revival-style detailing. It still serves as a private residence today.

Photograph of the Boyle House featured in the Arkansas Gazette, 1923, February 28 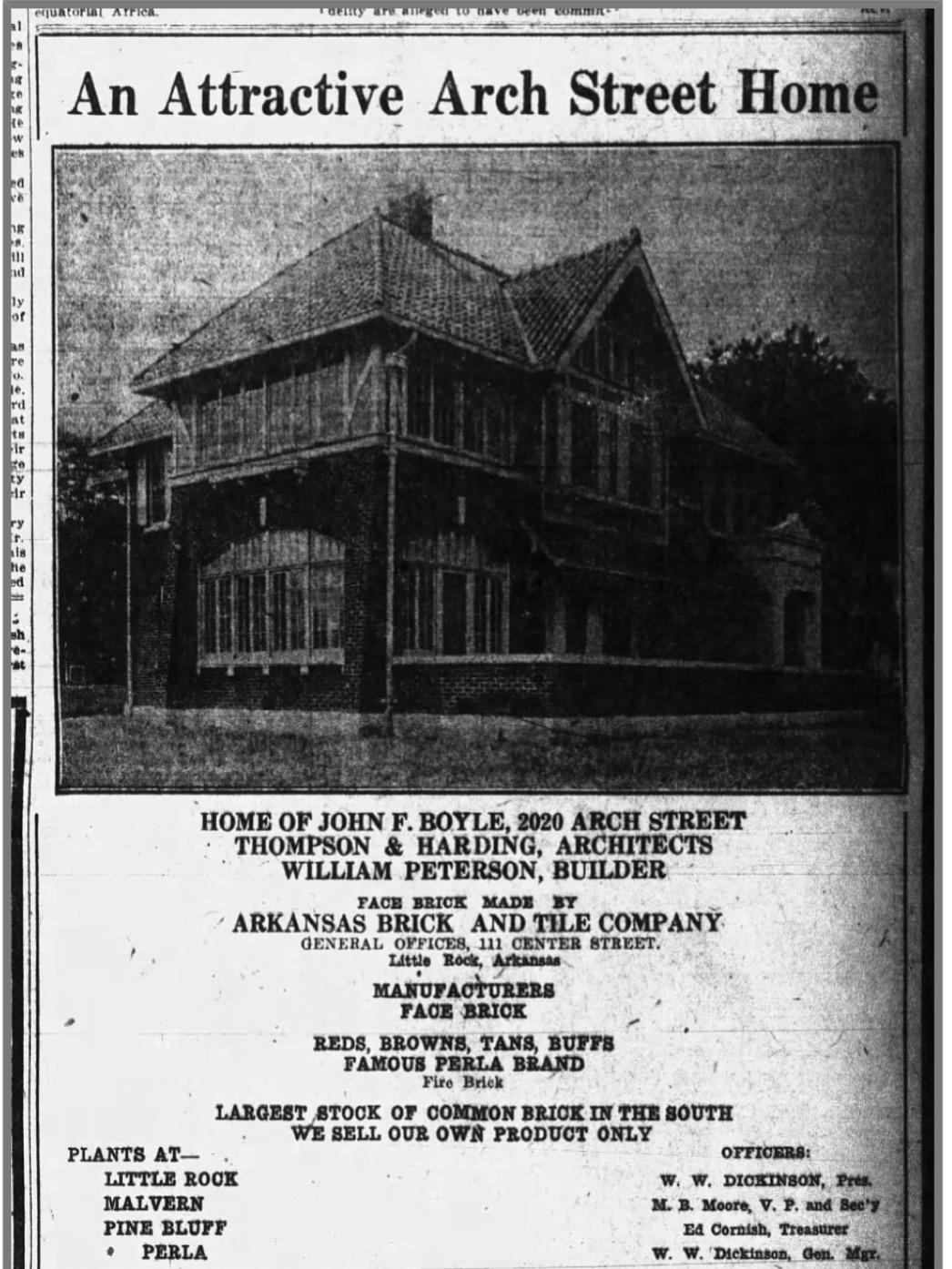 Photo of the Boyle House exterior, 2012 May 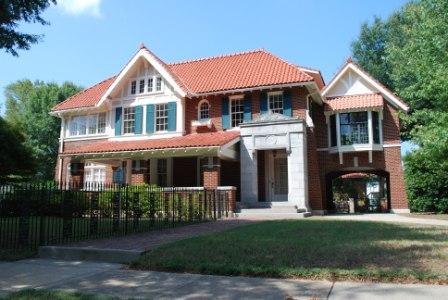 Construction began on the Boyle House in 1921. Sterling P. Scott commissioned the house to be designed by Thomas Harding and Charles Thompson. Charles Thompson is famous in Central Arkansas for his residential Little Rock architecture. Construction began on the home in 1922, but before its completion John F. Boyle and his wife Snow Ledbetter Boyle purchased the home from Scott and made some modifications to the design before its completion late in 1922. The home is well known for its famous “chapel room” located above the porte-coucher. This room was an addition to the plans that the Boyles introduced. The house is largely of Craftsman and English Revival design with Beaux Arts details found within the chapel room and on the entrance of the house.1
As a Harding design, the home is unique and serves as an anchor for the architectural history of Arch Street, along with the noted Cornish House, just a block down the road. The Boyle Family moved into the home in 1922, and after John F. Boyle’s death, Snow Ledbetter Boyle stayed in the home until her death in 1949.2 The home has many unique interior features that the Boyles installed to maintain their lifestyle. The second floor family room, known as the “chapel room,” served as a place for the Boyles to retreat while their staff cleaned the primary floor of the house. There is also a buzzer located in the floor of the main dining room that the Boyle Family presumably used to call staff in during dinner parties and formal meals.3
After Snow’s death in 1949, the home changed hands several times over the next few decades. The home fell into great disrepair and as the neighborhood saw demographic transformations, the home was divided up into boarding rooms with temporary plywood walls. In the 1970s, when the Governor’s Mansion area saw a renewed interest in Historic Preservation, the Boyle House was listed as a contributing structure in the new Governor’s Mansion Historic District.4 It maintains that distinction to this day. As the District grew in prominence, home buyers took an interest in rehabilitating historic properties along Arch and adjoining streets. The McGowans seized that opportunity, and purchased the Boyle House in Fall of 1989.3

The McGowans undertook the first rehabilitation effort that the Boyle House had seen since it’s construction in the 1920s. After their rehabilitation the house had the conveniences of the late 20th century and still maintained much of the original craftsmanship of the 1920s. The McGowans stayed in the house until 2010, when they sold the home to Cassie Toro. Toro completed another rehabilitation in 2012 in which she created a more open concept layout for the first floor. She still retained the historic details of the “chapel room” and exterior of the home. The Boyle House remains a private residence to date.