Originally known as Potter's Field, this land was purchased by Charity Hospital in 1848. It serves as the grave site for unclaimed victims of epidemics from various diseases, including yellow fever and influenza. The cemetery also contains the ashes of those who donated their bodies to the Louisiana State Anatomical Board for medical education. This cemetery, along with the nearby Katrina Memorial mausoleum are one of the few places in this section of New Orleans where the dead have been interned underground. 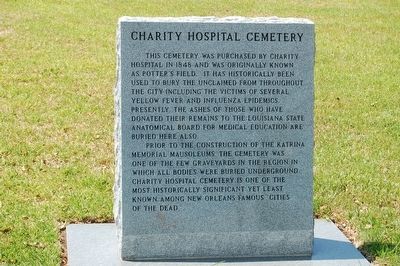 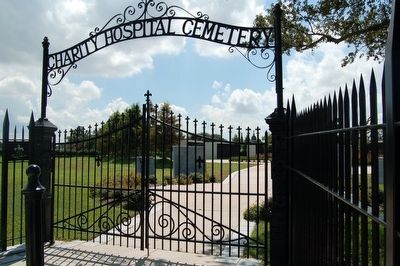 Another view of Charity Hospital Cemetery 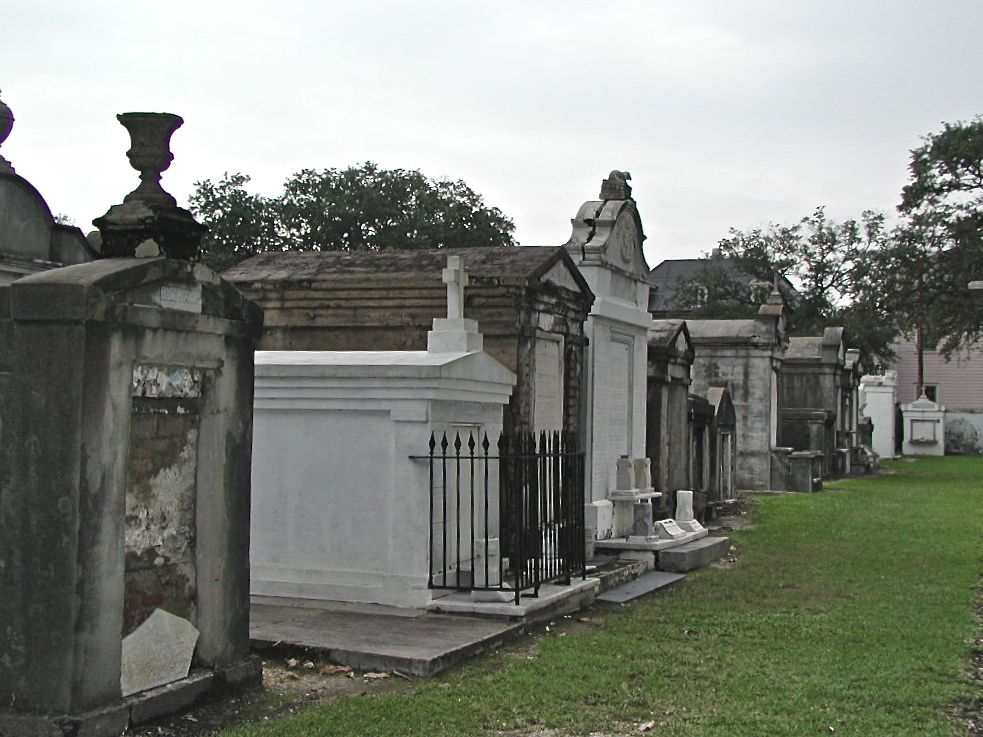 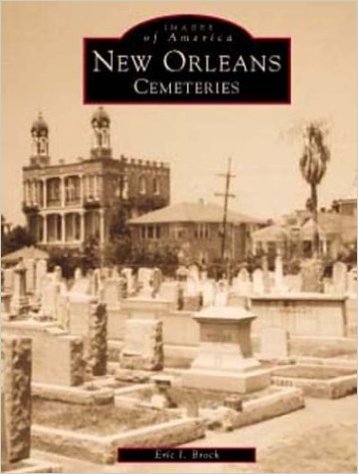 One of the largest outbreaks of yellow fever in New Orleans occurred in 1853. Records indicate 7,849 people died of this disease in the city that year. Although the death toll was especially high in 1853, deaths due to this disease were relatively common throughout the nineteenth and into the early twentieth centuries. Records show total number of deaths due to yellow fever to exceed 41,000 between 1817 and 1905. Most deadly cases were within the immigrant population. This is because groups that had lived in the area longer often developed immunity to the disease. At the time, it was believed that African-Americans were immune to the infection. However, it was in fact much less common for African-Americans to die of yellow fever because they had lived in the area for generations.

Cases began in early May of 1853, but they were at the time isolate and so far not unusual in number. Since the epidemic of 1847, some summer cases were expected. Things began taking a turn for the worse in late June. By June 26, there were nine deaths, by July 2 twenty-five. At this point, the press was not reporting the cases out of a desire to keep the populace calm. Publications began printing deaths on July 16, when papers reported 204 deaths that week alone.

Yellow fever is a viral infectious disease transmitted by mosquitoes. Early symptoms include fever, vomiting, backache, and headache. As the disease progresses, symptoms expand, slowing and weakening the pulse and causing bleeding gums and bloody urine. Jaundice can also be a more progressed symptom, hence the name "yellow" fever.