Now owned and operated by Hornblower Cruises, the Wild Goose began her career as a yard mine sweeper for the U.S. Navy in 1943. She is best known as the yacht once owned by famous Hollywood actor John Wayne, who purchased her in 1962 and sailed the Pacific on her until his death in 1979. She was added to the National Register of Historic Places in 2011. The Wild Goose is now available for dinner and brunch cruises as well as private events through Hornblower Cruises.

The Wild Goose at her berth. 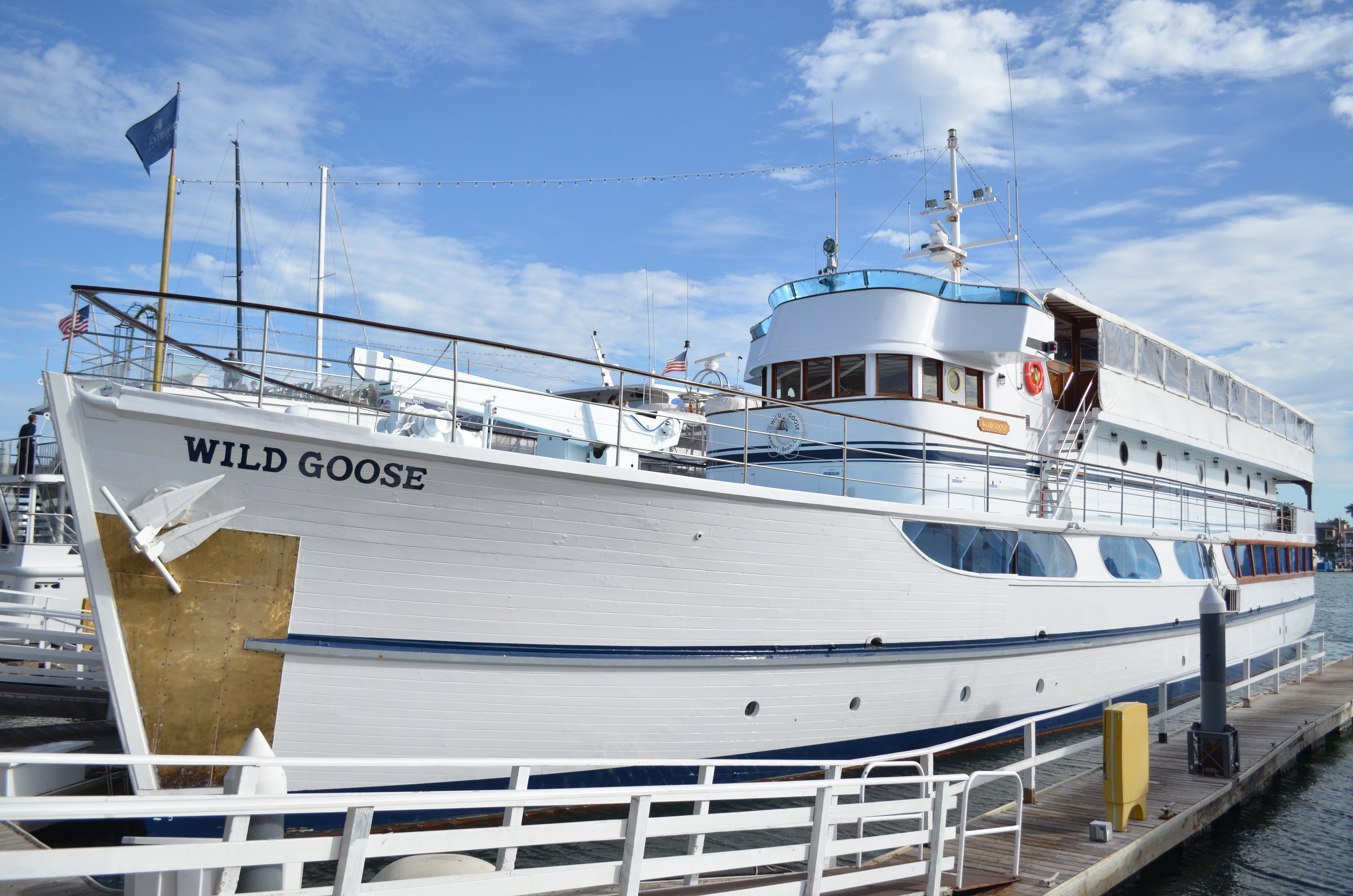 The bridge of the Wild Goose. 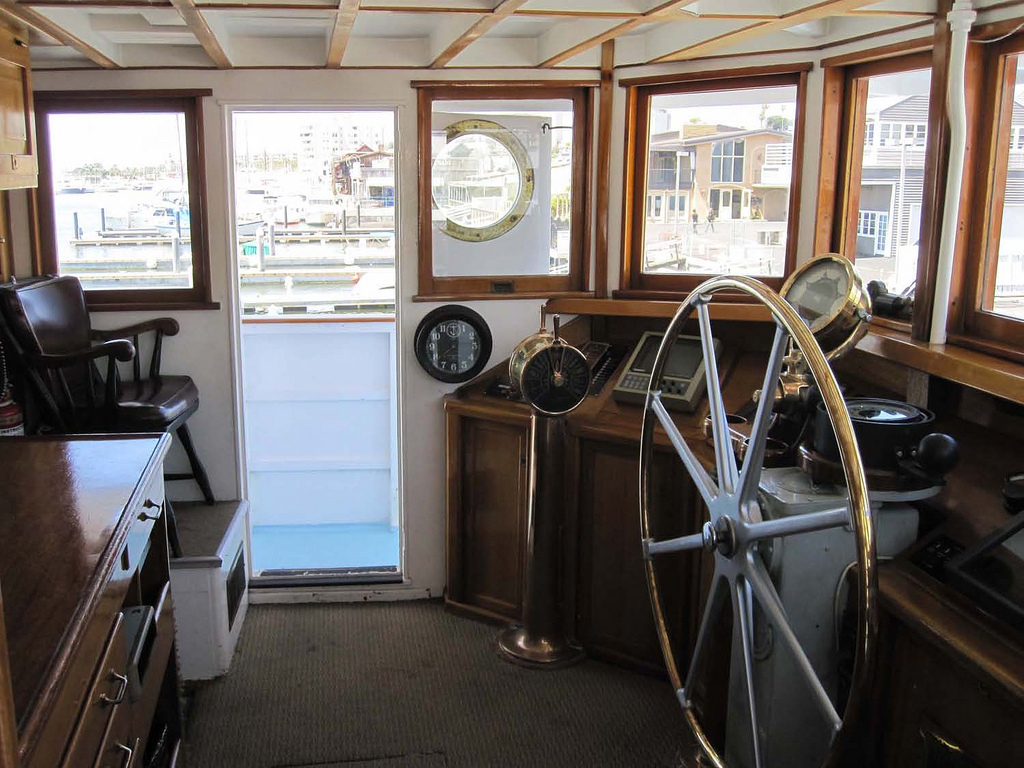 The Duke at the Helm. 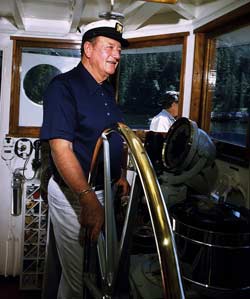 No yacht is complete without a bar. 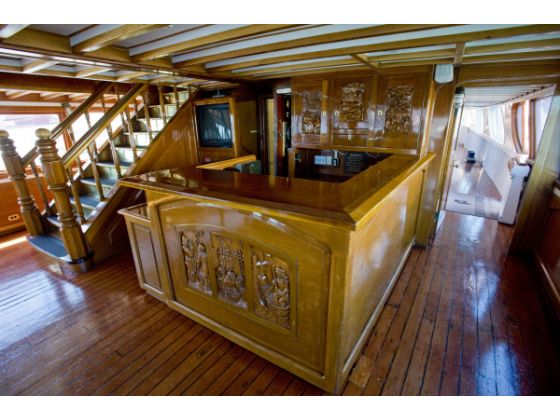 USS YMS – 328 was built using Douglas fir in 1943 in Ballard Washington.  She served in the Aleutian Islands and patrolled out of Adak, Alaska during World War II.  She was decommissioned in 1946 and then sold to Vancouver Tug and Barge owner Harold Jones in 1948 who rechristened her La Beverie.  Upon Jones’ death in 1956 she was purchased by millionaire Max Wyman who again changed her name to Wild Goose II.  Wyman sailed the globe on the Wild Goose II until she was eventually purchased by John Wayne in 1962.

Wayne simply dropped the “II” from her name and put her through a major renovation upon purchase.  He and his family enjoyed many hours sailing on the Wild Goose and he used her to visit troops in Vietnam during that tragic conflict.  He also used her to entertain various guests, to include Ronald Reagan, Richard Nixon and Sammy Davis Jr.  The Ship’s captain for sixteen years, Bert Minshell, made her and John Wayne the subject of a 1993 book entitled, “On Board with the Duke.”

The 136 foot-long yacht, which now has room for 127 guests, is currently available for various cruises and for rent for private functions.  Please contact Hornblower Cruises for cruise dates, times and further information.