The Thankful Arnold House is a historical home that was built in stages from 1774 to 1810. It was originally owned by Joseph Arnold and his wife, Thankful, and was passed on through their family for more than a century. The house remained generally unchanged and was not modernized much at all, thus effectively preserving the history within it. In 1963, the estate was purchased by Joseph and Thankful's great-great-grandson, Isaac Arnold, who then funded a project to refurbish it for the Haddam Historical Society. Through this society, the house is now historically preserved and can even be toured.

Front of the Thankful Arnold House viewed from the street. 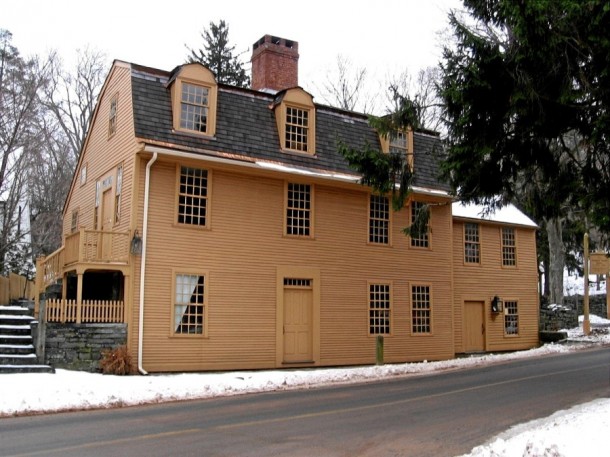 Sign indicating the house's name and its historical significance. 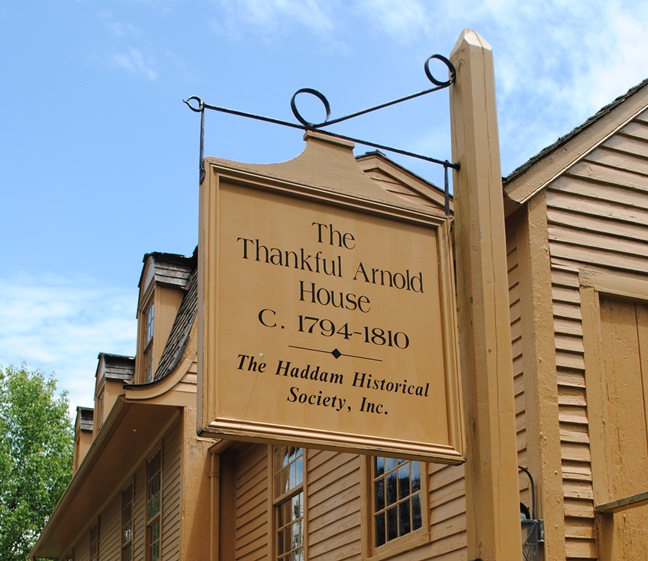 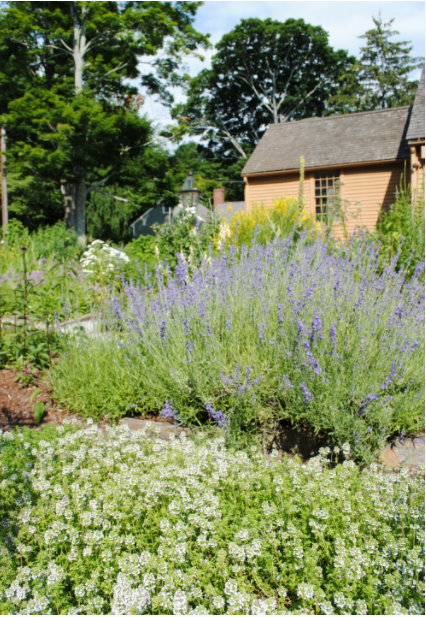 The Thankful Arnold House was built in the late 18th century and still stands today, making it a very historical part of the town of Haddam, Connecticut. It is named after a woman of the Arnold family, Thankful Arnold, who moved into the house with her husband Joseph in 1797. When they first purchased it, the house was not entirely complete as it can be seen today; as time went on and as the Arnold family developed more financial security, they were able to renovate and add to the house. These additions were completed in 1810, by which time the couple had six children; it is in this stage that the house can be seen and toured today.

In 1823, Joseph Arnold passed away, thus leaving the widowed Thankful with the house. Due to the sudden nature of Joseph’s death, there was a threat of the estate being liquidated; however, this was prevented due to protections for widows. This allowed Thankful to keep one-third of the house but put the rest of the house up for sale. Her brother-in-law Samuel purchased the rest of the house, thus allowing for a trick way of keeping the estate entirely in the family. From then on, the house was passed down to Thankful’s daughter Nancy and beyond that to other descendants of the Arnold family.

This inheriting of the house went on for about a century until 1963 when Thankful and Joseph’s great-great-grandson, Isaac Arnold, purchased the house and funded its renovation for the Haddam Historical Society. It is now preserved as a historical site and is an ever-present part of the town’s legacy. Many local schools bring children to tour the house, often annually, to provide a sense of historical roots at home.

The Thankful Arnold House is also home to one of Connecticut's Historic Gardens. Although not the original garden, the Connecticut Herb Study Group conducted extensive research to select plants commonly grown in household gardens in the lower Connecticut River Valley in about 1830, thus making the garden reminiscent of what Thankful herself would have planted. The garden features granite-edged beds and gravel paths, over fifty varieties of herbs, vegetables, and a small collection of annual flowers.