This museum preserves and shares the history of the region from its Native American inhabitants to the current diverse population of the state. The museum is housed within the Lord Mansion, an early 20th century estate that originally belonged to Clarence J. Lord and his wife Elizabeth. Lord was a prominent banker in Olympia and served as its mayor from 1902 to 1903. The museum complex includes the Lord Mansion, the Carriage House, and the Delbert McBride Ethnobotanical Gardens. These gardens offer a habitat for native species and is named in honor of a former museum curator. The museum offers a variety of exhibits, as well as educational programs and support for educators throughout the region. 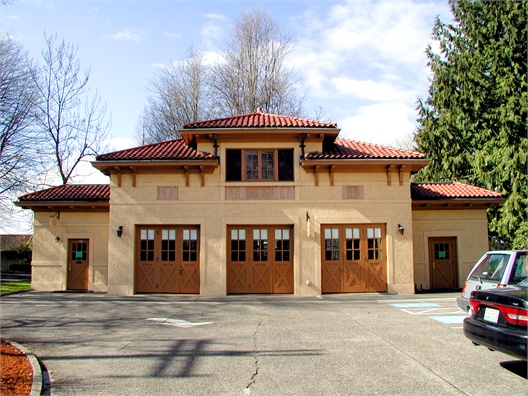 The Courtyard of the museum.

The museum is located in the historic Lord Mansion which is full of historic furnishings as well as museum exhibits. 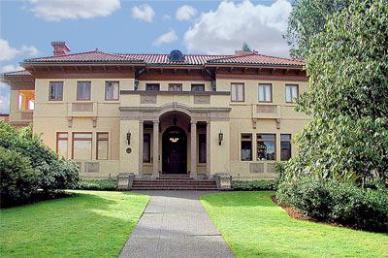 The Lord Mansion stands as one of the few genuine mansions in the Olympia area. Originally built in 1923 for Clarence J. Lord and his Elizabeth. Clarence was a prominent banker and had served as mayor from 1902 to 1903. He was also an adamant supporter of keeping Olympia as the state capitol, and argued strongly against changing that during his time as mayor. This staunch support for this tradition is even more surprising when one realizes that like many of the prominent Olympians, the Lords came from the east coast.("The Lord Mansion and Gardens.")

Clarence and Elizabeth were originally married in 1890 in the Hudson River Valley in New York. The couple then moved out west where Clarence established the Capital National Bank, which was able to prosper despite the troubled economic times of the late 19th century. Elizabeth was a prominent member of many philanthropic organizations and even founded a chapter of the Daughters of the American Revolution. The couple had their only child in 1904, when they welcomed their daughter Helen into the world.Ibid

In 1923 the Lords commissioned the architect  Joseph Wohleb to design and build their mansion in the prosperous South Capitol neighborhood. Wohleb was raised and trained in California, which gave much of his work a Southwestern feel, as reflected in his use of stucco and tile work. There is also a matching “coach house” on the property. This served as a garage for Mr. Lord’s motor car collection, as well as housing for his Chauffeur.Ibid

The family stayed in the mansions for only fourteen years, when Clarence J. Lord passed away in 1937. His wife Elizabeth and their daughter Helen donated the mansion to the state of Washington, with the suggestion (read condition) that it be used as a museum. This began a long path which culminated in the museum opening in 1942, after the Daughters of Pioneers petitioned the governor to create bill authorizing the creation of the Washington State Capital Museum Association, which oversaw the transition from private home to public institution. In 1993 the museum merged with the Washington State Historical Society and remains with that organization today.Ibid

As of March 2016, the main museum is closed for repairs and renovations although the grounds, gardens, and coach house are still available to visit.