The American Revolutionary Battle of Bound Brook took place on April 13, 1777 and resulted in a British victory, though not a very impactful one. During the winter, detachments of the Continental Army continuously harassed and ambushed British movements (the British did the same). They operated from outposts like the one at Bound Brook, which, at the time of the attack, had only 500 troops; it was also located up the river from the main British encampment at Morristown. The British, knowing the small size of the garrison, decided to capture the entire garrison with a large force of 4,000 troops—led by General Cornwallis—in a surprise attack. The attack was not a complete surprise however, as sentries engaged with a force before the main British lines came up. This gave most of the men in the outpost time to escape, including its commander Major Benjamin Lincoln. It is not fully clear how many American troops casualties there were but the range is between 40-120; canons were taken as well. Only a few British troops were wounded. Lincoln left so quickly that he left personal papers and belongings behind. Washington decided to abandon the outpost, which was difficult to defend, on May 26 and moved his force to the Watchung Mountains, which provided an excellent viewpoint from which to observe British movements. 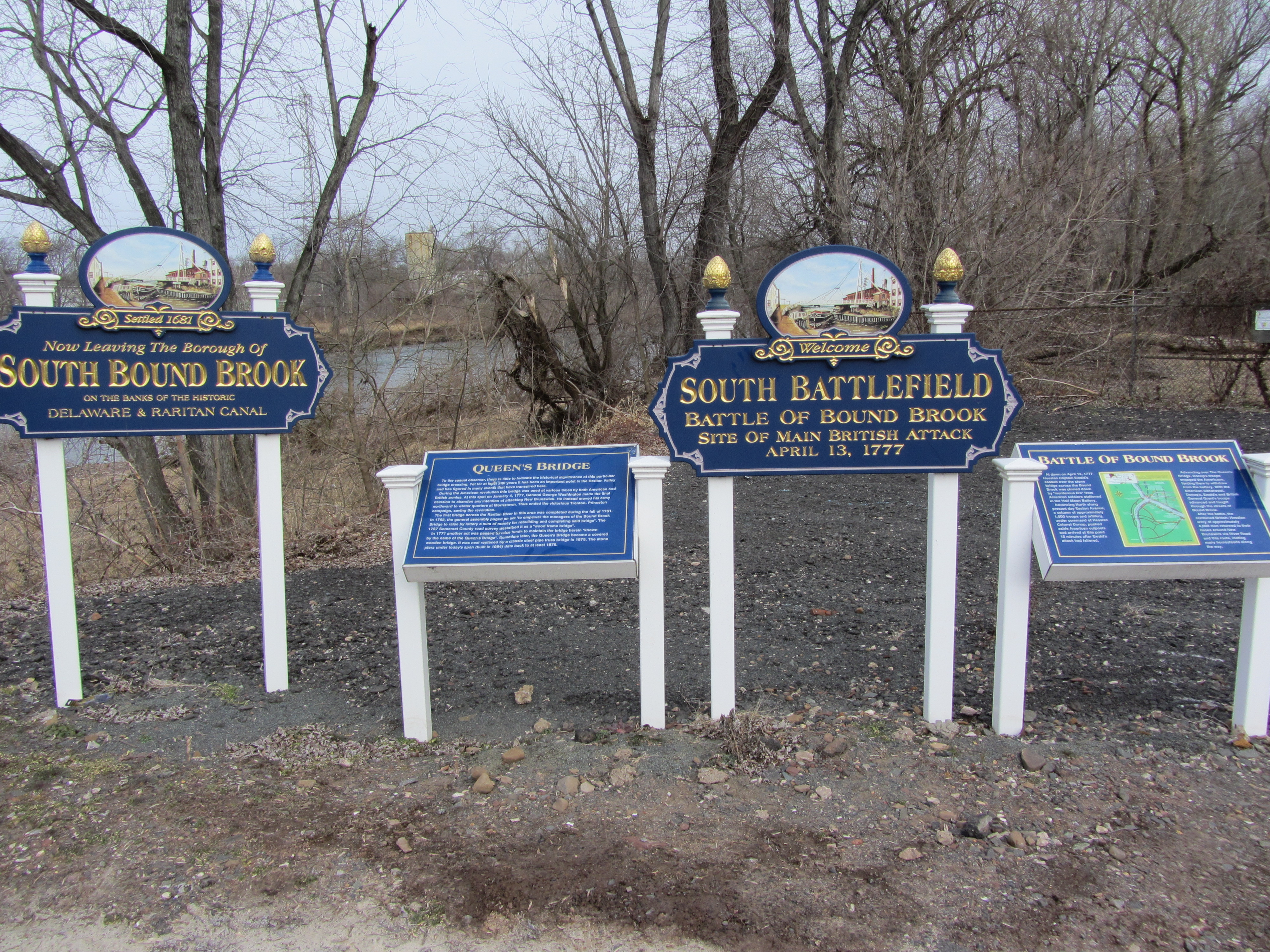 Map of the battle. Washington sent a large force to support the troops at the outpost but it arrived after the British ransacked it. 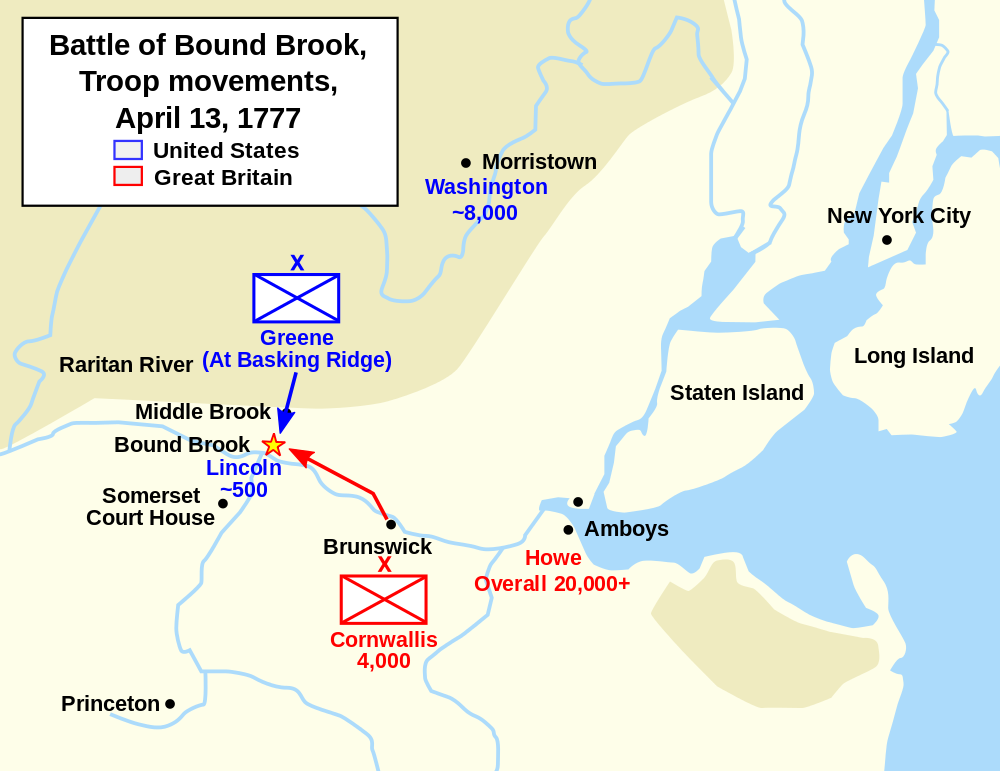