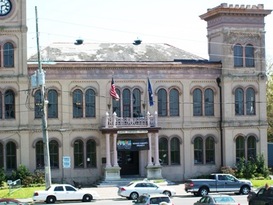 Location of Algiers within New Orleans 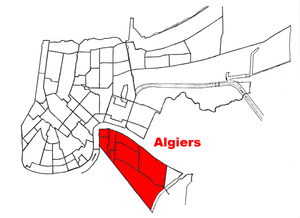 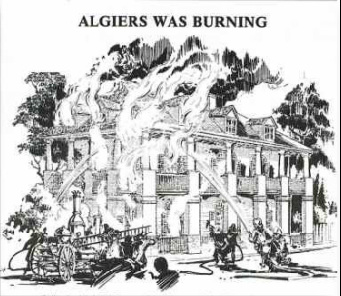 Still an active New Orleans community, the Algiers neighborhood has a long and colorful history. A colonizer from Montreal, Quebec, Jean Baptiste le Moyne, Sieur de Bienville (February 23, 1680-March 7, 1767) was granted the land that later became Algiers in 1719. This year is often cited as the area’s founding, which would make it one of the oldest neighborhoods in modern-day New Orleans. However, the area’s transition from private plantation to town did not occur until the early nineteenth century. Due to the relatively high ground of the area, Algiers became home to a powder magazine. A slaughterhouse was also built here, granting it the nickname Slaughterhouse Point for a number of years.

During the eighteenth century, Algiers served as a holding area for slaves to recover from their sea journey before being sold across the river. Algiers also served as a holding area for the Cajuns expelled from Nova Scotia. Between 1755 and 1764, the British forced the Acadian people to leave an area known as Acadia located in present-day Canada. This area included Nova Scotia, New Brunswick, and Prince Edward Island. This occurred during the French and Indian War. Other important historical events that occurred in Algiers include the Battle of New Orleans, which was fought in January of 1815. It took place on the West Bank of present-day Algiers. The Battle of New Orleans was part of the War of 1812. During the 1850s, Algiers became home to the eastern terminus of the New Orleans, Opelousas, and Great Western Railroad.