Built as a series of six private homes around a central complex between 1882 and 1884, this architectural masterpiece is now the Lotte New York Plaza Hotel. The complex was financed by Henry Villard, president of the Northern Pacific Railway. Unfortunately for Villiard, the railroad construction boom outpaced the growth of the economy and he lost his fortune shortly after the "Villiard Homes" went on the market. The property was used as private residences until 1943 when it became home to the Women’s Military Services Club--a space that offered accommodation for thousands of women who joined the armed forces during World War II. Today, the hotel hosts guests from all over the world and the Villard Ballroom serves as a venue for weddings and other social gatherings.

The interior of the recently-renovated hotel 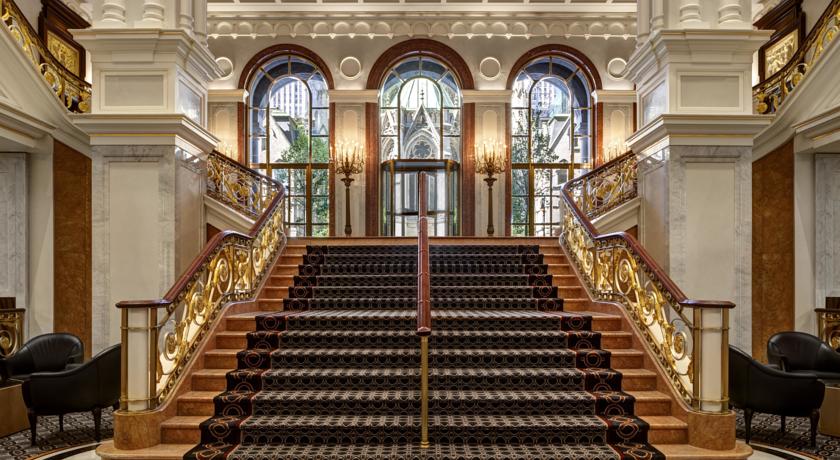 A historic photo of the property from the early 20th century 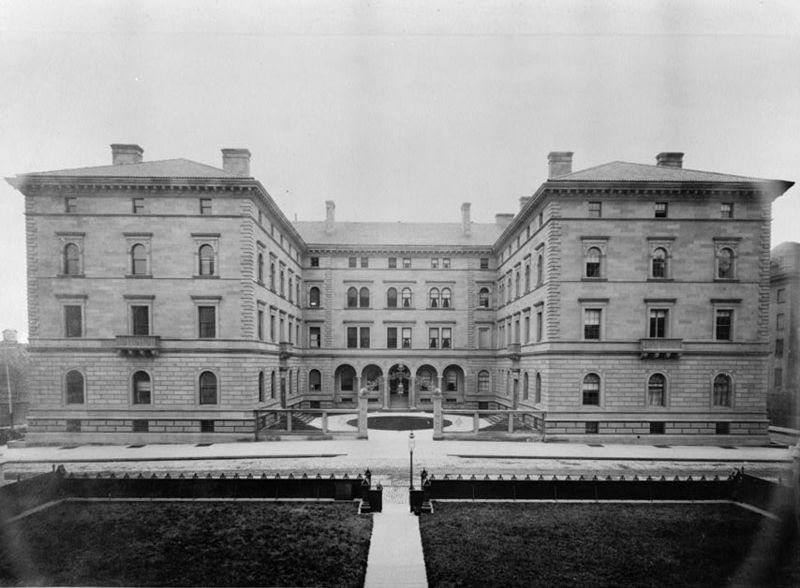 Commissioned by Henry Villard, McKim, Mead & White designed and constructed the building beginning in 1882. The original houses were styled in a neo-Italian Renaissance tradition. However, some of the most popular rooms in the current Hotel did not come until later. The Madison Room, a triple drawing room, was designed in 1891. This room is characterized by light green marble walls, dual fireplaces on each side of the room, and morals created by P.V. Galland. There are also stained glass windows, decorative mosaics, and gilded capitals that add to the room's beauty.

Other add-ons and changes came over the years as the buildings eventually ended up in the hands of Publisher Random House and the Archdiocese of New York, who might have demolished the site at several points in its history had it not been for the work of the Municipal Art Society of New York. With the help of the Society, the Archdiocese sold the property to real estate developer Harry Helmsley in the 1970s. Hemsley built a 55-story tower hotel behind the property, and he worked to incorporate the former Villard Houses into the grand hotel. The hotel opened in 1981 and stayed in the Hemsely family until the early 1990s, when the Sultan of Brunei purchased the property from bankruptcy court after the aging Hemsley and his wife were found guilty of tax evasion.

The property was soon involved in another legal struggle and was acquired by Northwood Investors in 2011. The property is currently operated by Lotte Hotels and Resorts. It provides 909 guestrooms and one of the most sought after event venues in New York City. With its location in Manhattan, the hotel provides a spectacular view of New York and is a great location for visitors.