Fort Tyler was located on Gardiners Island off the coast of the town of East Hampton in the Block Island Sound. The fort was constructed in the late 1890s in order protect against possible attacks from Spain during the Spanish-American War. Although this fort never saw action, it was used for military training and simulated "war games" during the early 1900s. In subsequent decades, the island was used as a target range for pilots and bombardiers of the Army Air Corps. 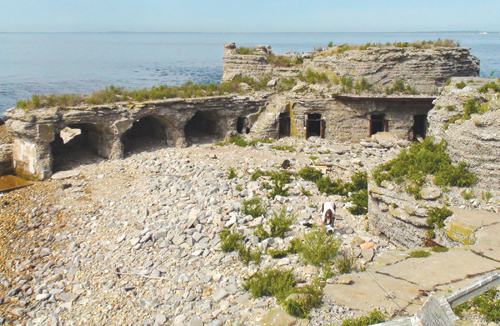 Historic photo of the fort during its years of operation as a coastal defense station. 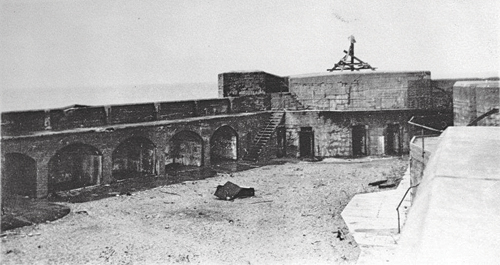 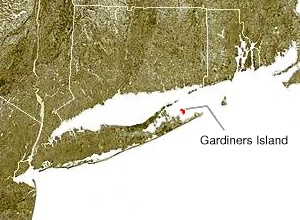 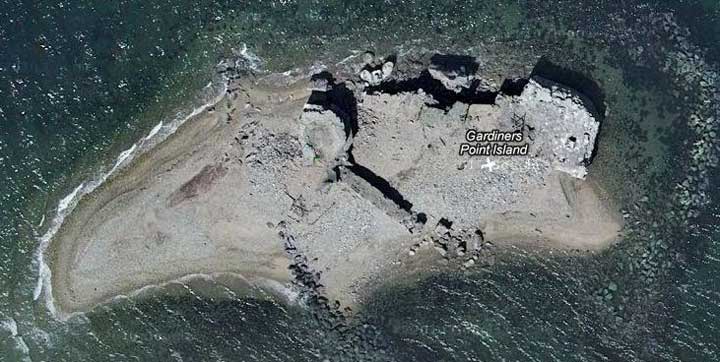 The federal government purchased land from the Gardiner family and established a lighthouse on the island prior to the Civil War. In 1894, a major hurricane damaged this lighthouse and it crumbled into the Block Island Sound. In later years, the Army constructed Fort Tyler as tensions with Spain led to war. President John Tyler who married Julia Gardiner.

The military deployed to Cuba, the Philippines, and other Spanish-controlled islands but also feared a possible Spanish attack on New York City. As a result, fort Tyler was built as a coastal defense station with four to six batteries. Spain quickly surrendered and the United States never faced a credible threat of invasion, and Fort Tyler became used for training purposes.

The batteries of this fort held 8 inch guns that could battle the 8" guns of cruisers and battleships. Throughout World War II the fort was used for target practice, both from submarines and aircrafts. Today Fort Tyler is known as "The Ruins" due to this bombardment and their are no tours of this historic sight.

The island is believed to contain unexploded ordinance